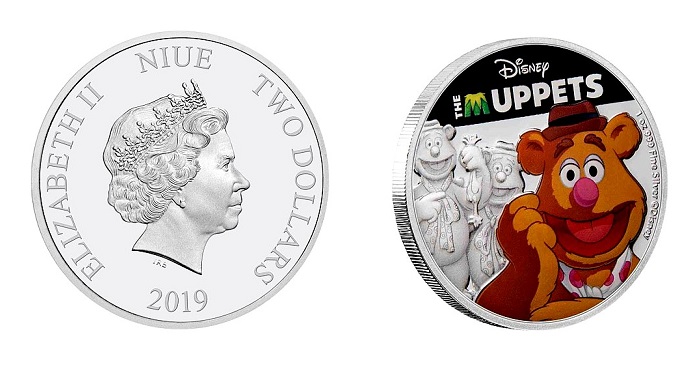 The government and treasury of Niue have issued (27th May) new silver crown coins which are part of the current coin series featuring The Muppets characters. Launched earlier this year with the first coin featuring the world’s most famous frog, Kermit, the second coin features his best chum, Fozzie Bear.

The Muppets, which is a combination of the two words “marionette” and “puppet,” are the creation of Jim and Jane Henson in 1955. Kermit the Frog made his first television debut the same year on a locally-produced children’s show entitled “Sam and Friends,” which aired twice a day from Washington D.C. until the end of 1961. The Muppets made their national impact on American television in 1969 with the launch of the Children’s Television Workshop, the project behind the educational series Sesame Street.

Miss Piggy would join Kermit and Rowlf the Dog, Fozzie Bear, Gonzo, Oscar the Grouch, and Big Bird, to name a few. The characters became immensely popular with both children and adults alike, when, in 1975, some additional Muppets characters joined the cast of Saturday Night Live for some sketches in the late-night comedy show. The next year, The Muppets featured in their own variety show, essentially parodying a vaudevillian theme with performances and guest stars. The Muppets went from strength to strength in terms of mainstream popularity when the cast appeared in a full-length movie entitled “The Muppet Movie,” which was released in 1979. The premise was a musical road comedy film conceived by The Muppet Show writers Jerry Juhl and Jack Burns.

Featured on the second coin is the loveable Fozzie Bear, whose persona is that of a good-natured fedora-wearing vaudevillian comedian. He doesn’t always seem to get the joke right but he’s still trying to get the audience to laugh — even if it means using a prop such as a rubber chicken! His catchphrase of “Hiya, hiya, hiya…” is part of his opening routine where the fidgeting bear will at times struggle to get the joke right, but perseveres, which endears himself to the audience. Of course, there is also a story of how Fozzie and Kermit met and that alone is cause to sit up and take notice. Fozzie was the self-proclaimed the “funniest stand-up bear comedian in the world.”

As fate would have it, Kermit the Frog happened to be in the audience one night, and, impressed by Fozzie’s perseverance and his willingness to suffer the slings and arrows of outraged viewers, asked him to join a new show he was producing. 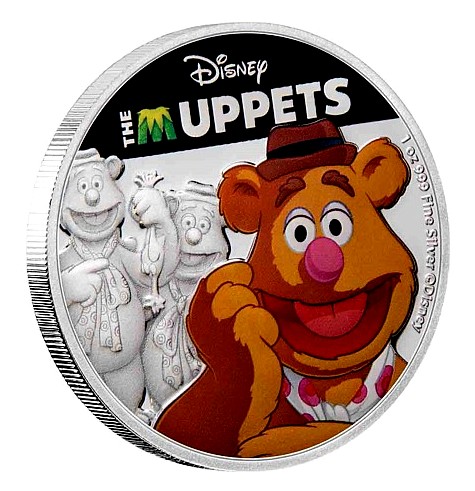 The coins are produced by the New Zealand Mint at their facilities in Auckland, on behalf of the treasury of Niue. The reverse side of the silver Proof and colour coin includes a depiction of the jovial Fozzie Bear shown in colour, with a background of engraved relief of additional images of Fozzie — where he is holding the ever-present rubber chicken. Above the primary design is a banner with THE MUPPETS logo that also includes the Disney logo. 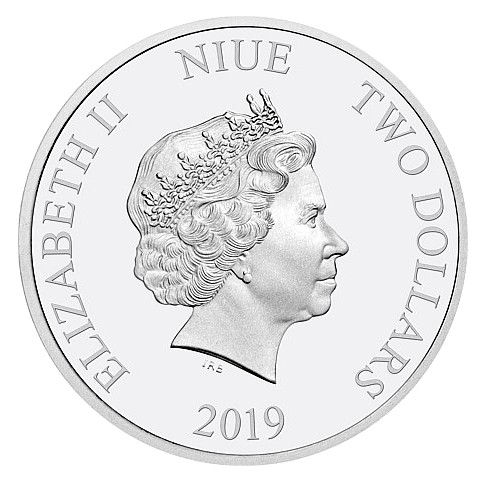 The obverse side includes an effigy of HM Queen Elizabeth II created by sculptor Ian Rank-Broadley. The denomination of TWO DOLLARS and the issuing authority of NIUE are seen in the legend surrounding the Queen’s likeness with the year of issue, 2019, placed below. 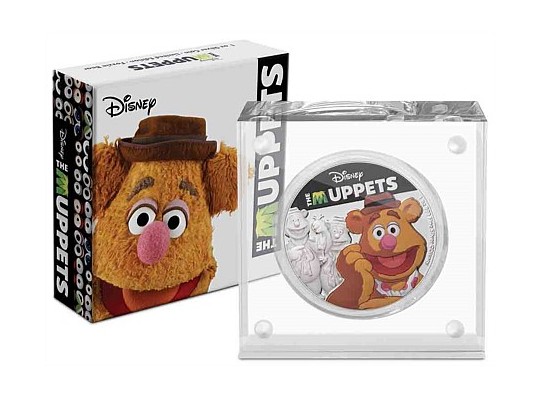 Each coin is encased in a square-shaped Perspex or lucite container which frames and houses the coin, allowing for easy display of both sides. The packaging contains a uniquely numbered certificate of authenticity and the outer box has been designed to complement the Muppets series and theme. For additional information about this coin and others issued by the treasury of Niue, please visit the website of the New Zealand Mint.