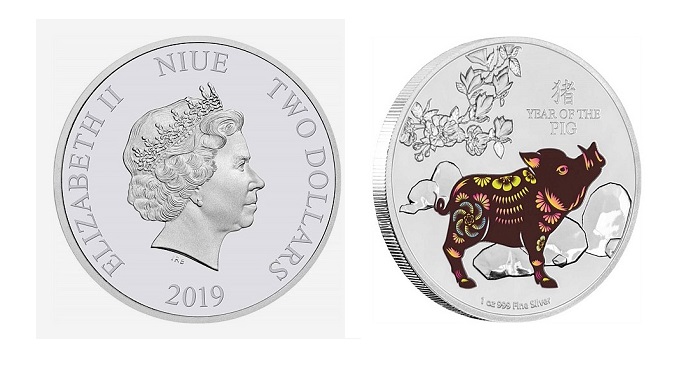 The treasury of the South Pacific Island nation of Niue has released 2019-dated coins which celebrate the Lunar Year of the Boar, commencing on the 5th February 2019. This is the last year in what is a 12-year cycle, which will see the first zodiac symbol celebrated in 2020.

According to legend, it was the Jade Emperor who declared that the animals’ place in the zodiac would be decided by the order in which they arrived to his party. One legend alleges that the Boar was late simply because he overslept, but, another story tells of the scenario of a wolf destroying his house. Before the Boar sets off to attend the party of the emperor, he had to rebuild his home before leaving, and, as a result, the Boar was the last to arrive and thus occupies the 12th place. The eight recent cycles, or years, of the Boar include 1935, 1947, 1959, 1971, 1983, 1995, 2007 and 2019.

Each symbol of an actual or mythical animal is said to display certain personality traits, qualities, and attributes associated with that symbol for the person who is born during that year. The Boar, or Pig, is said to have a beautiful personality, blessed with good fortune in life. These traits may be due to their chubby faces and big ears which are considered signs of fortune. Although the Pig might not stand out in a crowd, they are very realistic.

Those born under the Year of the Boar tend not to be wasteful spenders, but despite their thrift, they will let themselves enjoy life. They love entertainment and will occasionally treat themselves, being somewhat materialistic, and this works as motivation to work harder. Those born during the Year of the Boar are energetic and are always enthusiastic, even for boring jobs, but if given the chance, they will take on positions of power and status with greater enthusiasm. 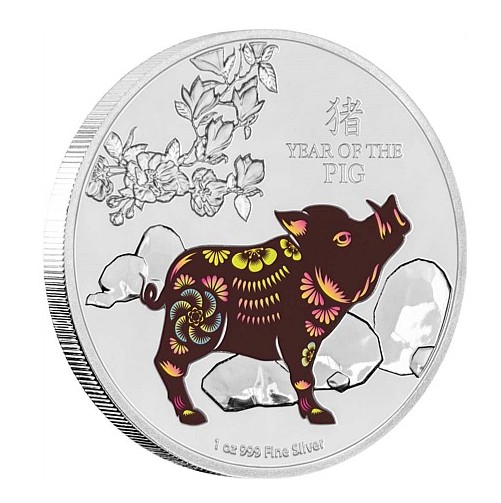 The coins are produced by the New Zealand Mint at their facilities in Auckland, on behalf of the treasury of Niue. The reverse side of the silver coin features a colour depiction of a strong, earth-coloured boar softened by floral motifs. The polished background features engraved flowers and rocks to represent the earth and signifying a steady wealth foundation. Year of the Pig is engraved in English along with the Chinese character for “pig.” 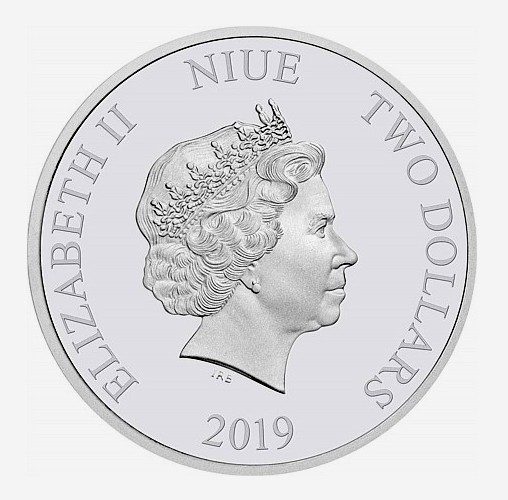 The obverse side includes an effigy of HM Queen Elizabeth II created by sculptor Ian Rank-Broadley. The denomination of TWO DOLLARS and the issuing authority of NIUE are included in the legend surrounding the Queen’s likeness with the year 2019 placed just under the portrait. 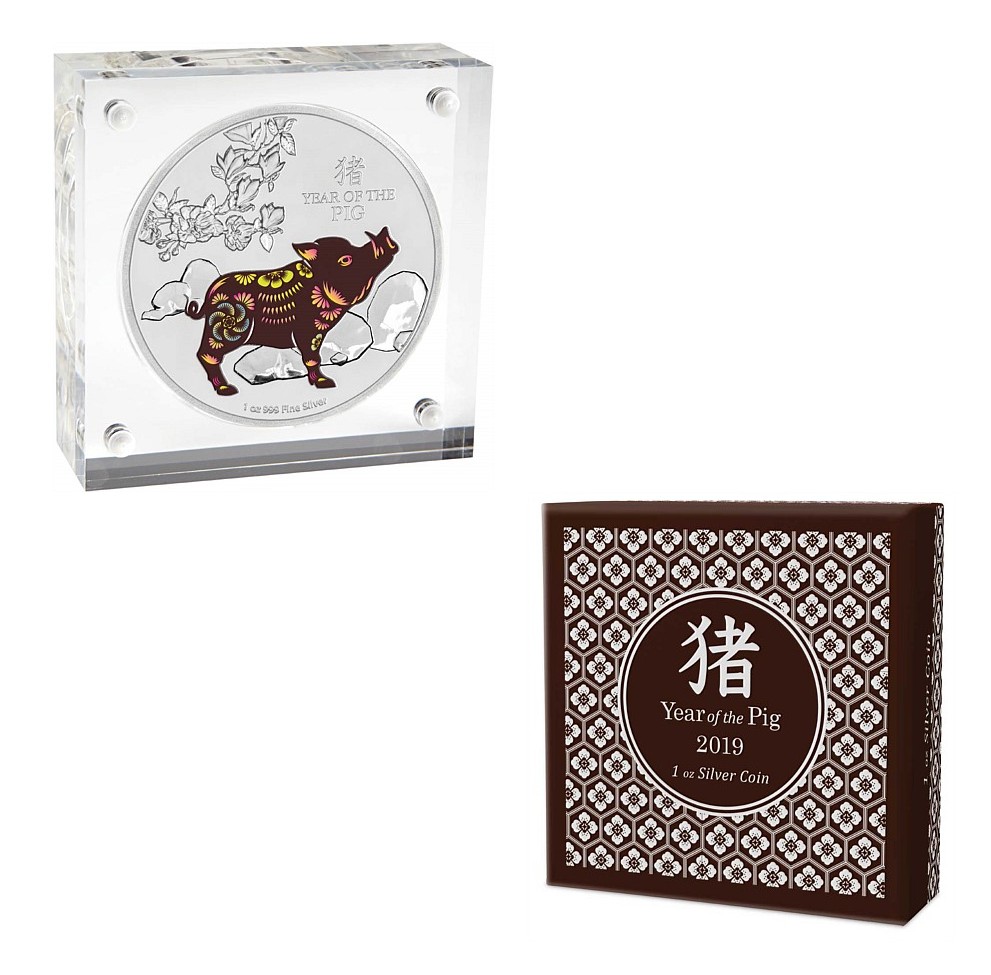 Each coin is encased in an innovative Perspex or lucite coin container in the shape of a block, which frames the coin and allows for easy display. The packaging contains a uniquely numbered certificate of authenticity and the outer box has been designed to complement the lunar year and zodiac theme. For additional information about this coin and others issued by the treasury of Niue, please visit the website of the New Zealand Mint.