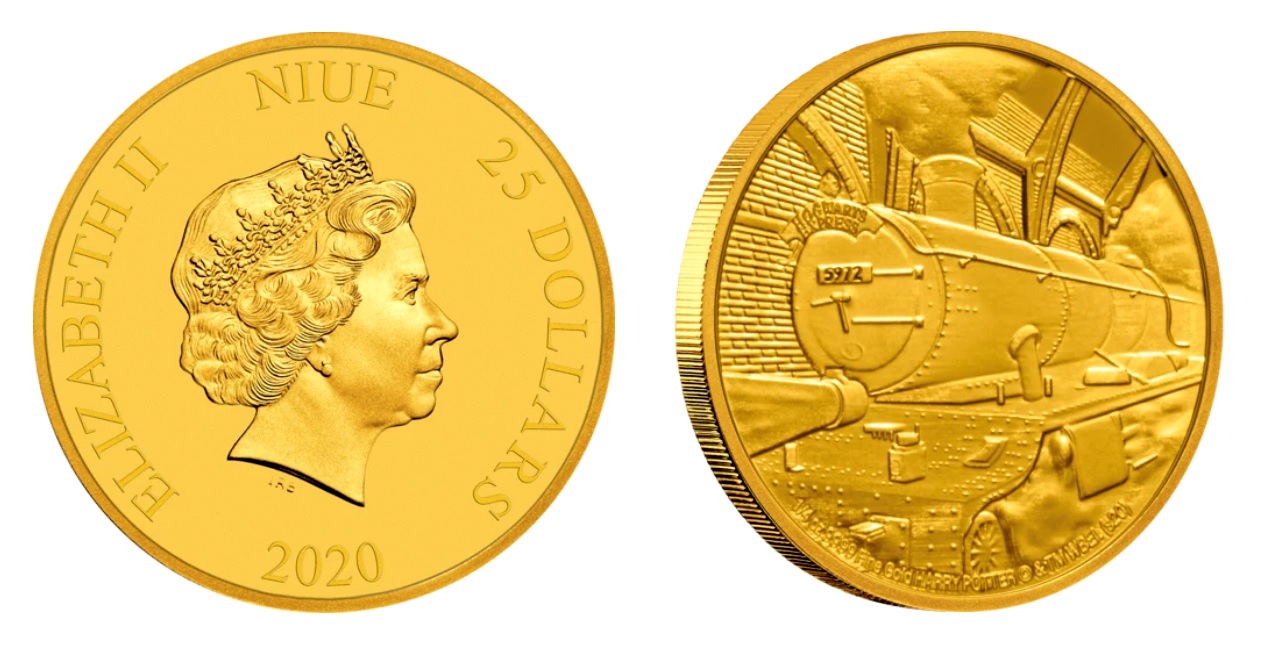 The treasury of Niue has released the second coin in their recently introduced series based on the immensely successful stories of Harry Potter. Based on the books written by J.K. Rowling, the tales have travelled the world over, creating a franchise resulting in merchandising, record-book sales, and, of course, an astounding eight motion film blockbusters beginning in 2001, with the most recent instalment released in 2011. The second coin focuses on Harry and his fellow wizards’ mode of transportation, the Hogwarts Express, which is the only way to the Hogwarts School of Witchcraft and Wizardry.

Based on an actual train model, the 5972 Olton Hall was built in April 1937 at Swindon Works for the Great Western Railway, a service which linked London with the southwest and west of England, the West Midlands, and most of Wales. The 5972 was first allocated to Carmarthen, South Wales, where it remained until 1951. It was withdrawn in December 1963 and sold the year later. The train was moved to the Horbury Railway Works in Wakefield in May 1981, and in 1994 it was moved again to a railway depot located in the town of Carnforth, Lancashire, for restoration where it was re-started as a steam engine for the first time in 1998. The 5972 Olton Hall locomotive came into great prominence once again in the 2000s when it was used in the Harry Potter film series as the sole mode of transport, being renamed the Hogwarts Express. 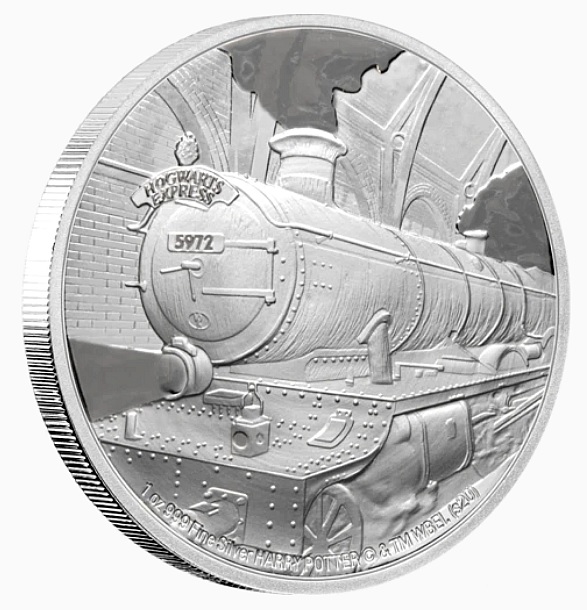 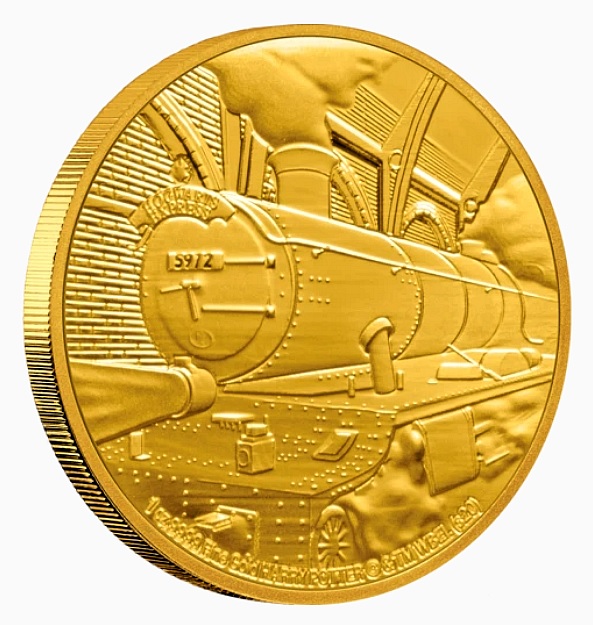 The coins are produced by the New Zealand Mint at their facilities in Auckland, on behalf of the treasury of Niue. Depicted on the reverse of all gold and silver variations of the coins is an iconic image of this magical train at the fictitious Platform 9¾ at King’s Cross Station. The model number 5972 is displayed prominently on the face of the engine. 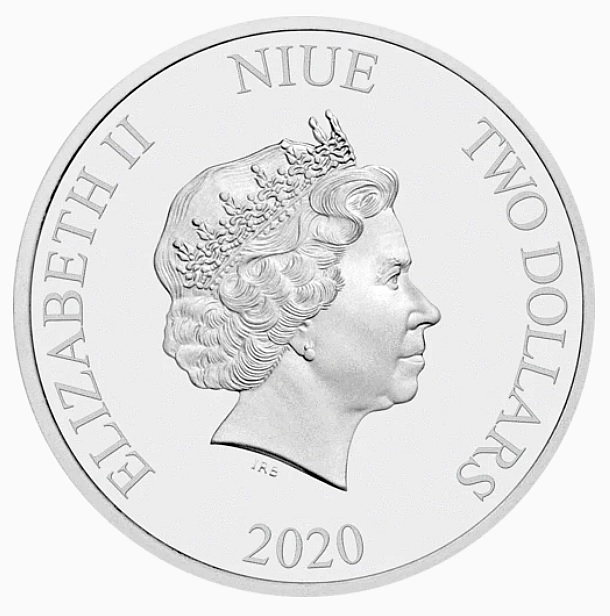 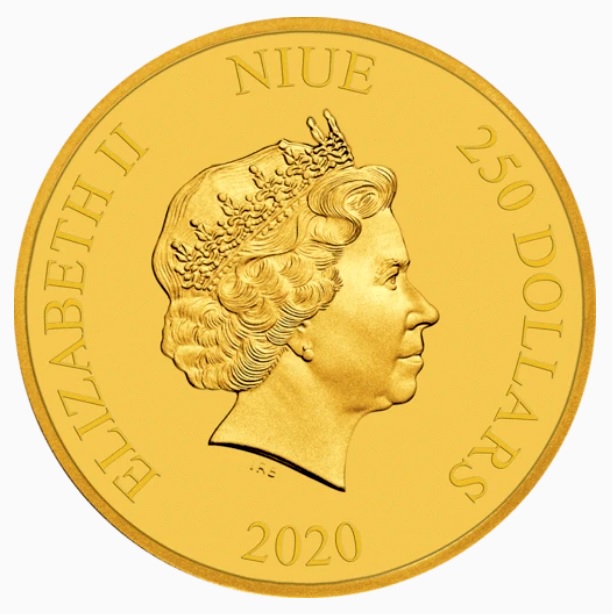 The obverse side includes an effigy of HM Queen Elizabeth II created by sculptor Ian Rank-Broadley. The denomination of 250 DOLLARS (gold one-ounce), 25 DOLLARS (gold 1/4-ounce), or TWO DOLLARS (silver one-ounce), and the issuing authority of NIUE are seen in the legend surrounding the Queen’s likeness with the year of issue, 2020, placed below. 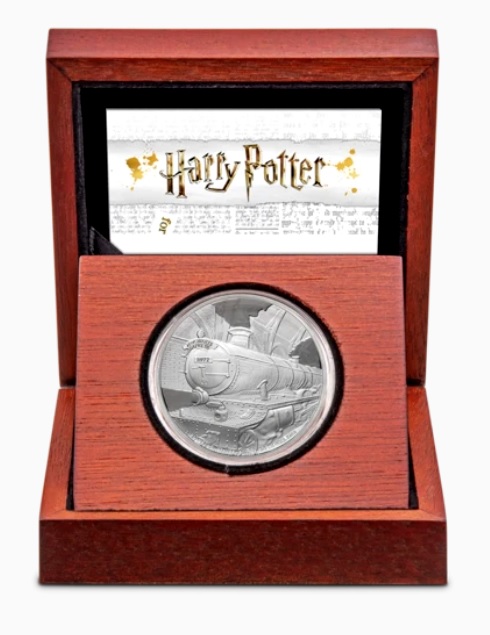 Each coin is presented in a specified case according to the gold or silver option and is accompanied by a numbered certificate of authenticity.

The new range is currently available to order and will be dispatched within the current regulations of COVID-19 set by local and national ordinances. 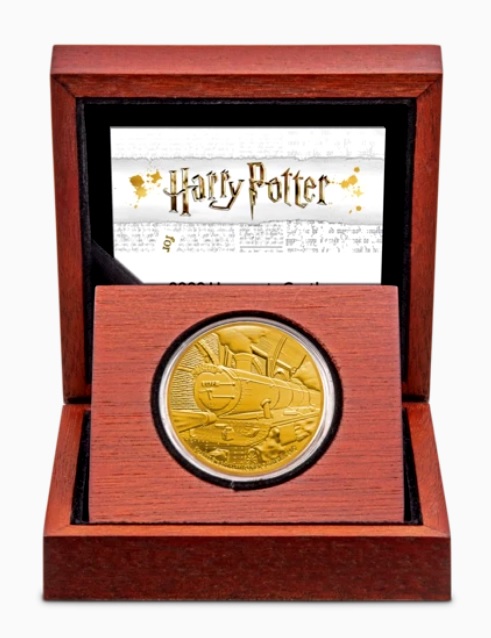 For additional information about these coins and others issued by the Treasury of Niue, please visit the website of the New Zealand Mint.