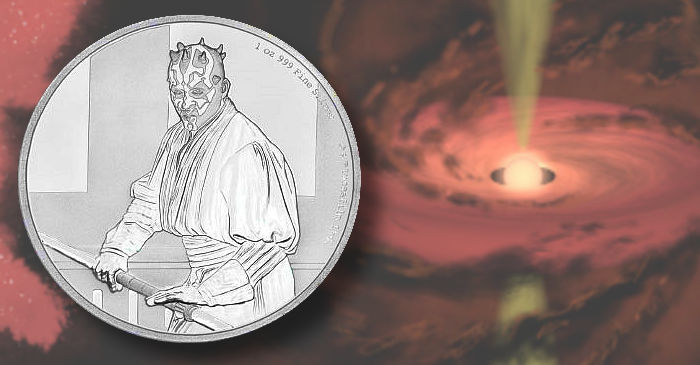 The government and treasury of the Pacific Island nation of Niue have issued (11th June) their latest coins which are part of an ongoing series of collector coins featuring the many Star Wars characters from the very successful franchise of the same name. The latest coins feature the formidable warrior and Sith apprentice, Darth Maul, and is also the 12th character to feature in the Star Wars Classic coin collection since it was first launched in 2016.

Released in 1999, Star Wars: The Phantom Menace took fans back to where it all began. The character Darth Maul was a formidable warrior and silent servant to his master Darth Sidious. He wielded an intimidating double-bladed lightsaber and fought with a menacing ferocity. Though he fell in battle against the saga’s enduring hero Obi-Wan Kenobi, Darth Maul was a tough Zabrak (who are a humanoid carnivorous species from Dathomir — the planet where Maul was raised) who would prove to be much harder to destroy than originally believed, given his cameo appearance in Solo: A Star Wars Story, revealing that he survived what was thought to be a fatal bisection in The Phantom Menace. 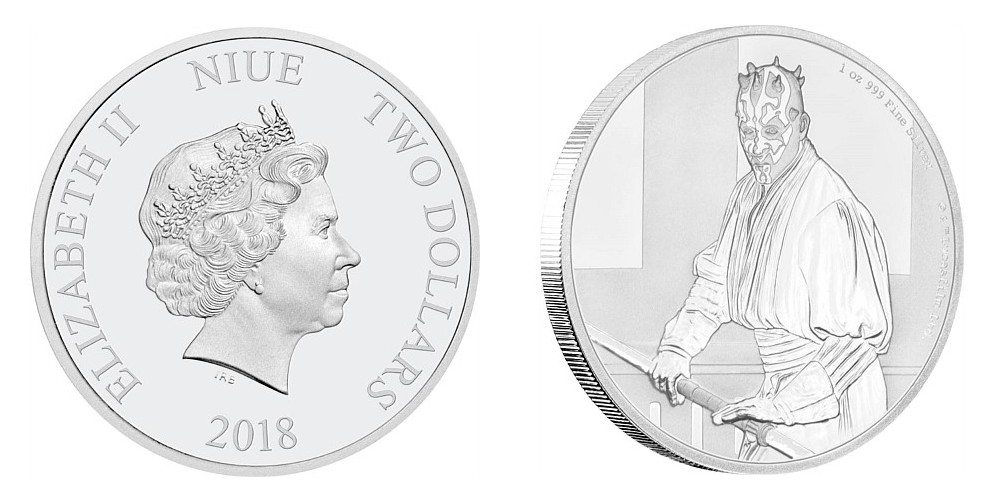 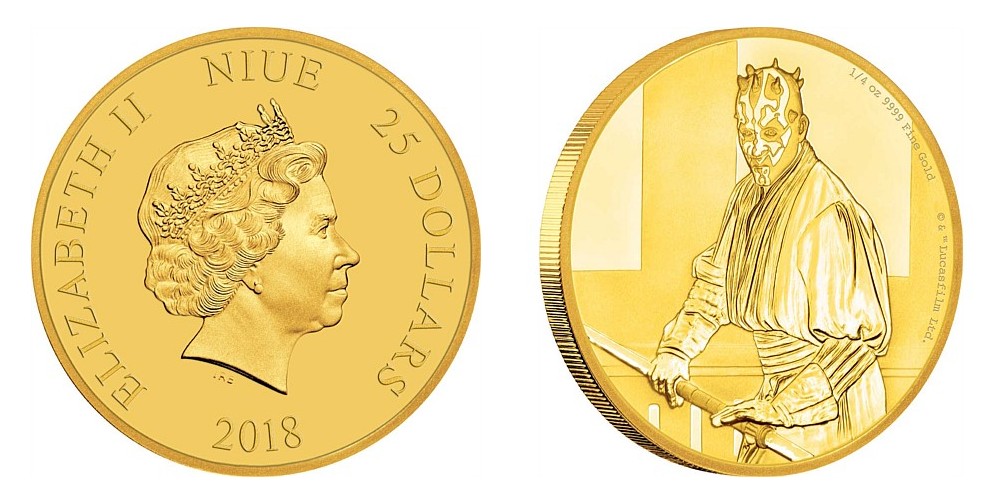 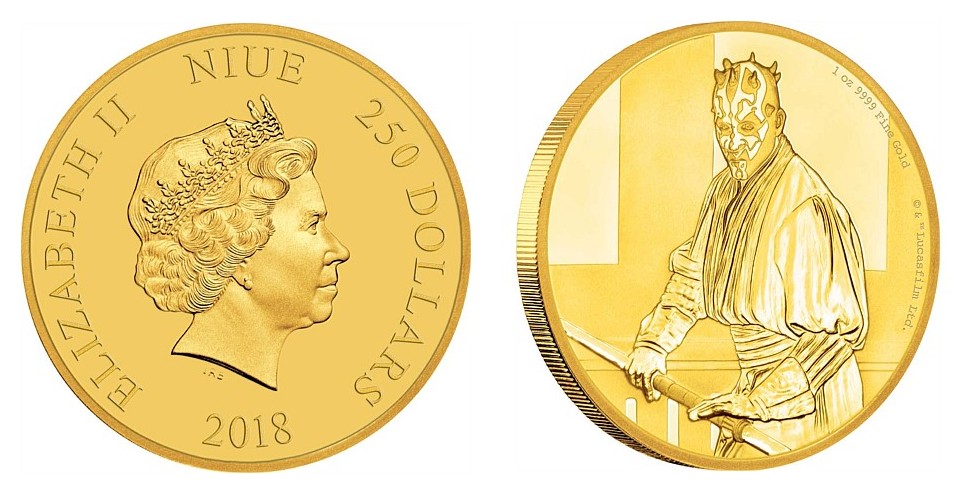 The coins, which are issued as one-ounce gold, 1/4-ounce gold, and one-ounce silver variations, are produced by the New Zealand Mint on behalf of the treasury of Niue. The reverse design features a depiction of Darth Maul, an image which should be very familiar to Star Wars fans. He is shown with his signature double-bladed lightsaber which he wielded so skilfully in the Star Wars saga. The obverse includes the ever-classic effigy of HM Queen Elizabeth II, which was created by British sculptor Ian Rank-Broadley, along with the coin’s denomination in the legend placed around the effigy. 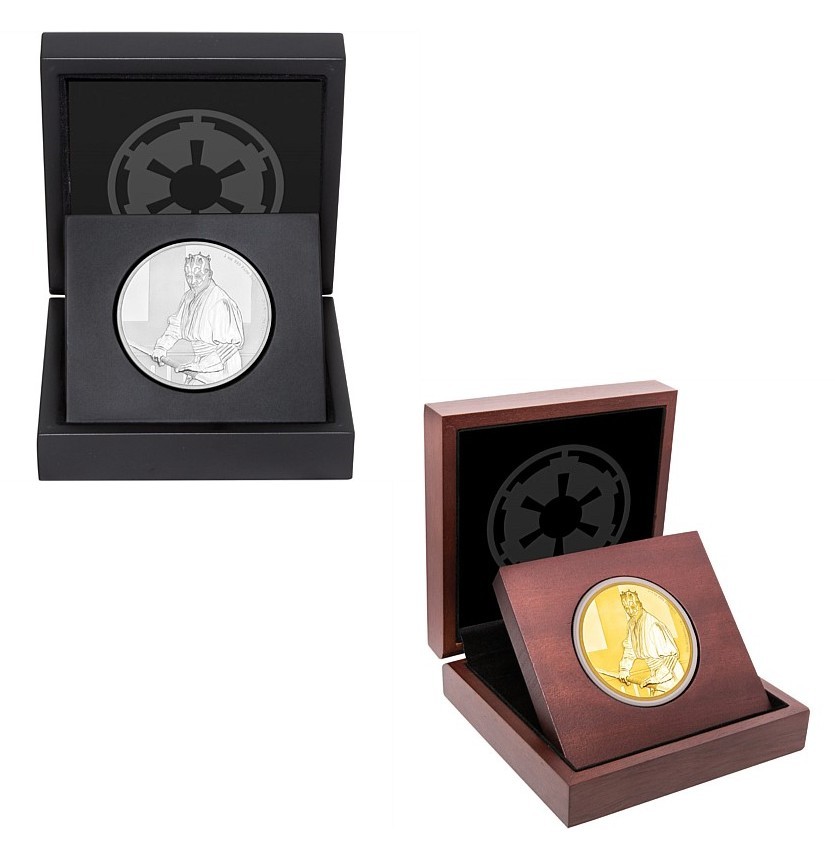 Each coin is individually encapsulated and presented in Star Wars-branded custom-made coin packaging relevant to each of the three denominations and options. The certificate of authenticity is also inserted into the coin case. Each coin is available as a separate purchase. This item will be available to ship on Tuesday 19th June. For additional information on these coins and other coins that are part of the ongoing series from the treasury of Niue, please visit the website of the New Zealand Mint.