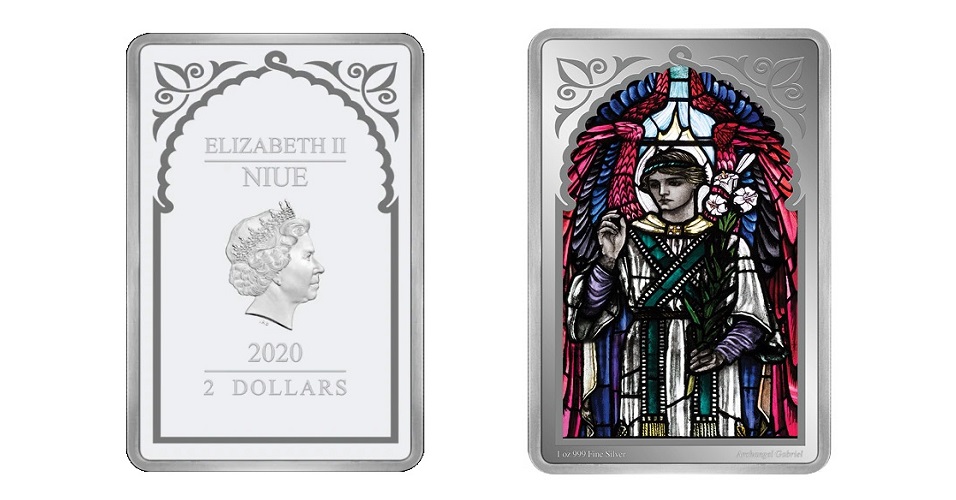 The government and treasury of Niue have launched (7th April) a new series of ingot-shaped Proof and colour coins which feature the four primary archangels. The word “archangel” itself is derived from two Greek words; the first, “arche,” is used to mean “ruler,” and the second, “angelos,” defines “messenger.” Archangels have two significant duties: The first is to rule over the other angels, and the second is to deliver messages from God to human beings. The four primary archangels are Michael, Gabriel, Raphael, and Uriel. In the New Testament, Gabriel is the bringer of happy news. In particular, he delivered God’s message to the Virgin Mary that she was with child and that the child should be known as Jesus.

The coins are produced by the New Zealand Mint at their facilities in Auckland, on behalf of the treasury of Niue. The reverse of the coin shows a coloured image of the archangel Gabriel, which is based on a stained glass image from a 1920 stained-glass window created by artist Mary Hutchinson. 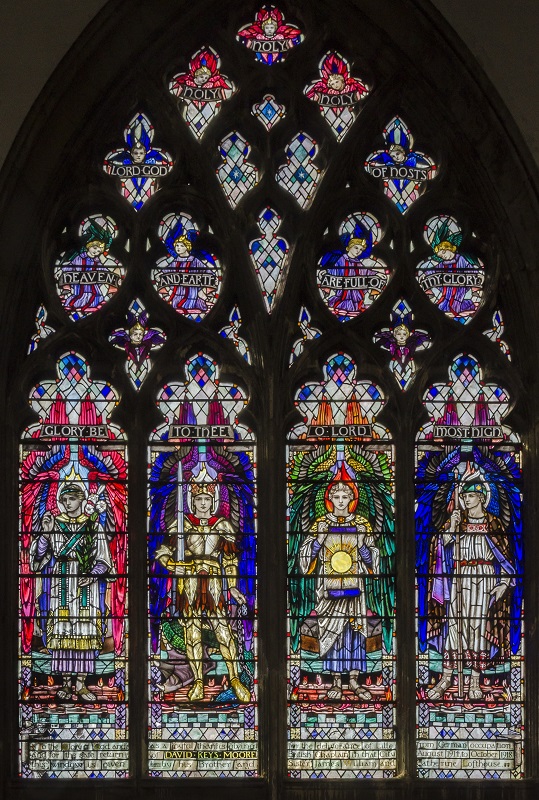 The ornate and exquisite glass is found in the Hull Minster, formerly the Holy Trinity Church, until the name was changed on the 13th May 2017. Hull Minster is the largest parish church in England by floor area and dates back to about 1300. The building contains what is widely acknowledged to be some of the finest medieval brick-work in the country. The stained glass works were created by Mary Hutchinson and completed in 1920, which was commissioned to commemorate the deliverance of Lille, France, and its inhabitants, as well as the safe return of the Reverend David Keys Moore after the Great War. The design is based on the prayer of the New Testament:

Therefore, with angels and archangels and with all the company of heaven we laud and magnify thy glorious name.

The four large figures on the stained glass are, from left to right: Gabriel, Michael, Uriel, and Raphael. 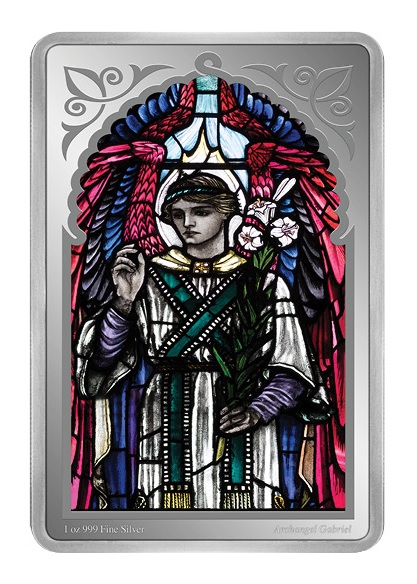 A beautifully engraved border frames the image of Gabriel. 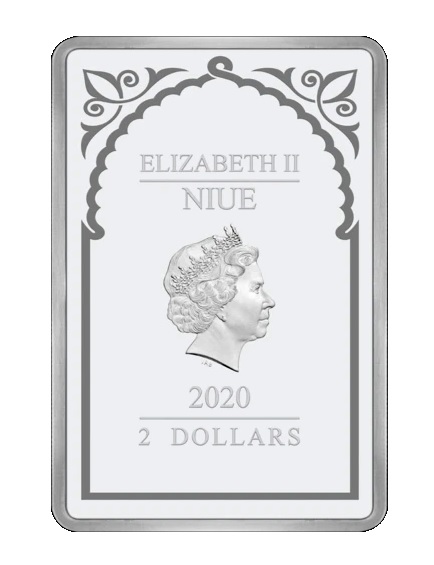 The obverse features an effigy of HM Queen Elizabeth II created by Ian Rank-Broadley with border engraving to match the reverse. The denomination of 2 DOLLARS is shown below the Queen’s likeness. 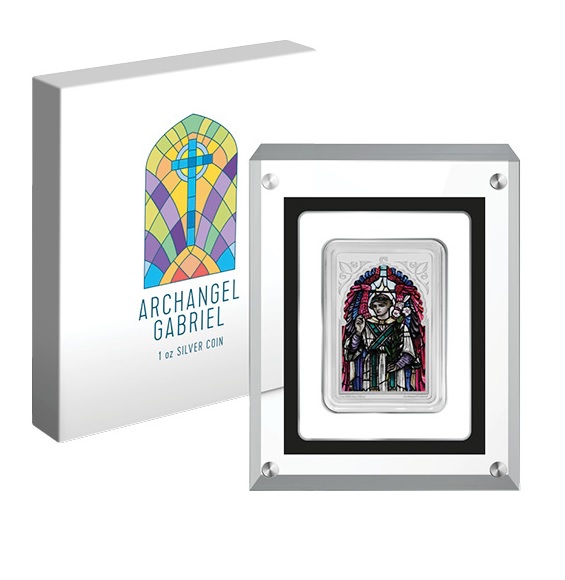 The Proof and colour coins are presented in an acrylic case for easy display of both sides. The case is magnetised to allow access to the coin. A numbered certificate of authenticity confirms the mintage of only 2,000 coins. The themed outer box reflects Gabriel’s energy colour of white, representing harmony and holiness. For additional information about this coin and others issued by the treasury of Niue, please visit the website of the New Zealand Mint.

IMPORTANT COVID-19 SHIPPING UPDATE: Due to COVID-19 restrictions, the offices of the New Zealand Mint will be closed until at least the 22nd April. Any products ordered cannot be shipped until their return to normal business.