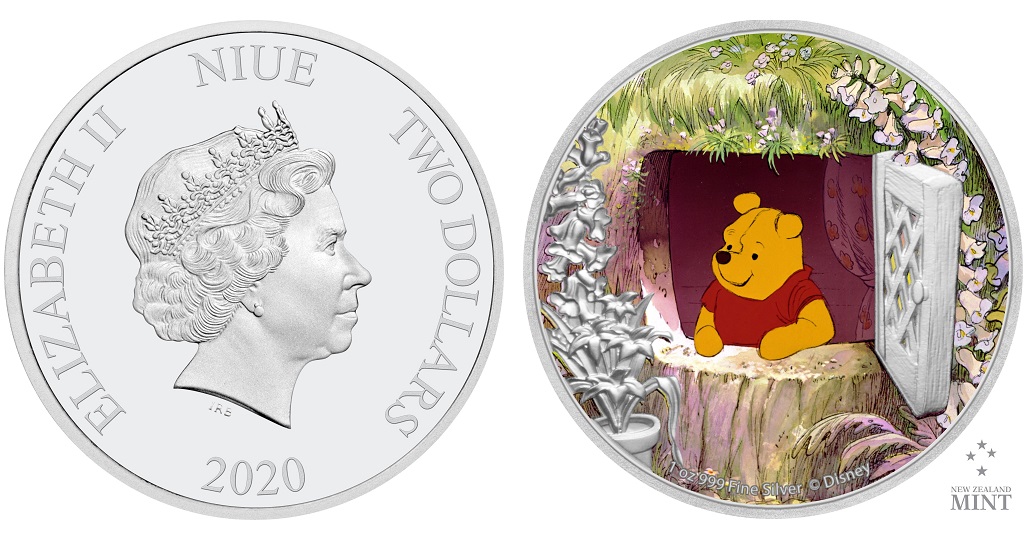 The government and treasury of Niue have launched a new coin series with colour designs based on the children’s classic stories of Winnie the Pooh. Created by Alan Alexander Milne (1882–1956) a successful essayist, humourist, editor at Punch Magazine and later a successful playwright in 1926. The stories were meant as a gift for his young son named Christopher Robin. The young boy’s toy animals actually inspired the characters, and Milne decided to use his own son’s name who became central to the stories as the young boy who becomes the benevolent leader of the congenial animals living in the forest.

Milne’s main character is Winnie the Pooh, shortened simply to “Pooh,” or, more formally, “Edward Bear.” Pooh is a good-natured, golden-furred, and, most of all, a honey-loving bear who lives in the forest surrounding the Hundred Acre Wood, which was modelled after the real-life Ashdown Forest in East Sussex, England. His companions are Eeyore — a gloomy grey donkey; Piglet — a timid pig; Owl — a pontificating bird with a lot of knowledge, and the meddlesome Rabbit and Kanga — an energetic kangaroo whose inquisitive baby Roo lives in her pouch, who all reside in the Hundred Acre Wood. Luckily, his treehouse is mostly filled with jars and jars of “hunny,” but being a bear, his supply is often near empty due to his unending appetite. It’s this dilemma of running out of the golden sweet nectar that often lands Pooh, who describes himself as a “bear of very little brain” into some sticky situations. Fortunately for Pooh, he has some very dedicated friends who have his well-being in mind and keep a watchful eye on the curious and well-intentioned bear. Winne the Pooh and his friends were all featured in a full-length animated movie in 1977. The film was a compilation of Disney’s earlier animated classics Winnie The Pooh and the Honey Tree, Winnie The Pooh and the Blustery Day, and Winnie the Pooh and Tigger Too, which linked material from the original books. 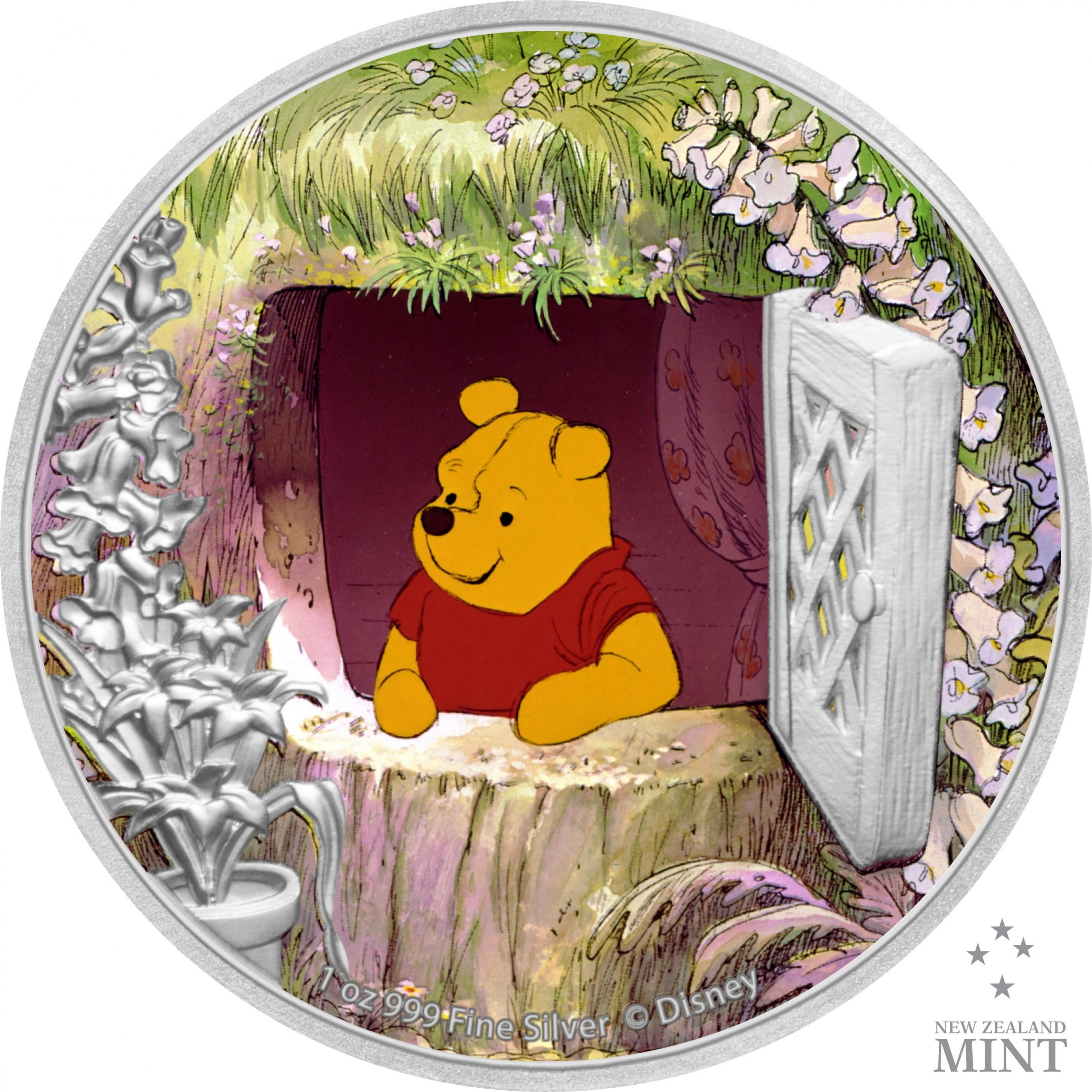 The first coin in the four-coin series is produced by the New Zealand Mint on behalf of the treasury of Niue. The reverse side captures Pooh perfectly — he is depicted leaning out of the window in his treehouse in the One Hundred Acre Wood. Partial engraving adds to the full-colour design and lets the silver shine through. 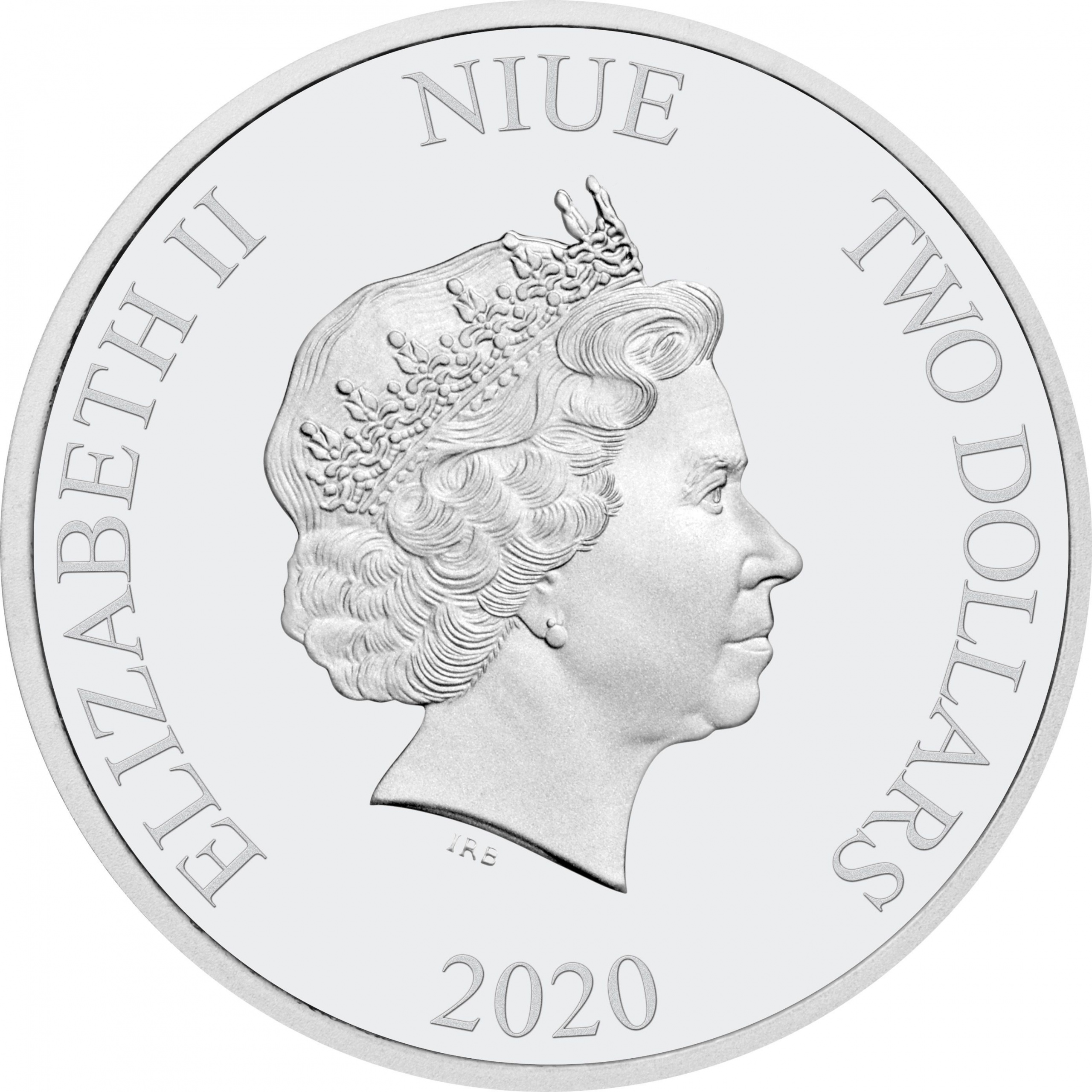 The obverse features an effigy of HM Queen Elizabeth II created by Ian Rank-Broadley. The coin’s denomination of TWO DOLLARS and year of issue, 2020, are also shown on the obverse.

Each Proof and colour silver coin is presented in an acrylic display square and placed inside a themed box that includes a certificate of authenticity confirming the mintage of 3,000 pieces. The series will consist of four coins in total, the first being Winnie the Pooh, followed by: 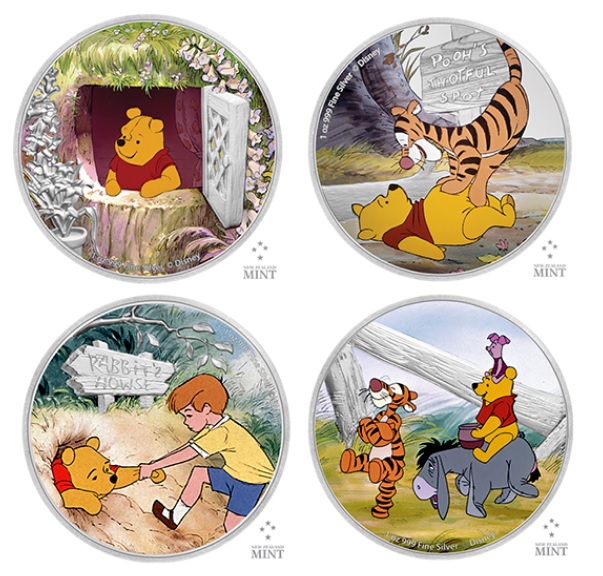 For additional information about this coin and others issued by Niue, please visit the website of the New Zealand Mint.