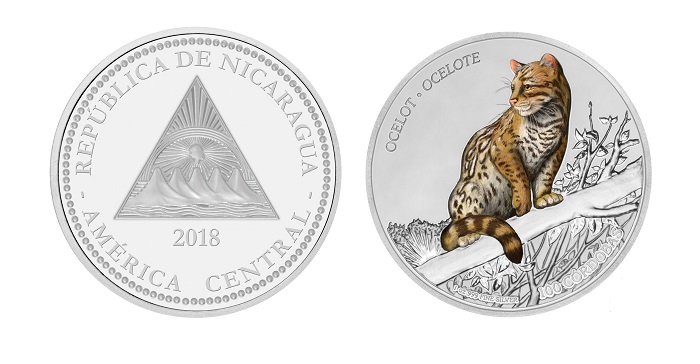 The Banco Central de Nicaragua has issued (12th October) the fourth coin which is part of their ongoing and popular collector coin series entitled “Wildlife of Nicaragua,” first launched in April. The latest animal in the wildlife series to be highlighted is the ocelot, a solitary wild cat which is the second largest spotted cat in South America, possessing a distinctive golden coat marked with black rosettes. The ocelot, or Leopardus pardalis, is one of the great wild cats native to the Southwestern United States, Mexico, and all the way down to Central and South America.

Sometimes referred to as a “dwarf jaguar,” they are found or will only inhabit areas with relatively dense vegetation cover and may occasionally hunt in more open areas at night. The temperament of the ocelot is very aggressive and territorial, as they often seek safety from predators such as large carnivores. This limited list can range from other larger felines including jaguars and pumas, along with birds of prey such as the harpy eagle and the world’s biggest snake, the anaconda. Ocelots themselves prey mainly on small rodents, but are also known to eat birds, snakes, iguanas and other lizards, baby peccaries (related to wild boars), young deer, rabbits, and even fish and crabs. They will often take prey up into a high place to eat it in peace, but if those trees and bushes are cut down by human encroachment in an area where ocelots live, they will leave. An ocelot, would, out of instinct, flee or run from people and not attack and will avoid people if possible. However, if they are cornered or if they feel threatened in any way, they may attack.

An adult ocelot can range from eight to 20 kilograms (17 to 44 pounds) and grow to a length of 68 to 100 centremetres (25 to 40 inches). The beautiful markings of their fur, which is a very effective camouflage, is extensively marked with solid black markings on a cream or tawny, yellowish background colour. The spots on its head and limbs are small, but markings on its back, cheeks, and flanks are open or closed bands and stripes.

Though the biggest threat to ocelots is deforestation and habitat destruction, the ocelot is listed as “Least Concern” on the IUCN Red List as the population is estimated to consist of more than 40,000 mature individuals and is considered stable. However, it is believed that in the United States just around 50 ocelots remain in an isolated population in Southeast Texas, and, as a result, the ocelot is officially designated as an endangered species. 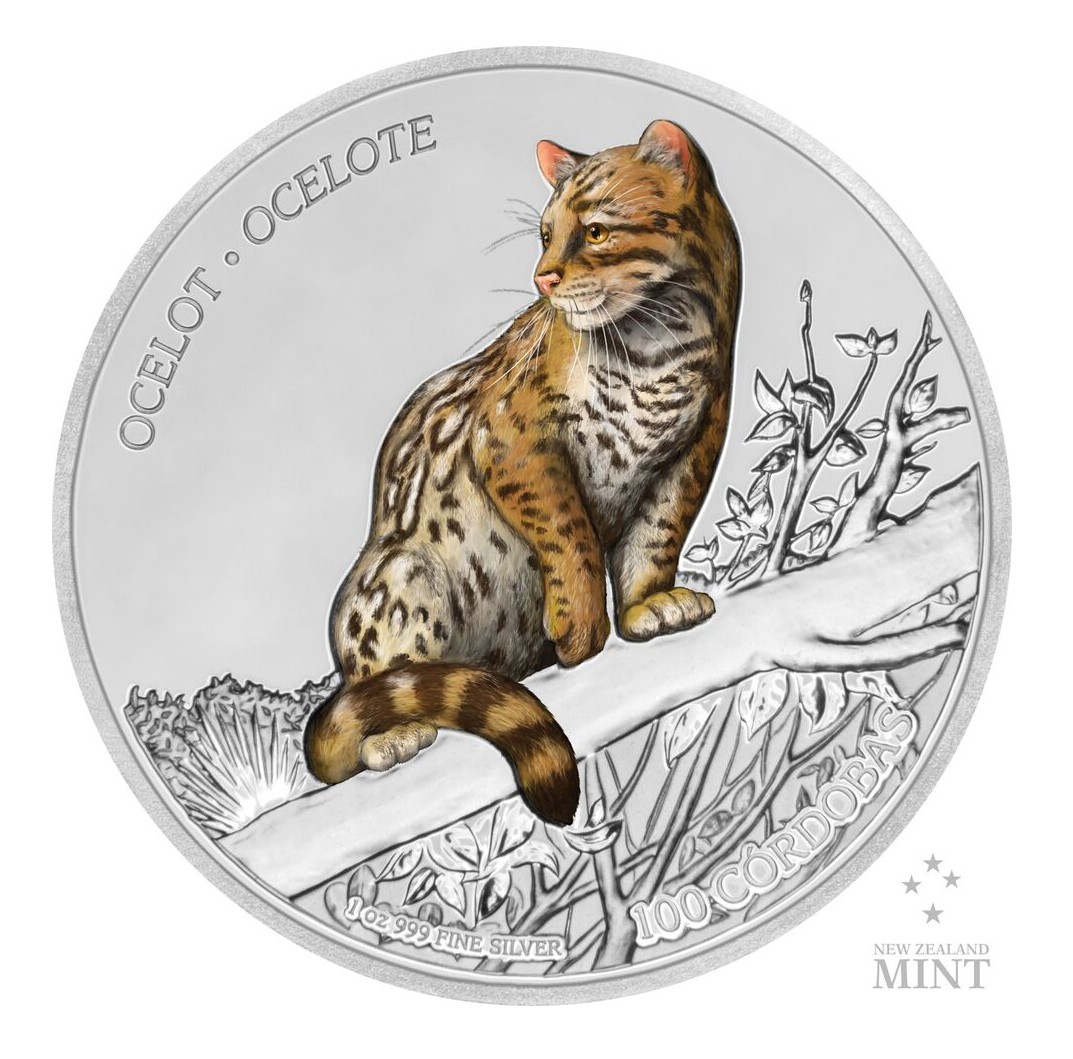 The silver Proof-quality coins are produced by the New Zealand Mint at their facilities in Auckland, on behalf of the Banco Central de Nicaragua. The reverse design includes a coloured and intricately detailed depiction of the elegant ocelot perched on a tree branch, which is part of the detailed engraving of its native forest habitat in the foreground. Text in English and in Spanish is seen above the anteater, which reads OCELOT – OCELOTE with the denomination of 100 CORDOBAS seen just below the primary design. 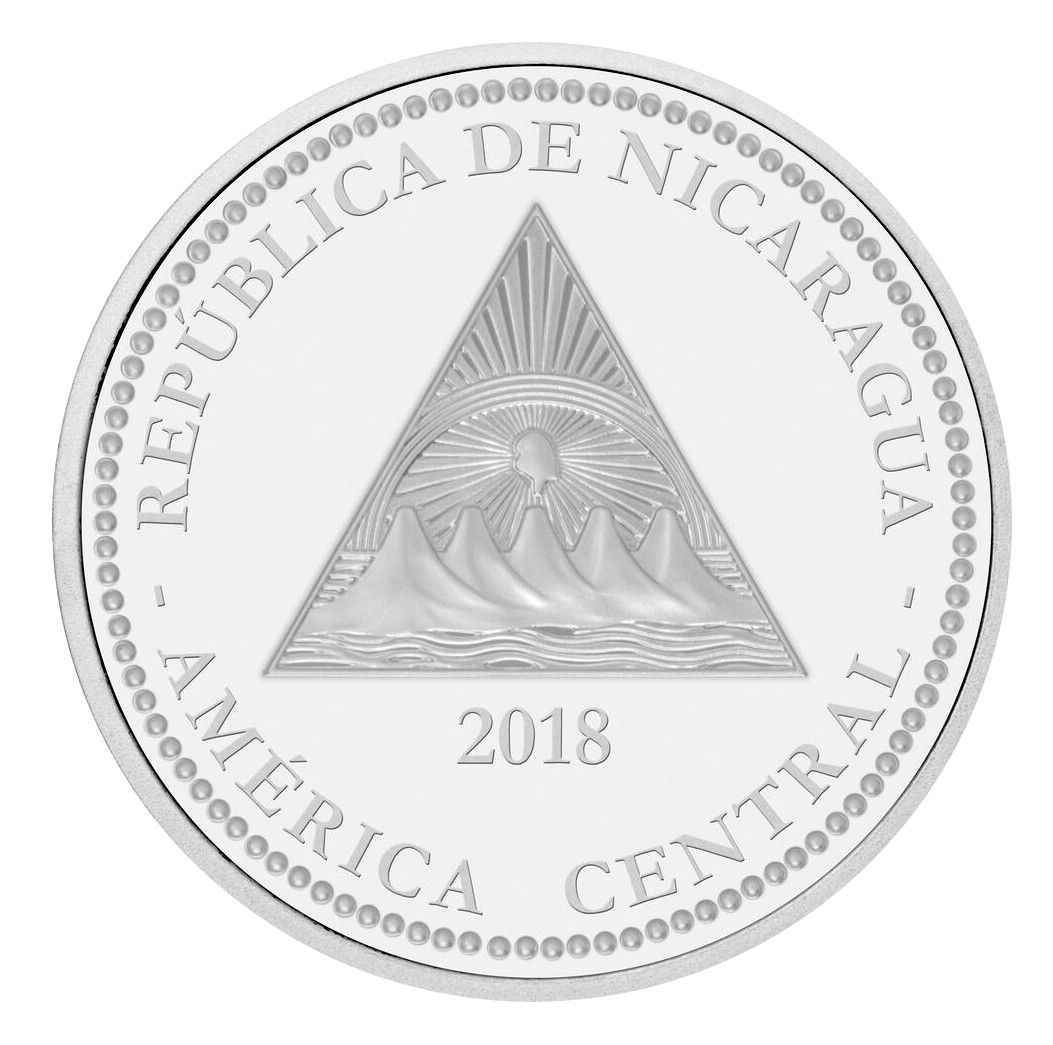 The obverse includes the country’s official crest situated in the centre with the text REPUBLICA DE NICARAGUA positioned above along the upper edge, while AMERICA CENTRAL is placed underneath the crest. The year of issue, 2018, is seen just under the crest. 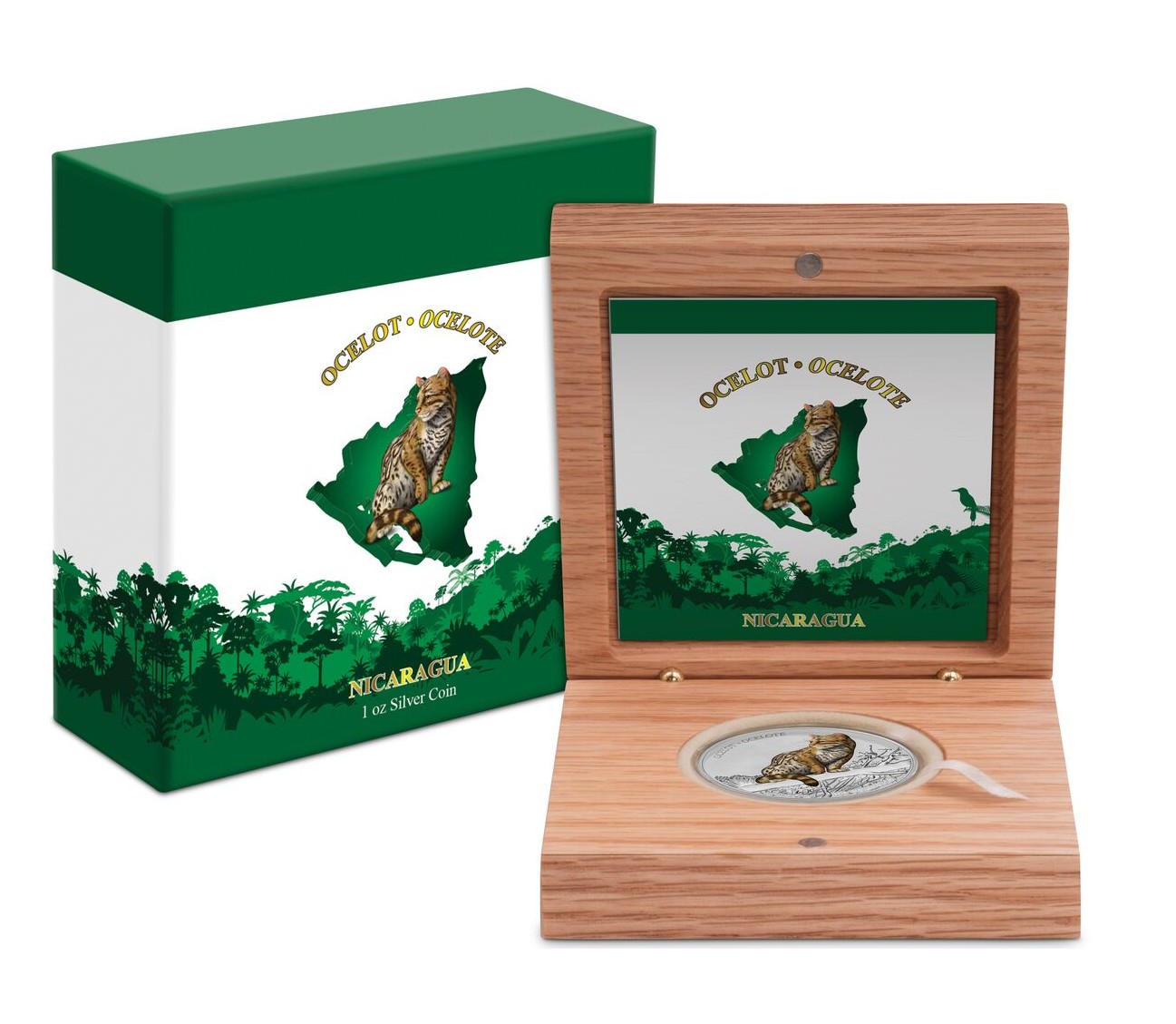 Each coin is individually encapsulated and presented in a custom-crafted wooden box featuring Nicaragua’s coat of arms on the cover. The coin is also accompanied by a certificate of authenticity written in both English and Spanish. The outer protective box is designed to match the Nicaraguan wildlife theme. For additional information about this coin and others issued by the Banco Central de Nicaragua, please visit the website of the New Zealand Mint.