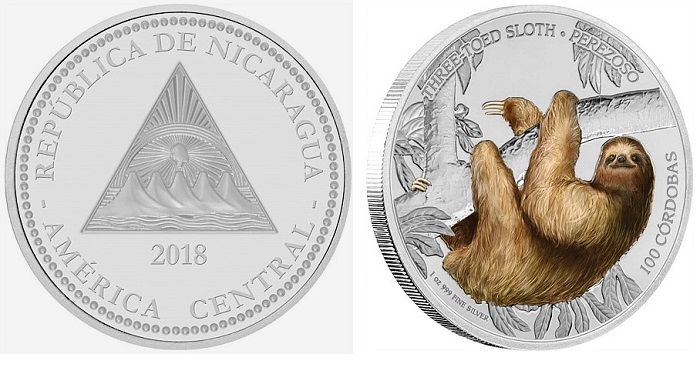 The Banco Central de Nicaragua has issued (8th June) their second coin in their ongoing collector coin series entitled “Wildlife of Nicaragua,” launched in April. The second coin features the three-toed sloth, which is an indigenous species found in many countries in Central America, particularly in Nicaragua.

The sloth, with its pleasant and docile facial expression, is endearing to many animal lovers, perhaps because it is the slowest-moving mammal in the world, so sedentary that algae will actually grow on its fur. Its height varies between 40 to 75 centimetres (15 to 30 inches). The sloth is also very much a solitary and nocturnal animal in addition to being tree-dwelling. The daily life of an adult sloth revolves around sleeping on tree branches, clinging and climbing on the branches with its long, curved claws. As sloths are very much herbivores, their diet consists of feeding on leaves, stems, buds, and fruit from the treetops they inhabit. Its greenish colour, a result of the tropical climate in Central America and the algae growing on its fur, provide an effective camouflage in the Nicaraguan forest canopy. However, it is also their slow movements which leave them vulnerable to other animals in the forests who hunt them as a source of food. 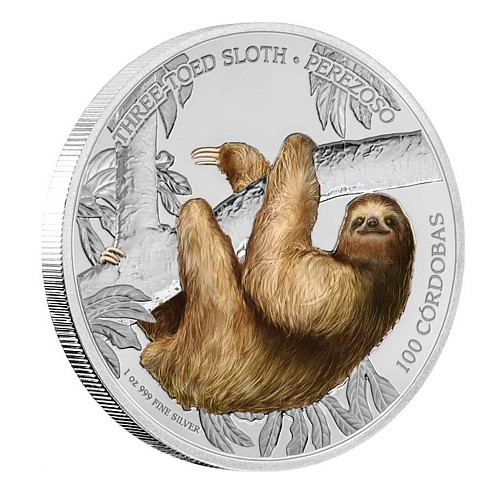 The silver coins are produced by the New Zealand Mint at their facilities in Auckland, on behalf of the Banco Central de Nicaragua. The reverse design includes a vividly coloured image which imaginatively combines the three-toed sloth amongst a detailed engraving of its native forest habitat, in this case, a tree branch which the sloth is clung to. The coin’s denomination of 100 CORDOBAS is placed to the lower right of the primary design. 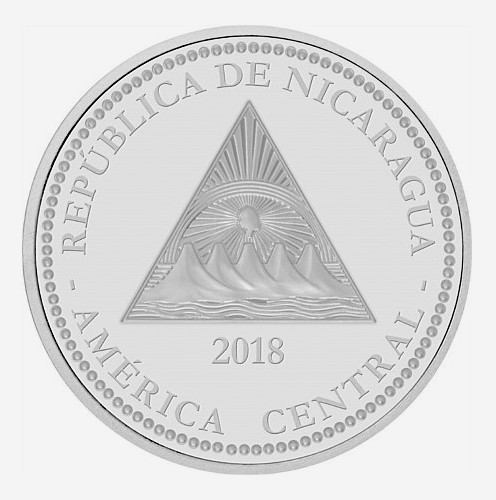 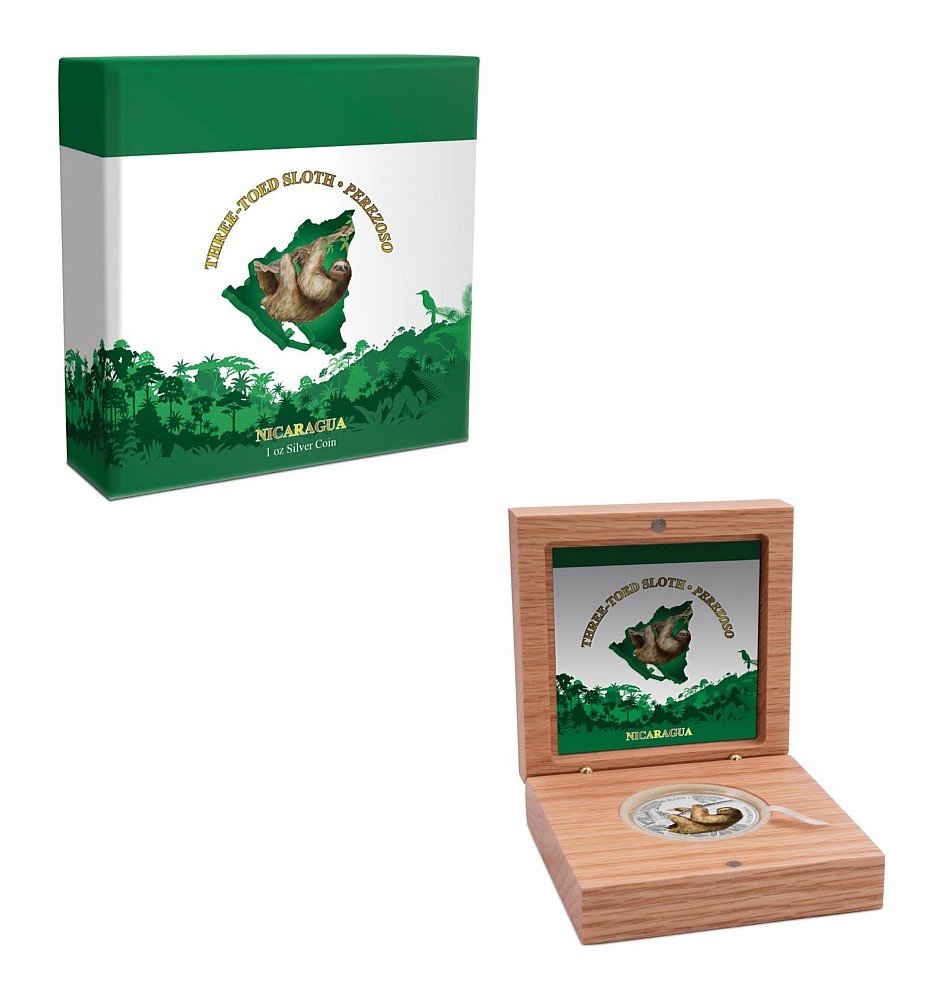 The encapsulated silver Proof quality coin is encased in a custom wooden box featuring Nicaragua’s coat of arms and is accompanied by a certificate of authenticity written in both English and Spanish. The outer box sleeve has been designed to complement the Nicaraguan wildlife theme. For additional information on this coin and the first coin issued in the series, please visit the website of the New Zealand Mint.