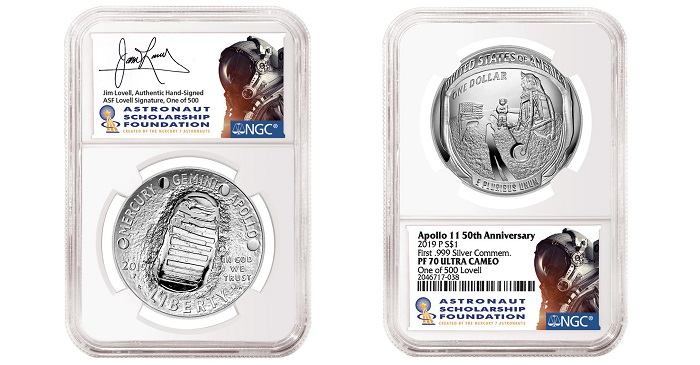 The program is an exciting way to celebrate space-themed coins while supporting the Astronaut Scholarship Foundation.

The special NGC labels pair the autographs of 20 NASA veterans with the logo of the ASF, a nonprofit organization that annually provides more than 50 scholarships to the brightest and most talented college students in science, technology, engineering, and mathematics. The ASF was created in 1984 by the six Mercury program astronauts then alive and the widow of the seventh.

The astronauts signing these labels include four who flew with the Apollo program, which put the first men on the Moon 50 years ago. The other 16 astronauts, including two women, were part of the Space Shuttle program, which flew missions from 1981 to 2011.

A royalty will be paid by NGC to the ASF for each NGC ASF astronaut autograph label used. 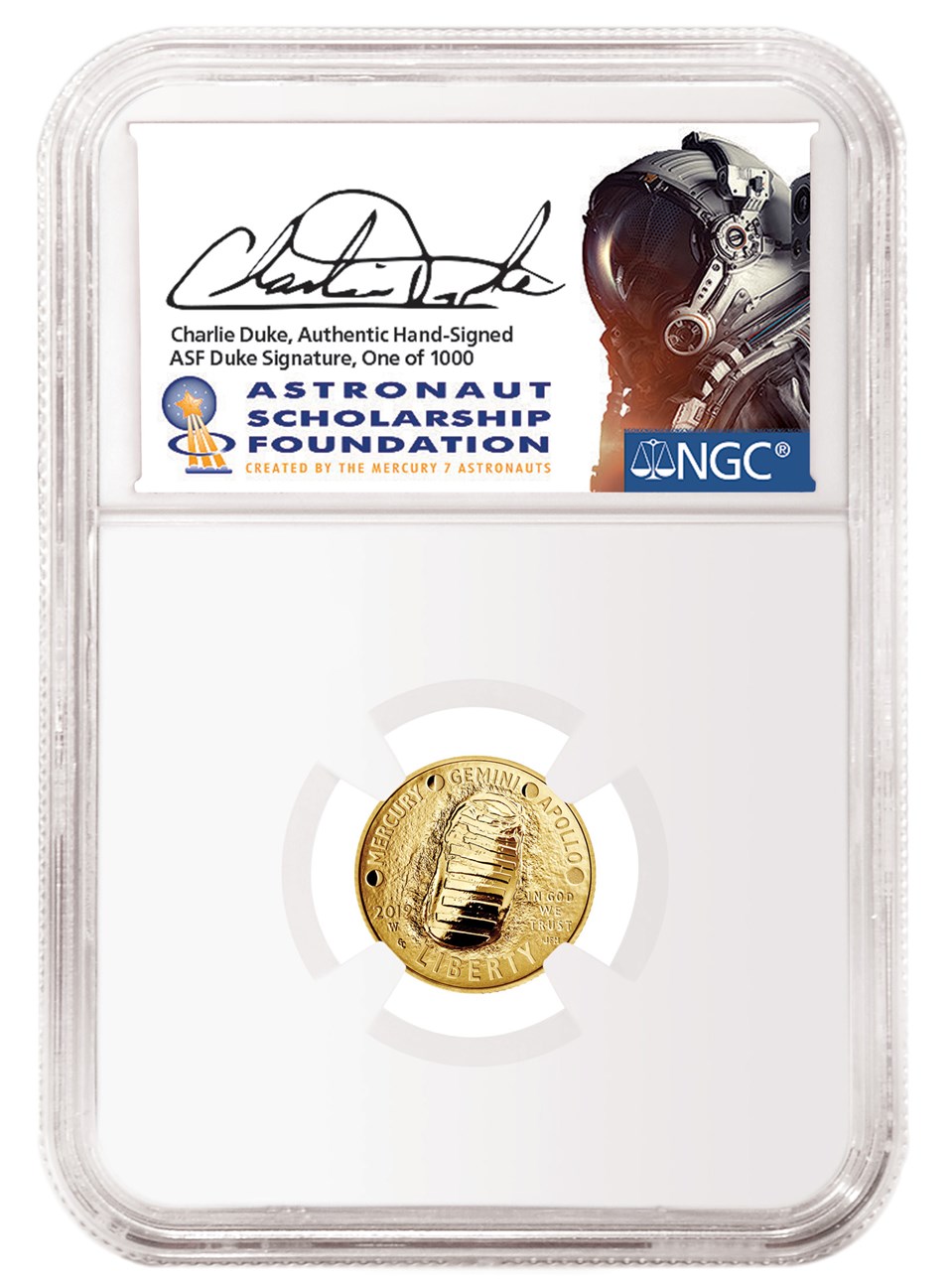 An example of an Astronaut Scholarship Foundation label signed by Astronaut Charlie Duke.

“NGC is proud to honor these American heroes and support the ASF’s contributions to tomorrow’s scientists,” said Mark Salzberg, NGC chairman. “The NGC ASF astronaut autograph labels are the perfect way to celebrate the 50th anniversary of the historic Apollo 11 mission and the 2019 Apollo 11 commemorative coins.”A royalty will be paid by NGC to the ASF for each NGC ASF astronaut autograph label used.

NGC began its collaboration with the ASF in January, when the grading service announced that it had officially licensed the foundation’s logo for special NGC certification labels to be encapsulated with the U.S. Mint’s Apollo 11 50th Anniversary commemorative coins.

The legislation that authorized the Apollo 11 coins designated ASF as one of three organizations to benefit from a surcharge applied to the sale of the coins. The additional beneficiaries are the Smithsonian Institution’s National Air and Space Museum and the Astronaut Memorial Foundation.

NGC has certified more than 50,000 Apollo 11 50th Anniversary commemorative coins since the U.S. Mint began selling them on January 24.