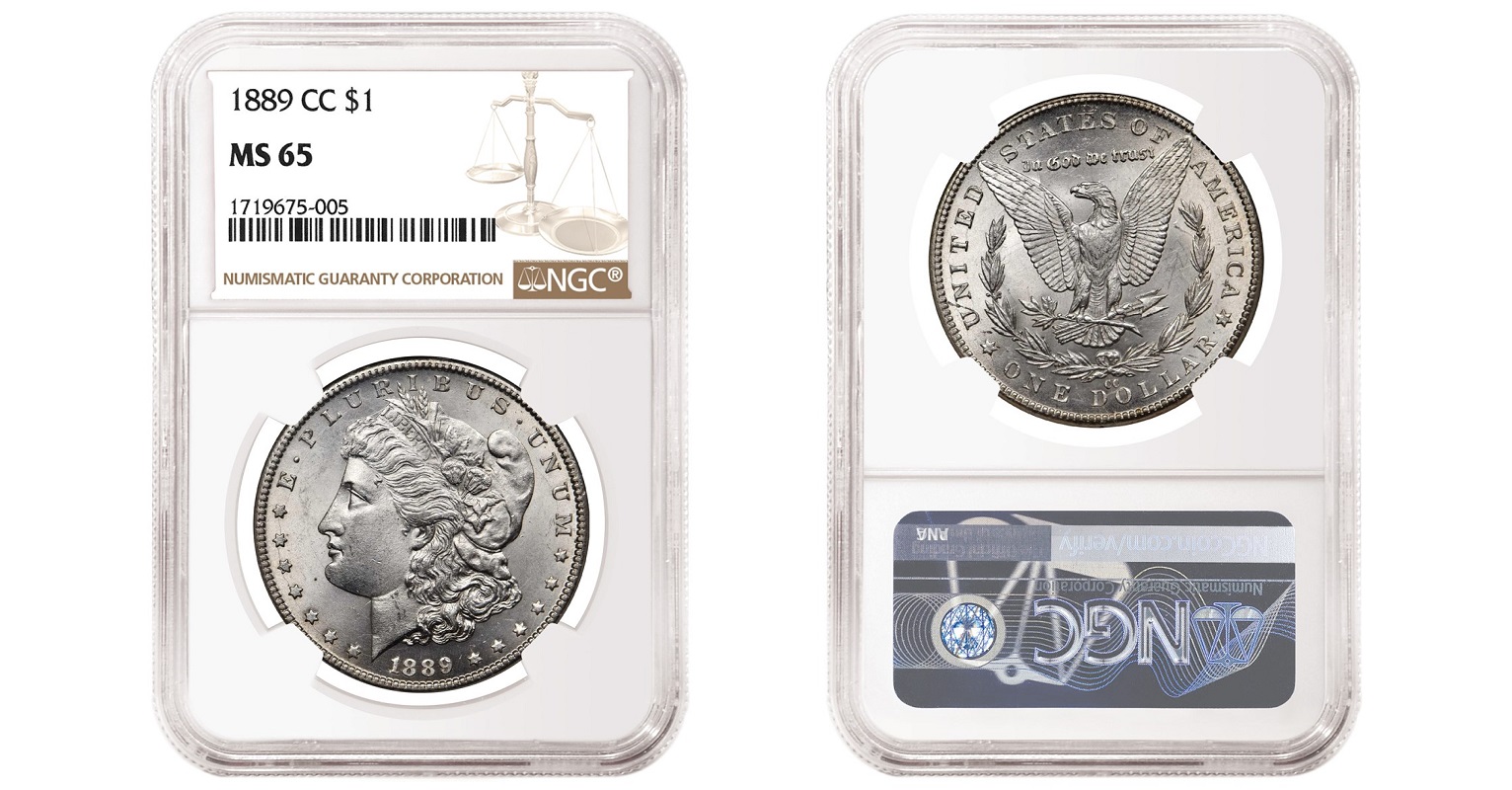 An extremely rare Morgan dollar is among the prestigious offerings in the Rarities Night sale.

A key date Morgan dollar and an always-popular gold rarity, both certified by NGC, are among the highlights being offered as part of the Stack’s Bowers Rarities Night sale on August 15 in Chicago.

The 1889-CC Morgan silver dollar, graded NGC MS-65, is expected to realize well into the six figures in this auction. Though 350,000 of these were struck that year at the storied Carson City Mint, most were melted and the surviving population today is low. The NGC Census contains only one example with a higher numeric grade.

This exact coin was sold by a different auction house for $161,000 in 2005. Today, an MS-65 specimen would be expected to sell for nearly twice that amount, according to the NGC Price Guide and the latest Guide Book of United States Coins (the “Red Book”).

Another rarity, this one in gold, is the 1915-S Panama-Pacific octagonal $50 graded NGC MS-64, which is also expected to realize six figures. Only 645 of these were struck for the Panama-Pacific Exposition, and examples like this one are generally a highlight of any coin auction.

Other highlights of the Rarities Night auction include:

Meanwhile, Stack’s Bowers is offering a number of world rarities in two related auctions: Session A (August 14) and Session C (August 16). They include:

All estimates are from the auction house and are provided in USD.