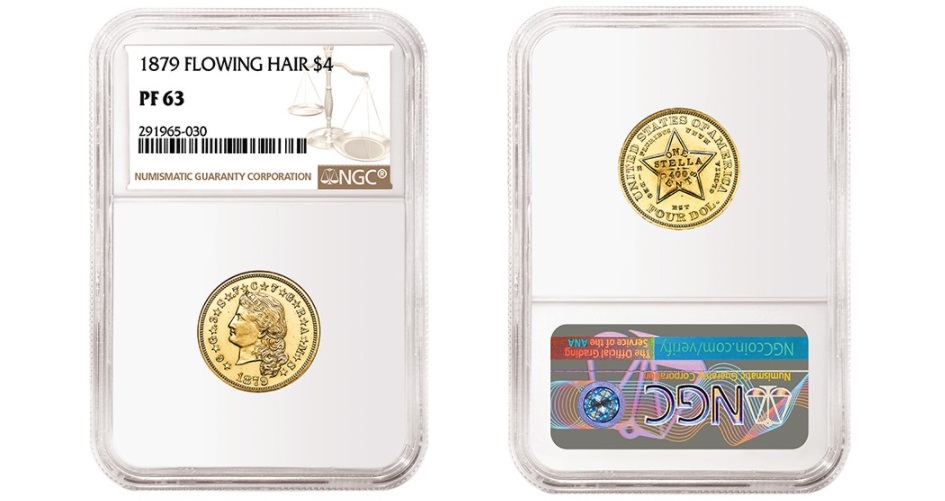 The rare 1879 pattern is among the brightest stars of the November auction.

A fascinating $4 Stella certified by Numismatic Guaranty Corporation (NGC$) is being offered in Heritage’s upcoming Auction #1321 from November 19-22, 2020. Online bidding is now open.

The Uncirculated 1879 Flowing Hair Stella graded NGC PF-63 is a striking example of an experimental design intended for use in international trade. A small number of these gold $4 coins were struck, but the U.S. never authorized them for official use. Their rarity and beauty make them highly prized today by collectors.

Meanwhile, from a generation earlier, an 1851 “880” Reeded Humbert $50 graded NGC MS-61 captures the frenzy of the California Gold Rush. These pieces were struck by the U.S. Assay Office in San Francisco, the predecessor to the Mint branch that opened there in 1854. Their unusual shape and history have earned them a respected place in the numismatic community. 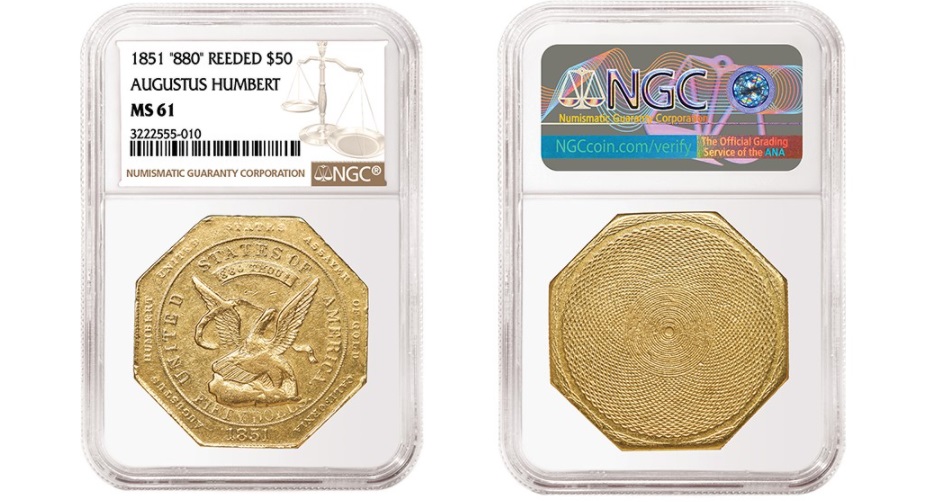