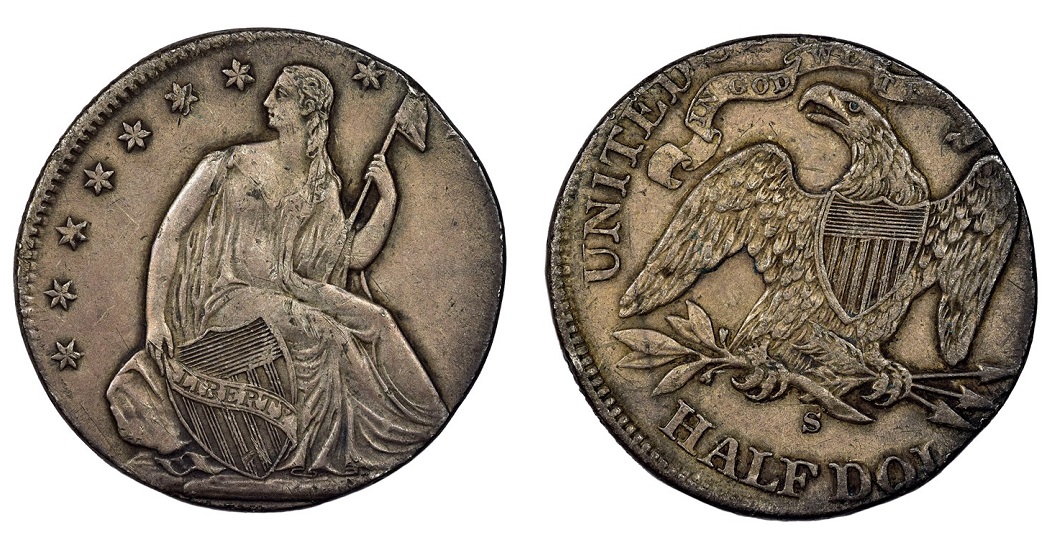 The nearly 150-year-old coin, which was struck on a wrong-size planchet, was sold by GreatCollections.

An incredible error coin certified by Numismatic Guaranty Corporation (NGC) realized $51,754 at an auction by GreatCollections. The coin was erroneously struck on a smaller planchet intended for a quarter and is believed to be unique for the Seated Liberty half dollar series.

The coin, struck in the 1870s, was recently discovered in a collection that had been held by the Wheeler Family of New Jersey for decades. After the current owner inherited the collection, they were unsure of its authenticity and decided to submit it to NGC for certification. NGC graded the coin NGC Mint Error AU-50 and pedigreed it to the Wheeler Family. 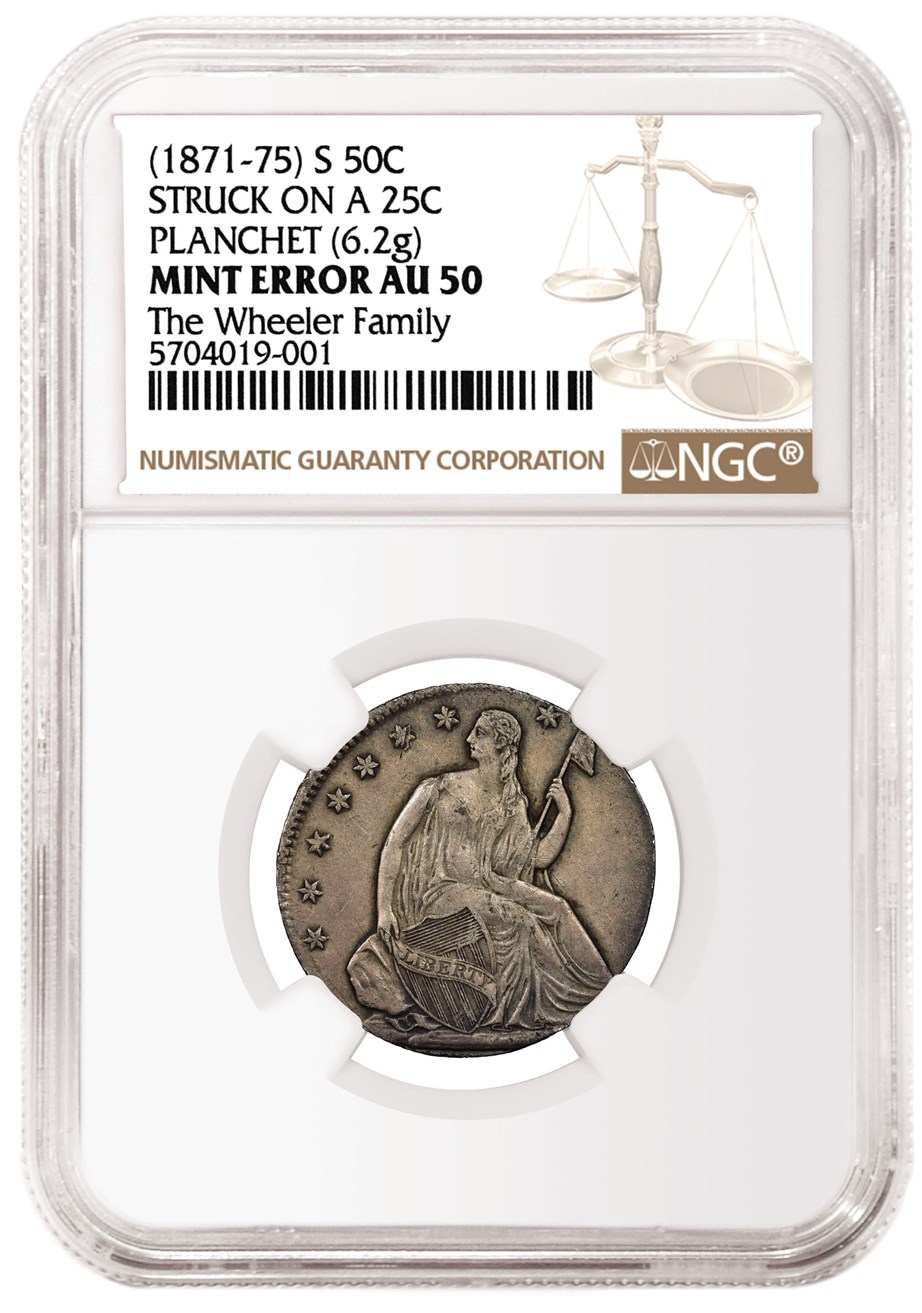 The coin was sold on September 29, 2019, through GreatCollections, a well-known U.S. auction company. Over 100 registered bidders were tracking the coin and the listing received over 4,500 page views during the auction period. The winning bidder was an advanced collector of U.S. coins.

“I have never handled a more interesting error coin,” said Ian Russell, president of GreatCollections. “NGC’s certification gave our bidders greater confidence, which resulted in a very strong price for this impressive rarity.”

At the time this coin was struck, the same Seated Liberty design was used on half dimes, dimes, quarters, half dollars and dollars. In this case, a 24.3-millimeter quarter planchet was mistakenly used in the half dollar minting process instead of the usual 30.6-millimeter half dollar planchet. The extreme rarity of this coin indicates that such errors virtually never occurred.

“The price realized by this coin affirms its place among the most significant mint errors,” said Mark Salzberg, NGC chairman and grading finalizer. “As a coin grader, my most exciting days are the ones when new rarities such as this are discovered.”

Although the date of the coin is missing because it could not fit on the smaller quarter planchet, NGC was able to identify the date range as 1871-75 because of the size and shape of the “S” mint mark that appears on the reverse. The “S” mint mark also indicated that this coin was struck at the legendary San Francisco Mint.