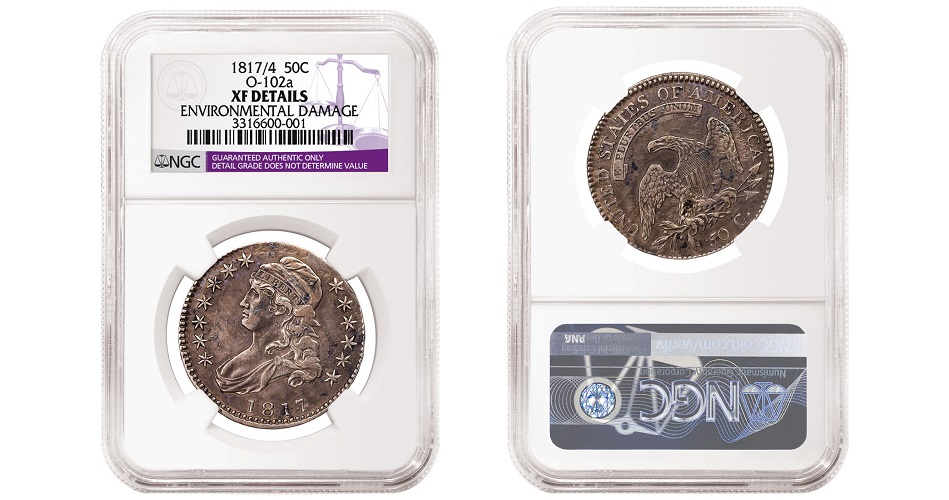 A rescued 1817/4 Bust half dollar and a 2000 Sacagawea dollar mint error are among the NGC-graded highlights from Heritage Auctions’ sales in early September.

Topping the list was an 1817/4 Bust half dollar graded NGC EF Details that realized $156,000. This peculiar coin was created when a leftover 1814-dated die was reused by punching a “7” over the final digit. Adding to its curious backstory, a contractor discovered the coin nearly two centuries after it was minted while raking dirt. The NGC Details — Environmental Damage description reflects the corrosion caused by being buried. 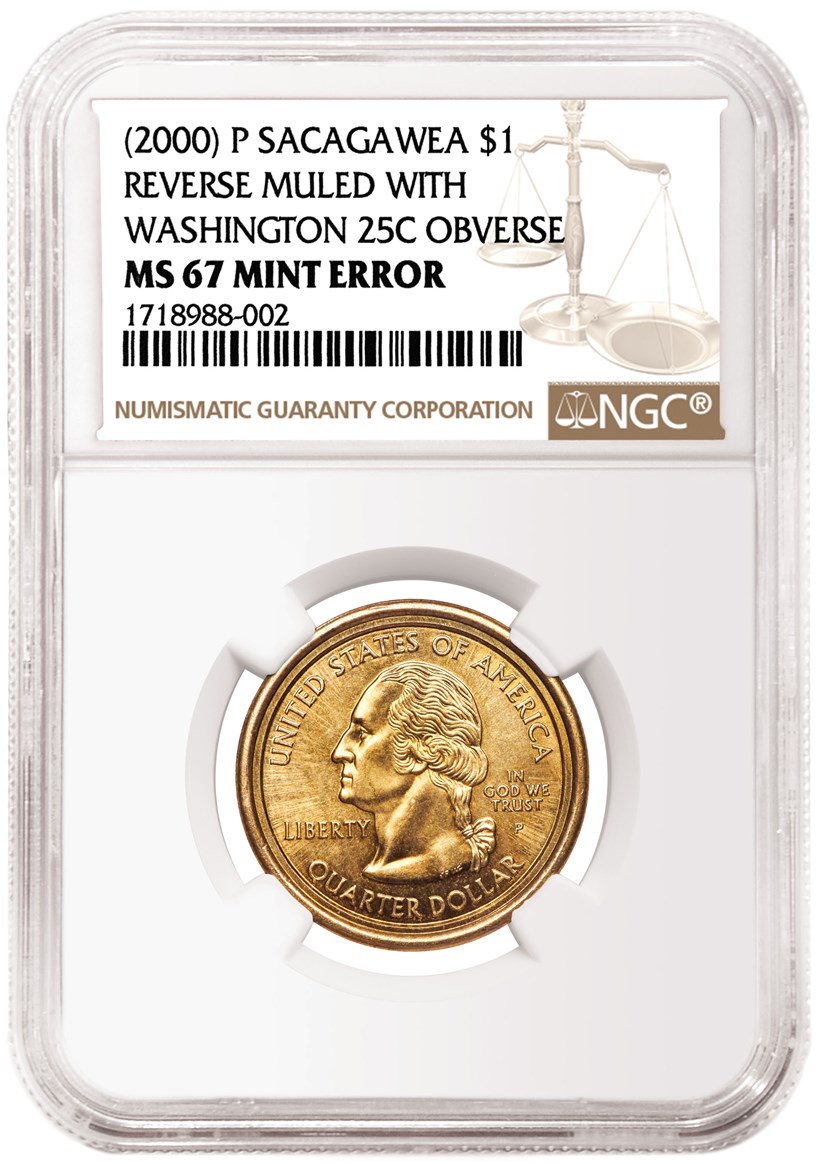