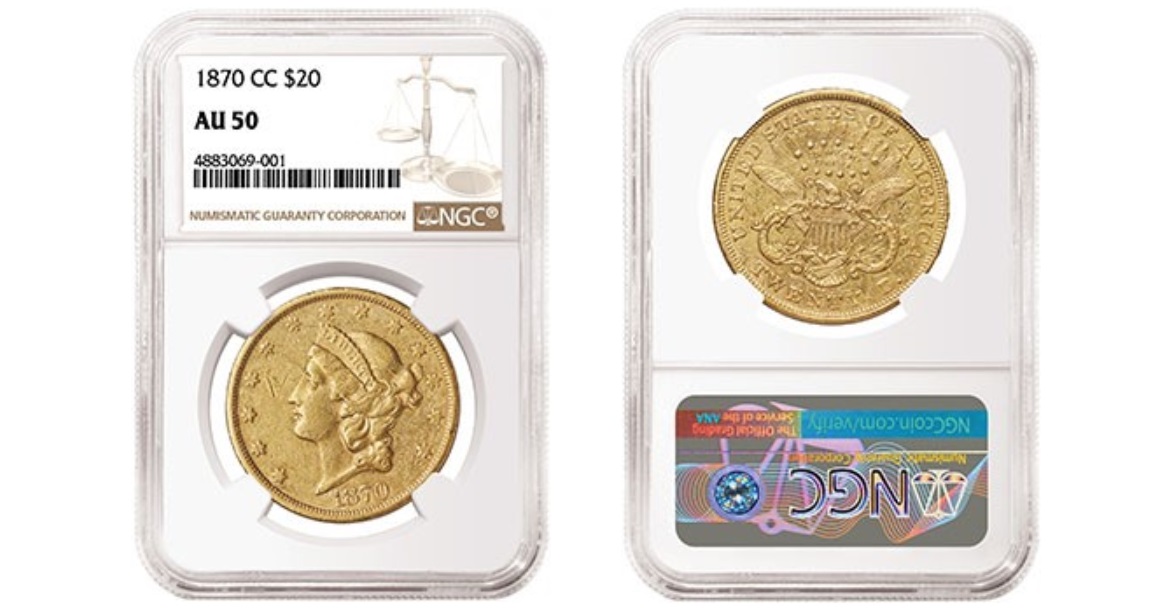 A key date double eagle certified by Numismatic Guaranty Corporation (NGC) is among the most anticipated coins in several marquee Heritage Auctions sales scheduled for early August. It is featured in the August 2020 U.S. Coins Signature Auction, which closes on August 4, 2020.

The 1870-CC Liberty Double Eagle graded NGC AU-50 is extremely rare as only a few dozen of the 3,789 pieces struck by the Carson City Mint for that year are known to have survived. These coins were all apparently used in circulation in the Western United States. Consequently, no Mint State examples are known today and only a few exist with a grade of AU.

More than two weeks before the auction, this coin had already reached $140,000. 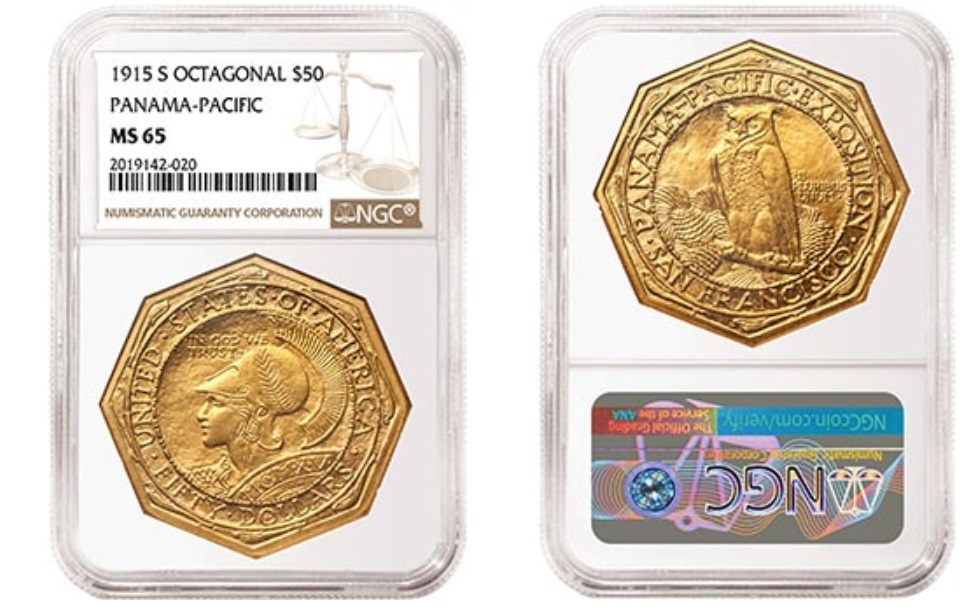 Another highlight of the sale is a 1915-S Panama Pacific Octagonal $50 graded NGC MS-65. The Panama-Pacific coinage is associated with two particular events: The opening of the Panama Canal, and the great exposition in San Francisco in 1915 that celebrated both the canal’s opening and the city’s rebuilding after an earthquake. The 1915-S Panama-Pacific Octagonal $50 is the largest commemorative gold coin ever struck by the United States, containing nearly 2.5 ounces of gold.

Interestingly, presses from the Philadelphia Mint were shipped, via train, to the exposition, and these coins were actually struck on location. Only 1,500 of these pieces were struck and, due to their high sales price, just 645 were sold.

Another gold rarity linked to California’s history is also expected to draw spirited bidding: An 1852 “900 Thous” U.S. Assay $50 graded NGC MS-60. Like the 1915-S Panama-Pacific coin, this piece is also octagonal. These were struck during the Gold Rush Era before the San Francisco Mint opened in 1854. 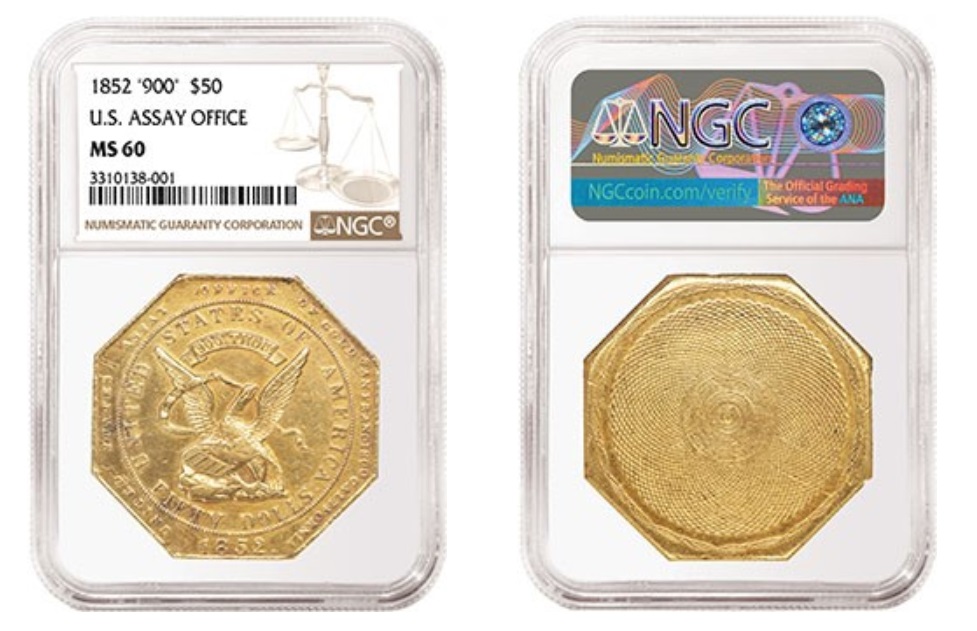 Other NGC-certified highlights in the Heritage Auctions sale include: