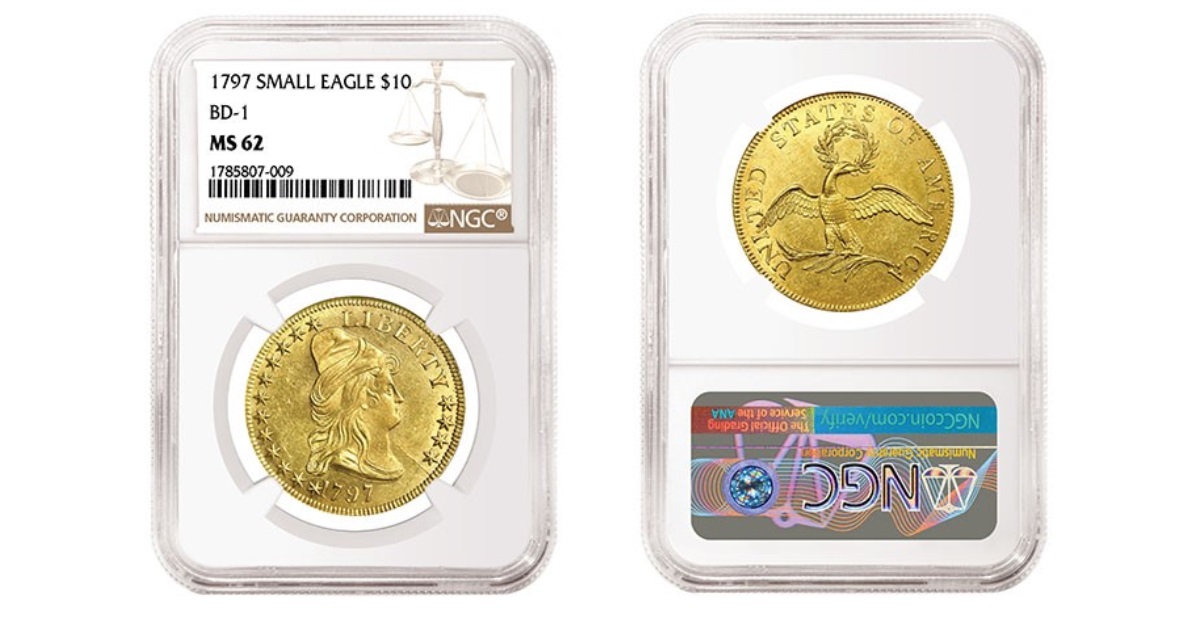 A 1797 Small Eagle $10 and a magnificent Panama-Pacific $50 commemorative were met with exuberant bidding.

A 1797 small eagle $10 graded NGC MS-62 realized $300,000. In its day, the design of the small eagle on the reverse of these $10 coins was criticized as scrawny looking, and it was quickly phased out for a more impressive, heraldic eagle design.

Meanwhile, from over a century later, a 1915-S Panama-Pacific round $50 graded NGC MS-65 realized $138,000. When these coins were first issued, collectors preferred the unusual octagonal version, so fewer round ones sold, making them rarer today. This particular example comes from the top tier grade-wise.

Prices realized include buyers’ premium and are expressed in U.S. dollars.