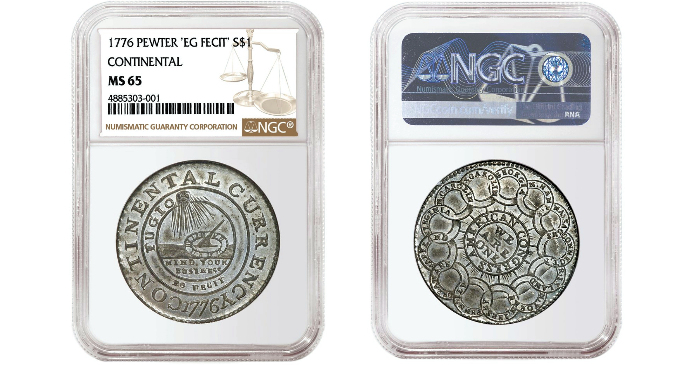 Pewter coin from the founding of the United States is graded NGC MS-65.

A rare coin from the founding of the United States and certified by Numismatic Guaranty Corporation (NGC) realized $180,000 in an October 17, 2019, sale presented by Heritage Auctions.

The pewter coin, graded NGC MS-65, is a Continental dollar, which all are dated 1776, the year when the Continental Congress declared the independence of the 13 colonies. 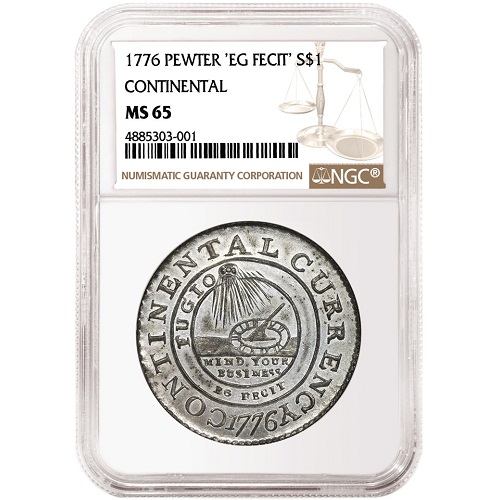 Other NGC-certified coins that topped the U.S. Coins Signature Auction in Dallas include: