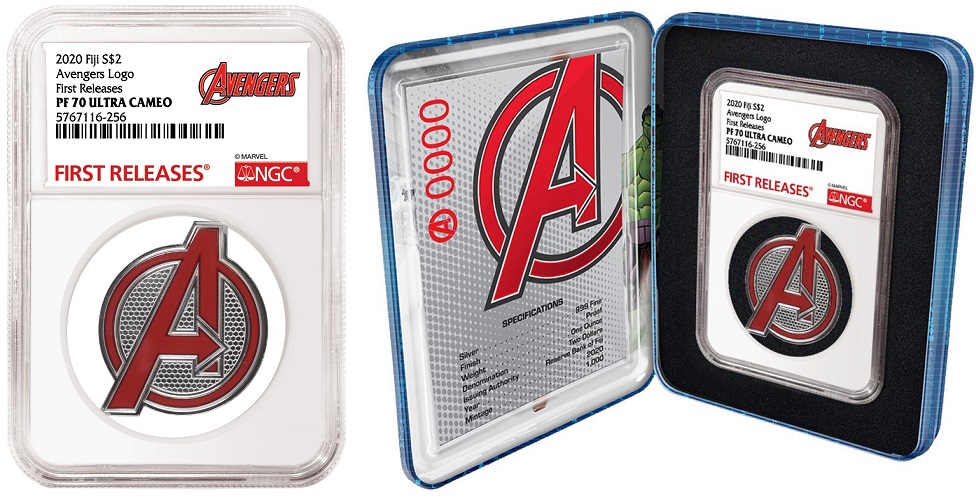 Each coin comes with a specially designed collector tin that holds the NGC-certified coin.

Created by Stan Lee and Jack Kirby in 1963, the Avengers have become one of the most beloved and most recognizable teams of superheroes ever assembled. Labeled “Earth’s Mightiest Heroes,” the Avengers originally consisted of Ant-Man, the Incredible Hulk, Iron Man, Thor, and the Wasp. Captain America would join the team later, along with a host of other Marvel characters. The popularity of the Avengers franchise, and the fact that the latest installment in the Avengers film series became the highest-grossing film of all time, proves that this band of superheroes is still America’s favorite.

The new Avengers Logo one-ounce silver coin is struck in the shape of the Avengers “A” logo. These custom-minted and unique collectibles are made from one ounce of .999 fine silver and have a diameter of 40 millimeters. Mintage is strictly limited to 1,000 coins, and each coin comes with a specially designed collector tin that holds the NGC-certified coin.

The Marvel Avengers label is only available through Harvestor Investments, but collectors can still submit their coins directly to NGC for standard labels.