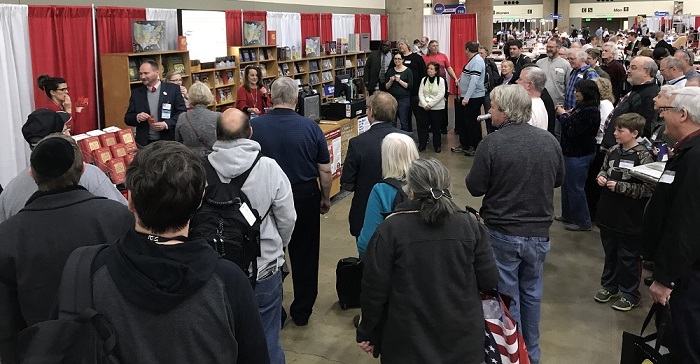 NGC will be accepting regular submissions for all service levels* at the Whitman Baltimore Winter Expo, at the Baltimore Convention Center from Thursday, November 14 through 11:00 a.m. on Saturday, November 16, 2019. Check with show staff at NGC’s booth for cut-off time. Cut-off time may change due to submission volumes. All submissions will be sent to our office in Sarasota, FL. Services include World Services, Ancient Coin Services, Bulk, PHOTO PROOF, and more.

*Does not include five-ounce coins.

Visit our table for answers to any questions about the services offered by NGC. Please remember that NGC does not provide opinions or free evaluations of coins at trade shows.

NGC is the official grading service of the ANA and PNG.