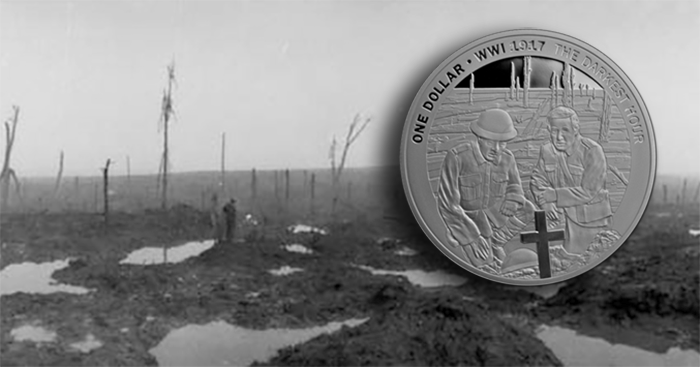 In the background, a lone soldier on the decimated Passchendaele lanscape. (Photo courtesy of the Passchendaele Society, New Zealand)

The Reserve Bank of New Zealand have launched (13th March) the latest silver and gold coins in their five-year series marking the centenary of the commencement and conclusion of the Great War (later referred to as World War I). The series was begun in 2014 and will finish next year. Its aim is to honor the valuable contribution made by the armed forces of New Zealand through the Australia New Zealand Army Corps (ANZAC), which were involved in several crucial battles during the conflict. The new coins pay homage to the particular battle that occurred on the 12th October 1917—the deadliest day in New Zealand’s military history. The failed attempt to capture the Belgian village of Passchendaele resulted in 3,700 New Zealand casualties, including 845 killed. The failed offensive saw many of the casualties buried in unmarked graves, and it came to be called the darkest hour of New Zealand’s fighting forces. 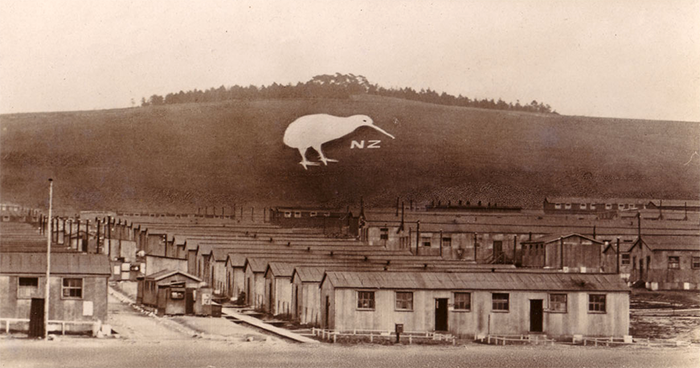 Sling Camp. The kiwi and initials “NZ” were cut into the chalk hillside by New Zealand soldiers above the area where they were encamped. (Wikimedia photo)

After the war, the Tyne Cot Cemetery was built to memorialise these fallen troops close to where they had perished, along with other sites at Buttes, Polygon Wood, and Messines. Meanwhile, in England, situated on the Salisbury Plain, the Sling Camp’s primary purpose was to train new recruits, with around 4,000 New Zealand troops at the camp at any given time. Sling also served as a recovery and reconditioning stop for soldiers returning to the front. The cold weather and isolation of the camp meant it was unpopular with many, and it was in these bleak conditions that some unfortunate men would write their final letters home. 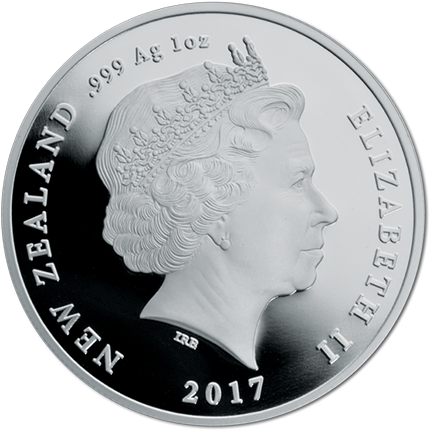 The two coins are designed by Strategy Creative, Wellington, and struck by the Royal Australian Mint on behalf of the Reserve Bank of New Zealand. The obverse of each coin includes an effigy of HM Queen Elizabeth II created by Ian Rank-Broadley and used on all circulation and many collector coins since 1999. 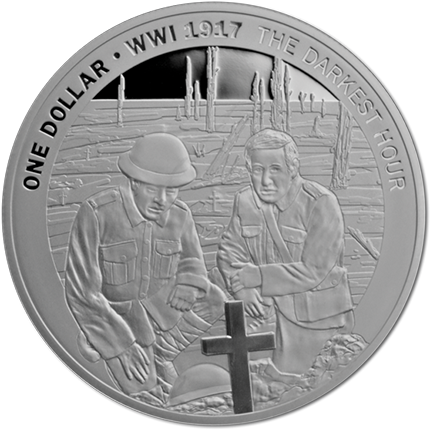 The reverse of the silver $1 coin depicts a detailed scene of New Zealand’s darkest day at Passchendaele, and features two soldiers paying their respects to a fallen comrade at one of many makeshift graves, set against a desolate landscape in the background. 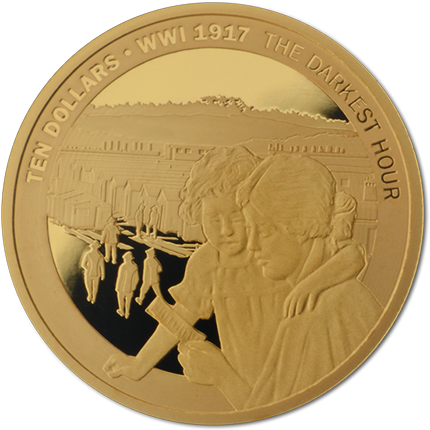 The reverse of the gold $10 coin depicts, in the background, a scene at Sling Camp, where thousands of New Zealand soldiers trained for and recovered from battle. In the foreground, mother and daughter at home in New Zealand read a much-anticipated letter from a loved one at the camp.

The Proof-quality coins are produced in very limited quantity. Each coin is encapsulated and presented in a replica tin tobacco case (shown below) reminiscent of those given to fighting troops by Princess Mary’s volunteers, and is accompanied by a certificate of authenticity. 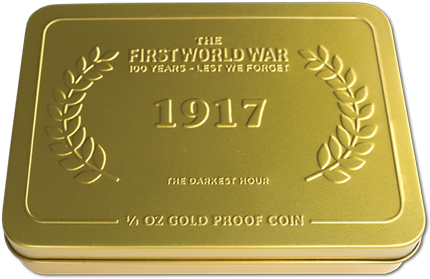 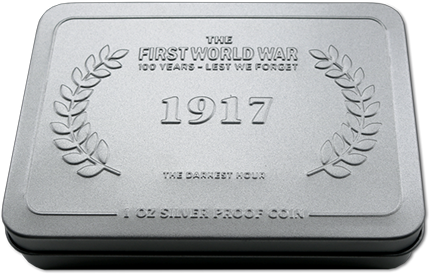 The series concludes next year with the fifth and final issue commemorating the centenary anniversary of the First World War.   ❑