New Zealand Post have announced the launch of a new coin which highlights New Zealand’s feathery national symbol – though in a different method previously not depicted on a national coin.

The Kiwi, a flightless birds native only to New Zealand, and similar to the size of a domestic chicken, kiwis are by far the smallest living ratites or flightless birds which also consist of ostriches, emus or rheas. Kiwis have been featured on many coins from New Zealand, becoming the motif for the two shilling coin in 1933, though the design did not transition onto its equivalent, the twenty cent coin when New Zealand transitioned to a decimal system in 1967. However, the Kiwi did make a come-back on national coinage when it re-appeared on a new circulation dollar coin introduced in 1991 which replaced the dollar banknote. Many commemorative coins thereafter have included the Kiwi. So important a national symbol has the Kiwi become to the island nation situated in the southern Pacific, that the term “kiwis” often and irreverently refers to the people of New Zealand and is also the nickname of the national Rugby team. 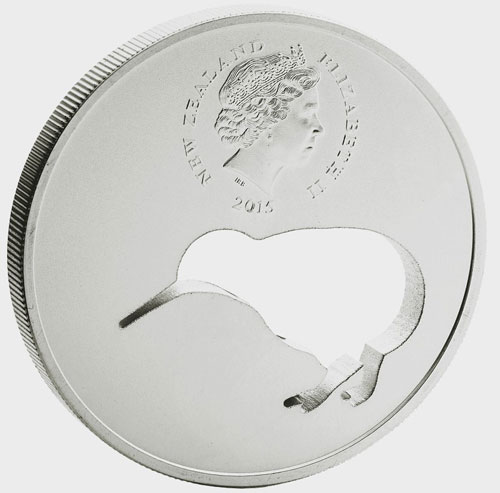 This silver-proof coin, minted by B H Mayer Kunstprageanstalt on behalf of New Zealand Post, features a silhouette of the little spotted kiwi amongst flax or harakeke where you’ll be likely to find them on Kapiti Island. The silhouette of the kiwi has been laser-cut, giving absolute precision in the cutting of the silhouette. The flax has been 3D laser-engraved on the coin, allowing for amazing detail and depth never-before-seen on a silver proof coin. 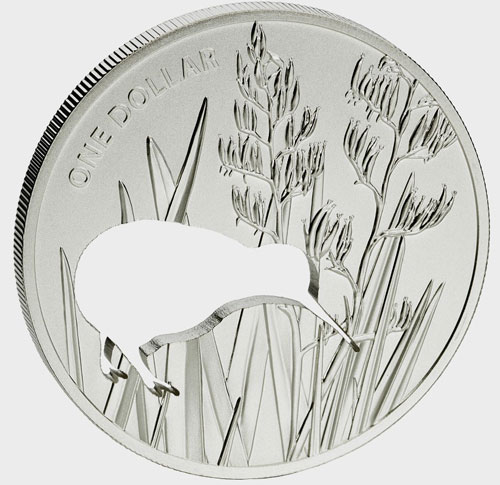 The obverse includes the effigy of HM Queen Eliazabeth II as designed by sculptor Ian Rank-Broadley with the text “ELIZABETH II NEW ZEALAND 2015” around the portrait. The silver proof coin comes in packaging made from New Zealand rimu which is a large evergreen coniferous tree found in the forests of New Zealand and featuring a laser-engraved design on the lid. 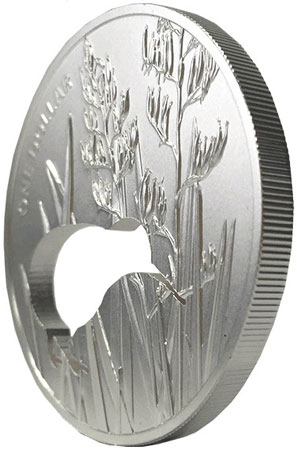 The coin is now available to order with delivery expected for early July. For more information on this and other coins issued by New Zealand Post, please visit their website at: https://coins.nzpost.co.nz/2015/kiwi-silhouette-silver-proof-coin Information offered in English, international orders dispatched.