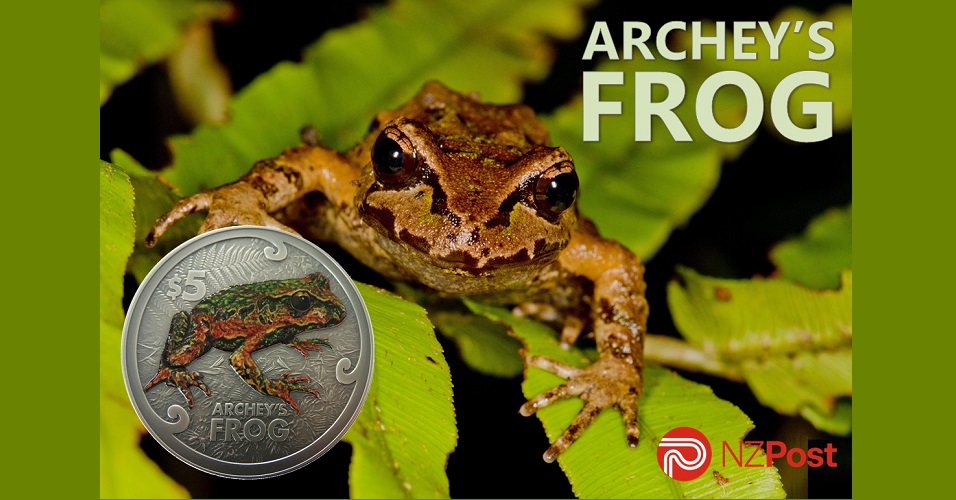 The Reserve Bank of New Zealand, along with New Zealand Post, have released their annual silver coin focusing on the country’s endangered wildlife. For 2022, the silver and colour coins feature the Leiopelma archeyi, commonly known as Archey’s Frog. 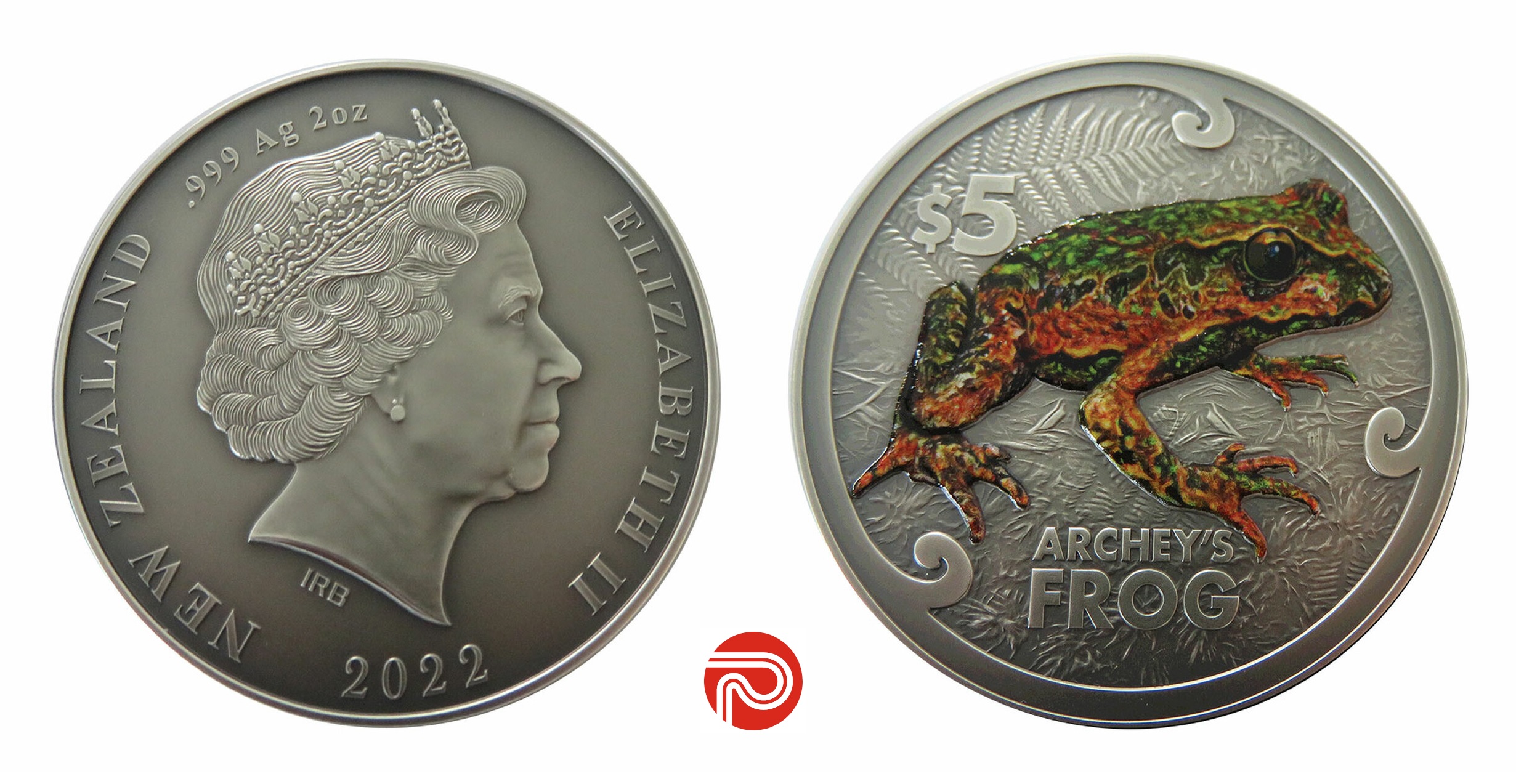 Produced by the BH Mayer’s Mint at their facilities in Munich on behalf of the Reserve Bank of New Zealand, the reverse side is designed by graphic artist Dave Burke of Tauranga. The design depicts a detailed colour illustration of Archey’s frog. The frog’s hues of green, red, and brown are highlighted with the vibrant and realistic rendering of the vivid colour process utilised during production. The coin is minted using an oxidised process resulting in an Antique finish, and a detailed engraved background gives greater relief to the primary design and background. To the upper-left of the frog is the denomination of $5 and the text ARCHEY’S FROG is shown just beneath. The obverse depicts an effigy of HM Queen Elizabeth II created by British sculptor In Rank-Broadley. The coins’ weight and fineness of .999 Ag 2oz are denoted above the Queen’s likeness, with the year of issue 2022 placed below. 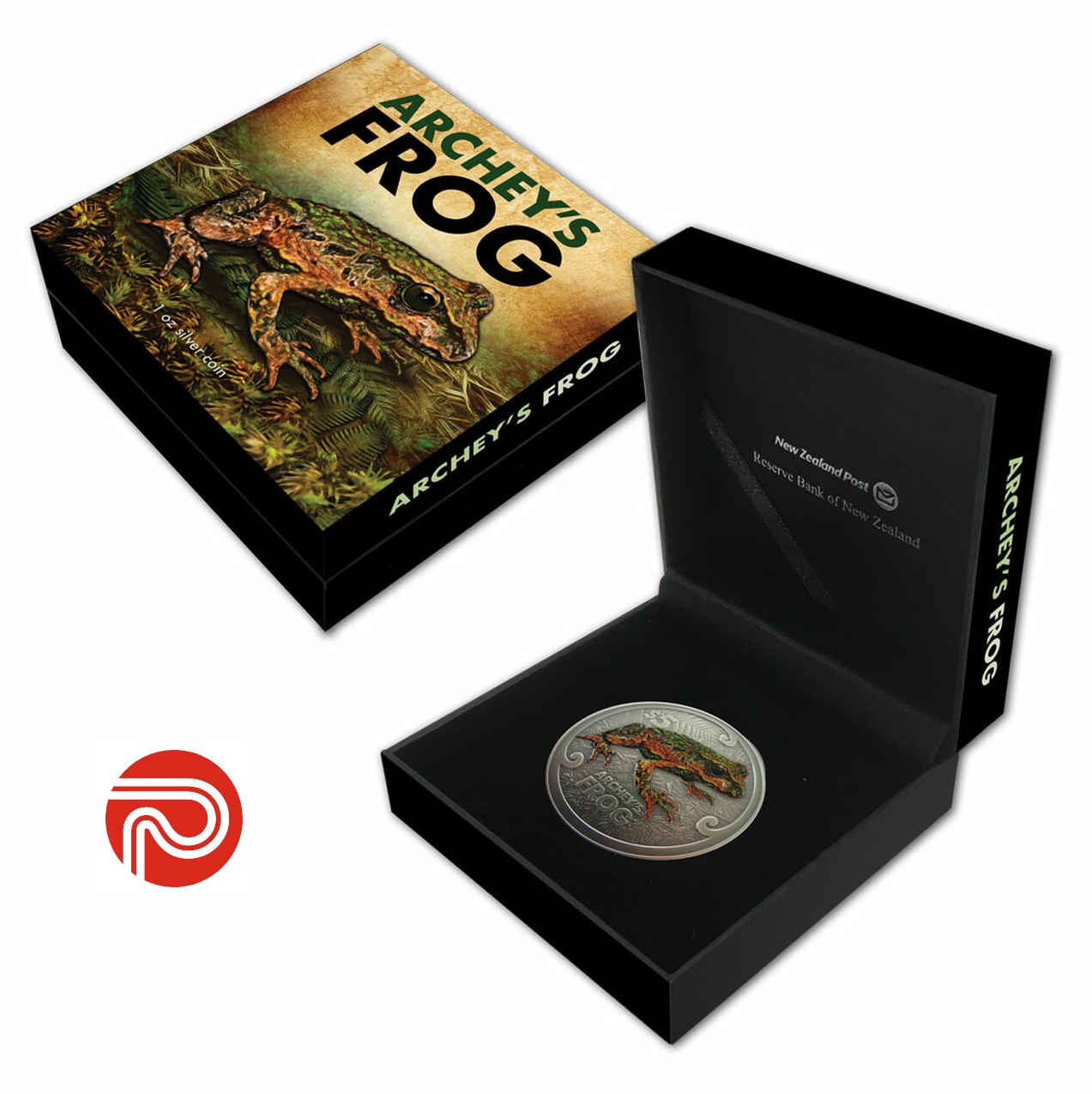 Each coin is encapsulated and presented in a New Zealand Post-branded custom case accompanied by a numbered certificate of authenticity. For additional information, please visit the website of New Zealand Post.

The coin is dedicated to the late Dr. Phil Bishop (1957–2021), a professor and head of the zoology department at the University of Otago. As a herpetologist, he specialised in amphibian biology and was actively involved in frog conservation. Phil collaborated with students and scientists around New Zealand, as well as with New Zealand Post, over the artist’s impression of Archey’s frog used on this coin.

New Zealand: Additional silver bullion coins celebrate the 20th anniversary of Lord of the Rings in the “Fellowship” series