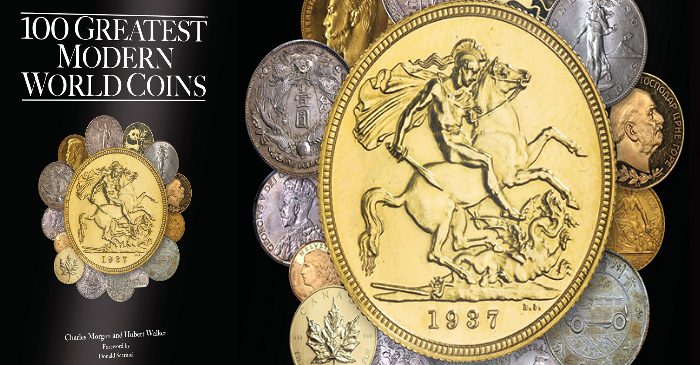 (Pelham, Alabama) — Whitman Publishing announces the upcoming release of a new book, 100 Greatest Modern World Coins, by authors Charles Morgan and Hubert Walker. The 168-page hardcover coffee-table book will debut in March 2020. Before then it can be pre-ordered online and from booksellers and hobby shops nationwide for $29.95. 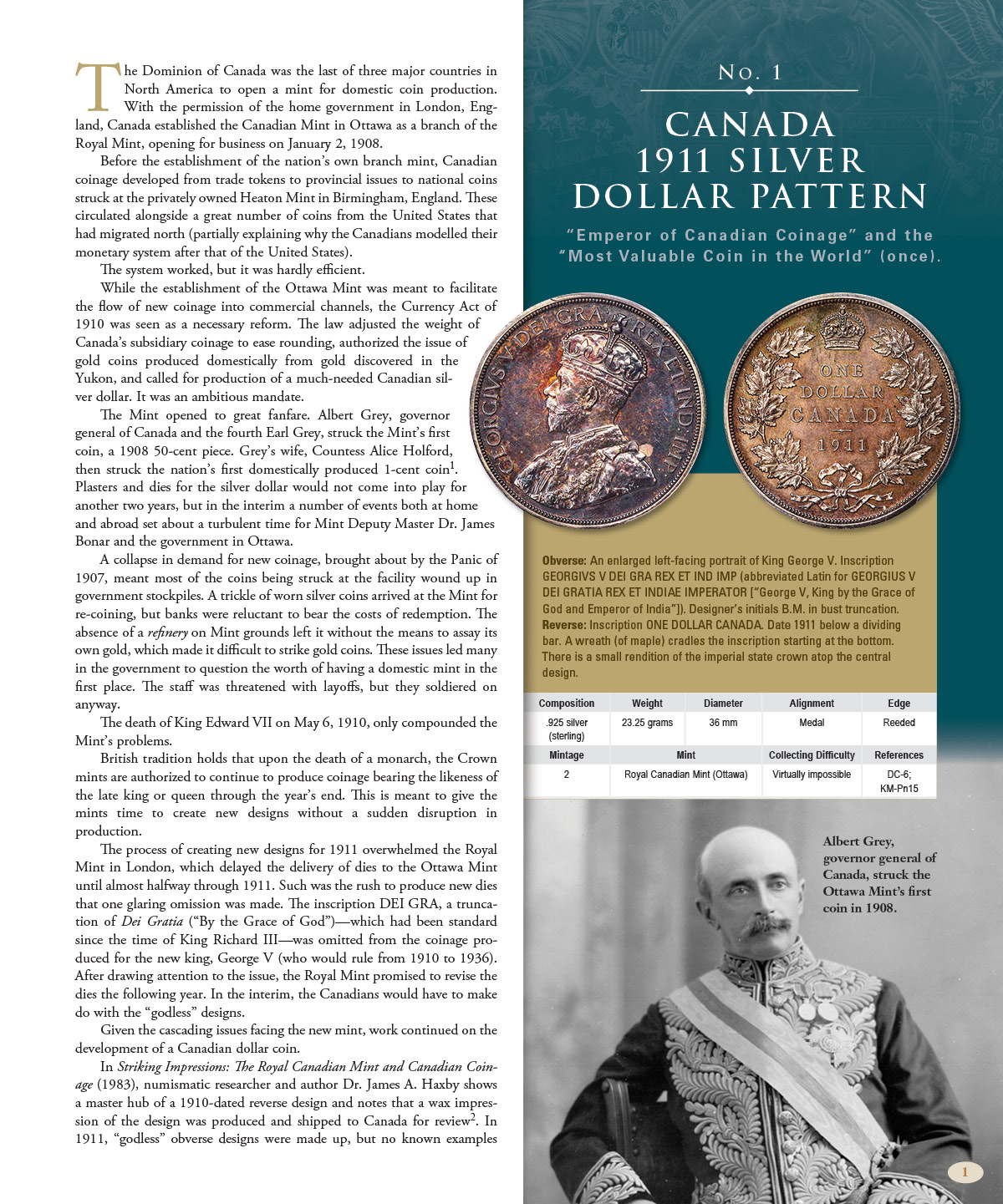 In this beautifully illustrated book, award-winning numismatic writers Morgan and Walker offer a guided tour of coins that have influenced the world and captured the imaginations of collectors since the early 1900s. Their exploration focuses on such factors as rarity, value, popularity, beauty, innovation, and historical significance. 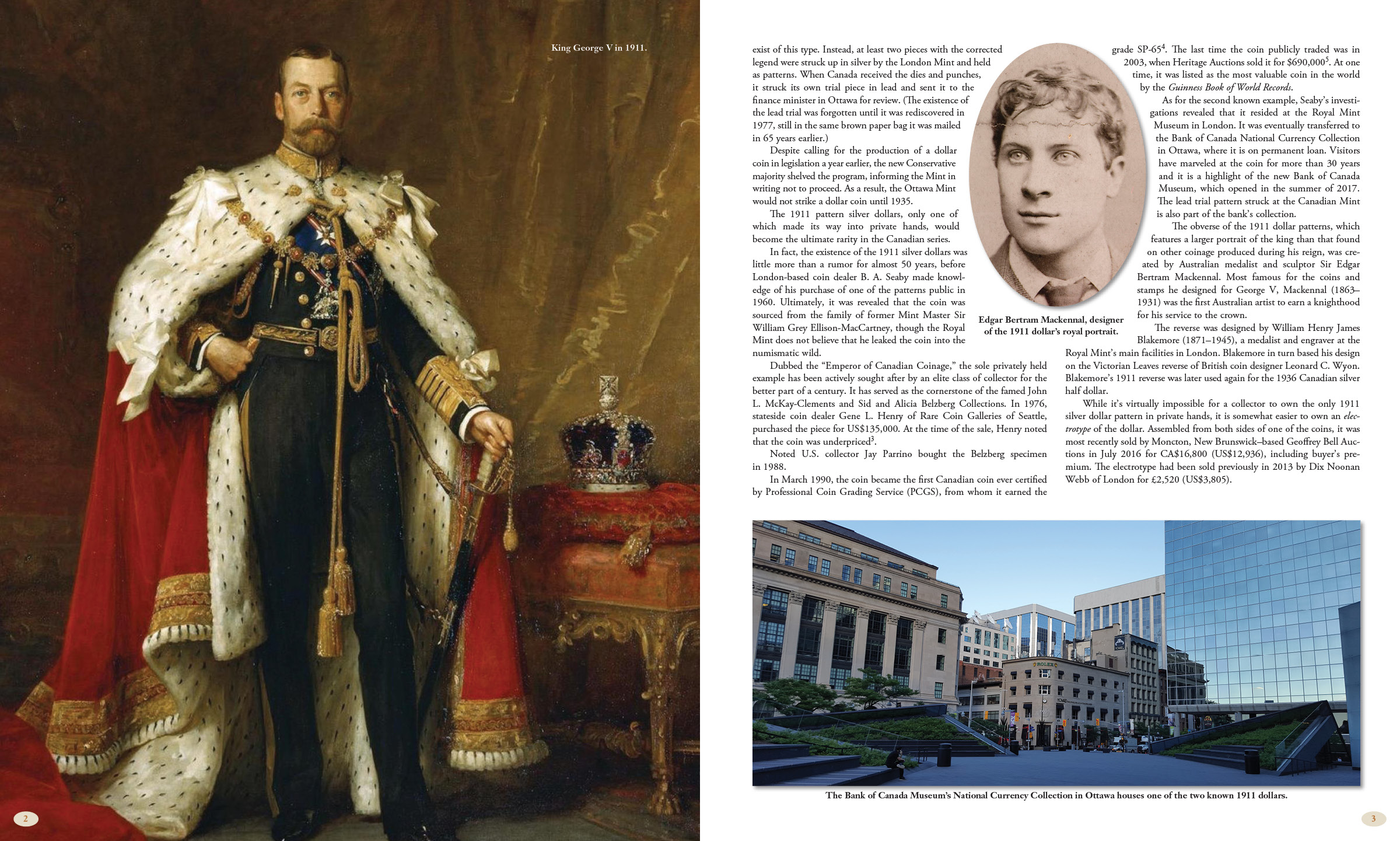 “We start with the year 1901,” the authors said. “The 20th century was such a consequential period for numismatics that its coins deserve to be considered among their peers. This is an essential period to study in order to understand the present and future role of coins in society. Over the course of 100 coins, we embark on an effort to tell that story.” 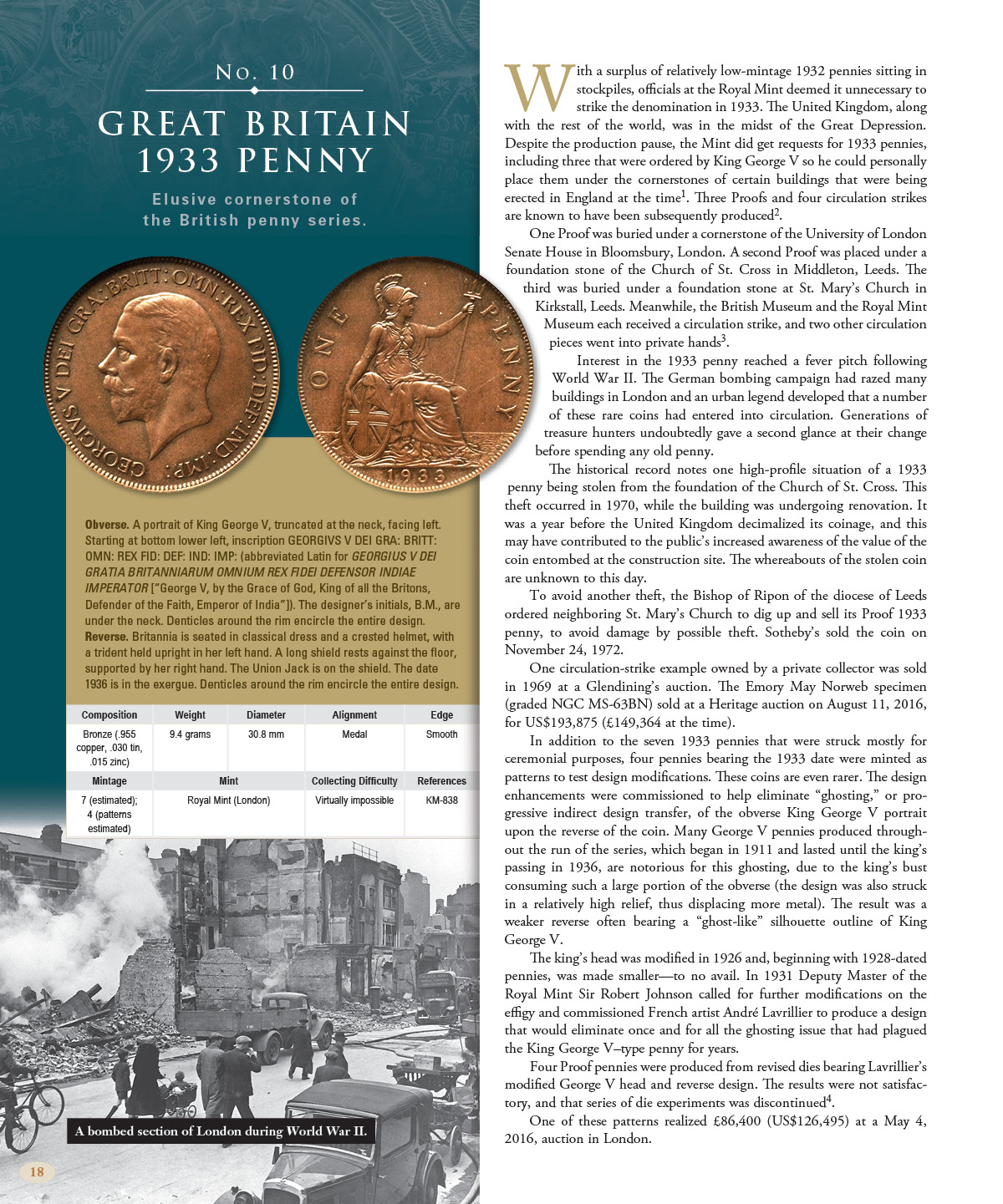 In the book’s foreword, Donald Scarinci, ranking member of the U.S. Treasury’s Citizens Coinage Advisory Committee, noted that modern coins bridge “the classic designs of the great 18th- and 19th-century engravers, like Pierre-Simon-Benjamin Duvivier and William Wyon, and the contemporary masterpieces of sculptors such as Herbert Wähner and Donald N. Everhart Jr.” He praised Morgan and Walker for setting each coin in context and bringing them to life. “100 Greatest Modern World Coins will inspire, inform, and entertain you,” Scarinci said. “Enjoy the journey and let it spark ideas for building your own significant collection.” 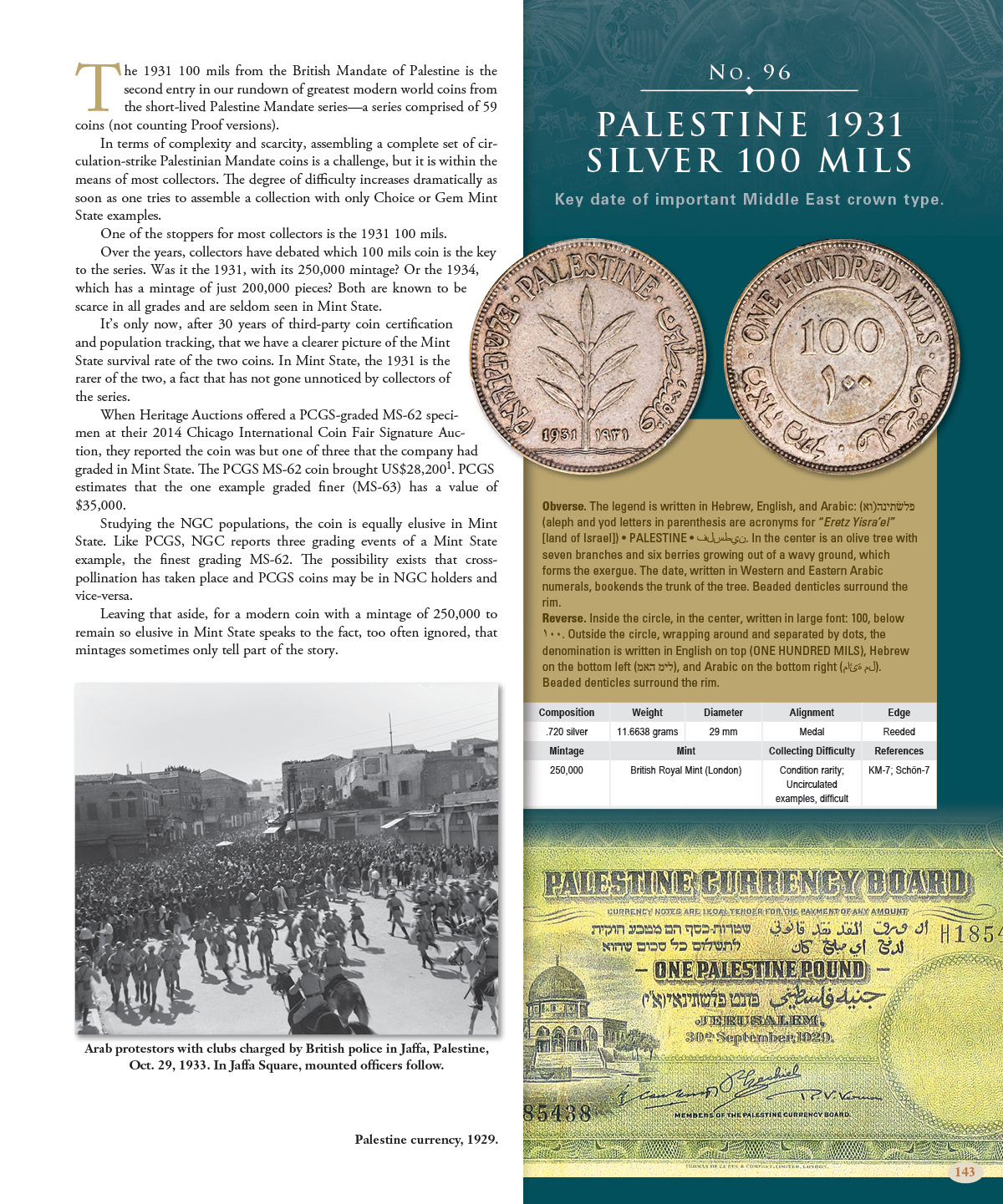 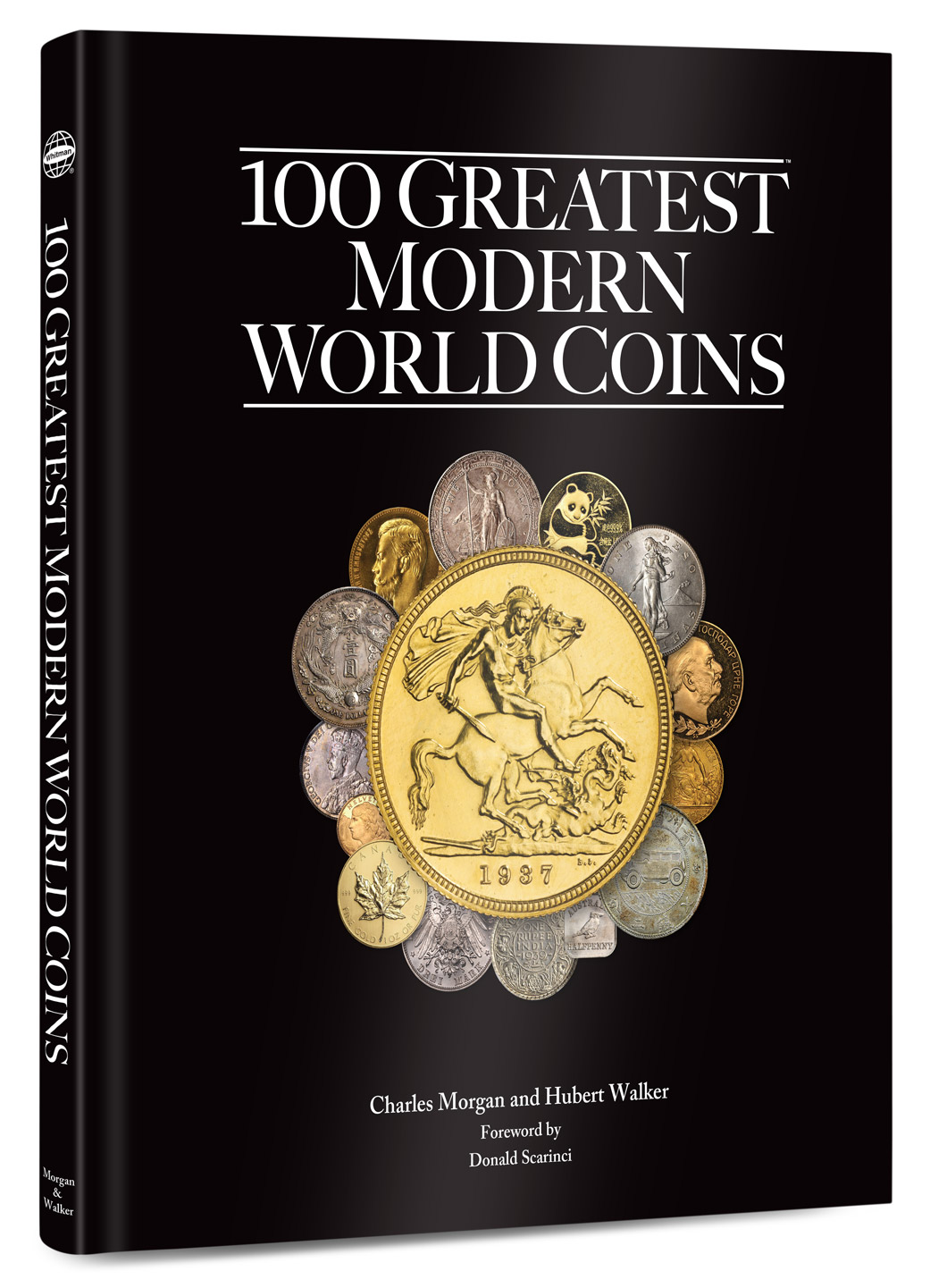 Whitman Publishing is the Official Supplier of the American Numismatic Association. As a benefit of membership in the ANA, members can borrow 100 Greatest Modern World Coins (and other Whitman books) for free from the Association’s Dwight N. Manley Numismatic Library, and also receive 10% off all Whitman purchases. Details are at the website of the ANA.