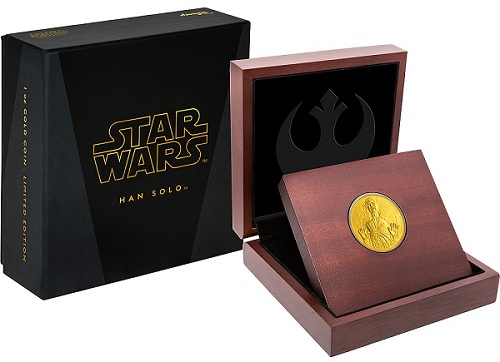 The New Zealand Mint has issued the second character design in its new Star Wars Classic series after featuring Darth Vader on gold and silver coins back in September. This time, the coins carry an image of Harrison Ford’s Han Solo frozen in carbonite, referencing the famous scene from Star Wars Episode V: The Empire Strikes Back. The Star Wars Classic: Han Solo design is available as a 1 oz. gold coin, a 1 oz. silver coin, and a 1/4 oz. gold coin; each coin comes with a stylized case and a certificate of authenticity.

The three coins share a common design. The rendering of a frozen Han Solo looks as though he is trapped inside the gold or silver of the coins. Inscribed along the rim is 1 oz 9999 FINE GOLD. 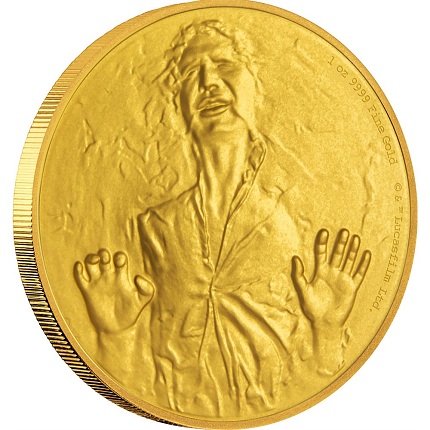 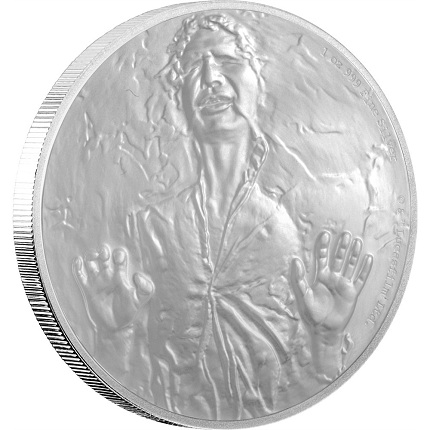 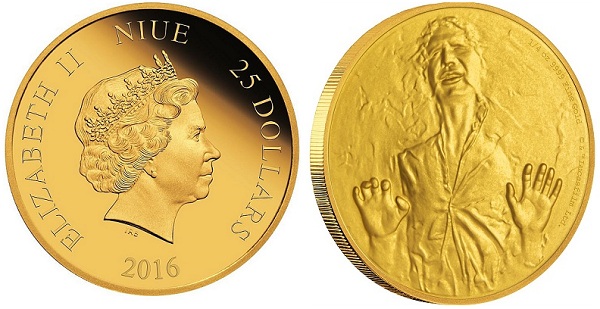 The obverse of each coin carries Ian Rank-Broadley’s portrait of Queen Elizabeth II, with the inscriptions ELIZABETH II, 2016, NIUE, the country of issue, and the monetary denomination.

A silver kilo issue of the Darth Vader design has also been released. It has a mintage limit of 1977 and can be purchased for $1,500. For more in formation on the Star Wars Classic series, please visit the New Zealand Mint’s Web site.