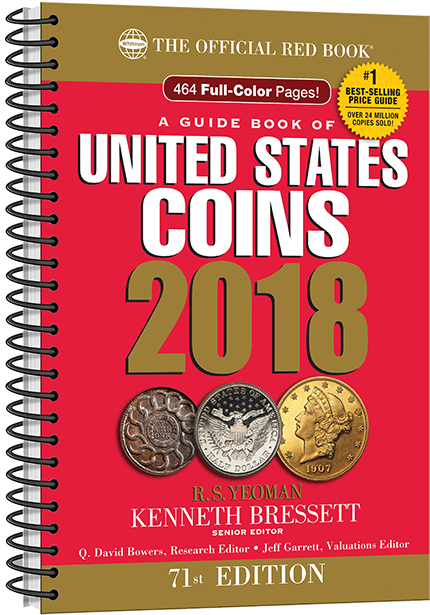 (Pelham, Alabama)—The 71st edition of the hobby’s Guide Book of United States Coins (popularly known as the “Red Book”) will launch at the Whitman Baltimore Coin and Collectibles Expo on March 30, 2017. It features new and extensively updated content reflecting the current market for collectible coins. To celebrate the 225th anniversary of coinage at the Philadelphia Mint (1792–2017), the hardcover version of the Red Book’s 71st edition includes a commemorative gold-foil portrait of David Rittenhouse, first director of the Mint, who was appointed by President George Washington. The Red Book can be pre-ordered online (including at Whitman.com) in several formats, and after the Expo will be available from booksellers and hobby shops nationwide.

Coin collectors have used the Red Book to value their collections since the 1st edition was published in 1946. Senior Editor Kenneth Bressett noted that “The Red Book continues to be a reliable standard reference written not only for collectors, but by collectors. Through their constant vigilance and input, hobbyists contribute to the Red Book’s consistency and reflection of market trends.”

At 464 pages the new 71st edition prices 7,900 entries in up to 9 grades each, with more than 33,000 retail valuations in total. “The Red Book is an invaluable source of current price information combined with important historical information for each issue,” said Valuations Editor Jeff Garrett. The book has 2,000 images, including enlarged close-ups of rare die varieties, with 442 of them new this year.


The 71st-edition Red Book includes the new 2017-P Lincoln cents, struck in Philadelphia with a “P” mintmark (the first ever on a one-cent coin) to honor the 225th anniversary of coinage there. The book also includes the final issues of the Presidential dollar program: Richard Nixon, Gerald Ford, and Ronald Reagan. Special coverage is given to the 1916–2016 gold Mercury dimes, Standing Liberty quarters, and Liberty Walking half dollars, and to the Mint’s new program of High Relief American Liberty $100 gold coins.

The 71st edition covers 94 additional new issues compared to the 70th edition, and 11 new coin sets. Mintages have been updated across the board using the latest numismatic research and government data. Data and information on modern Satin Finish coins have been revised and updated.

The 71st edition also continues a section that debuted last year, covering foreign coins that circulated as legal tender in the British American colonies and early United States. This section includes photographs, history, and pricing for collectible Spanish-American, Dutch, French, and English coins dating from the 1550s to the 1820s.

Expansions and updates are also seen in the appendices. The appendix on modern U.S. Mint gold and silver medals lists more than 30 medals and sets, now including the Young Astronauts medals, Benjamin Franklin Firefighters medal, 9/11 silver medal, and others.

As in past years, collectors will benefit from the Red Book’s recent auction records provided for significant rare coins. Listed throughout the charts are 194 notable auction results. Combined with the listed retail prices, the auction data help advanced collectors understand the modern market for high-end rarities.

In a positive measure of the health of the hobby and ongoing numismatic research, the Red Book’s bibliography includes 29 standard references published within the past five years.

The cover of the spiral-bound 71st edition shows three classic American coins: a 1787 Fugio copper, a Barber half dollar, and a Liberty Head $20 double eagle.

All versions and formats of the 71st-edition Red Book will be available at its national debut at the Whitman Publishing booth during the Baltimore Expo, March 30–April 2, 2017, at the Baltimore Convention Center. 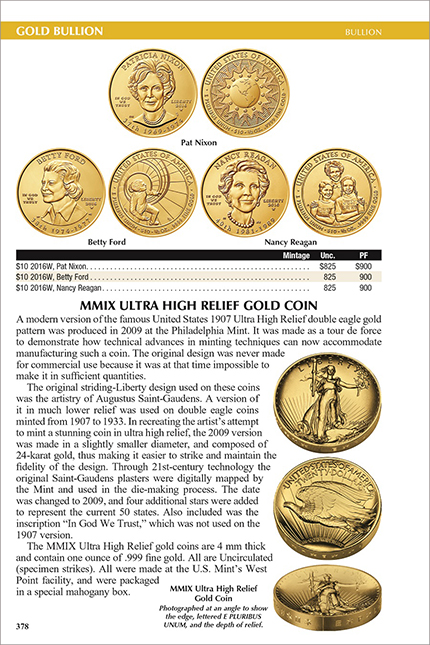 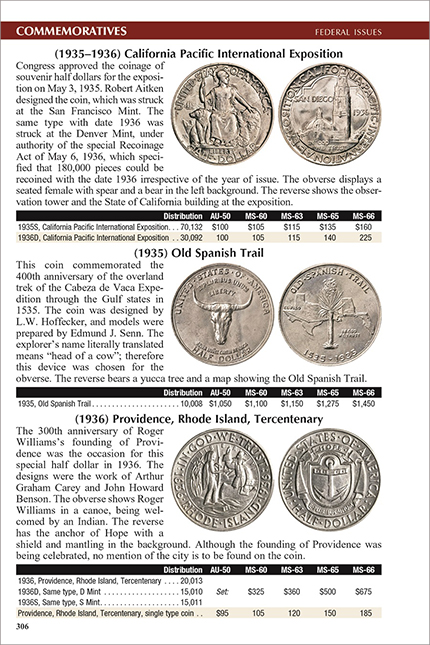 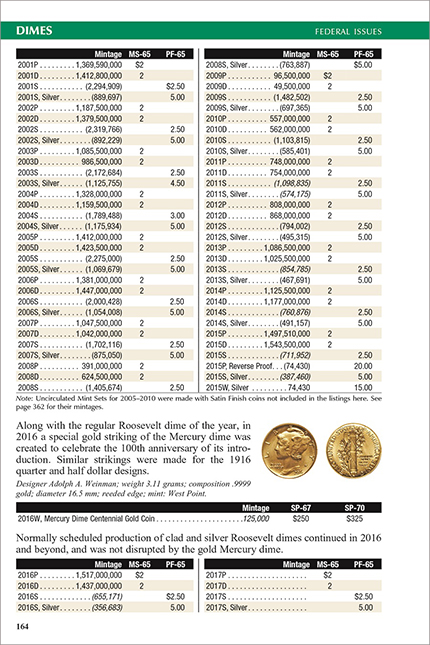 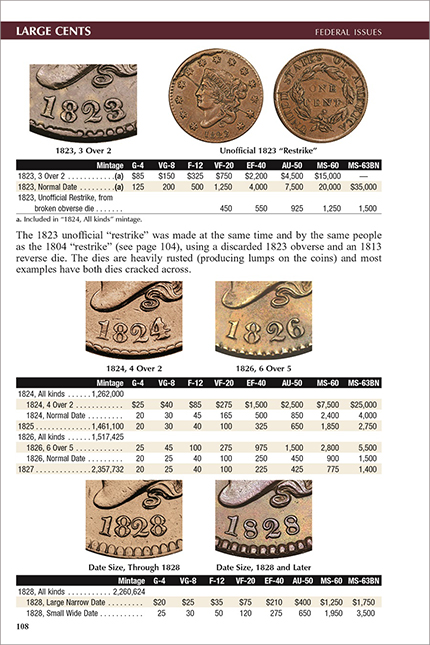