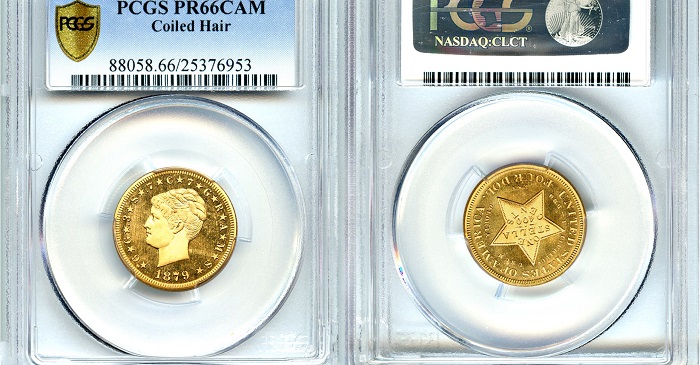 David Lawrence Rare Coins (DLRC) acquired, on behalf of a client, one of the rarest U.S. gold issues from the 19th century. Graded as a Proof 66 Cameo, DLRC placed an 1879 Coiled Hair $4 Gold Stella for just over $1,000,000. This transaction solidified the coin as one of the newest members of the PCGS Million Dollar Coin Club. Last sold in January 2014 for $851,875 in public auction, the coin had been held off the market for a few years and was recently acquired on behalf of the collector from a New Jersey dealer.

John Brush, president of DLRC, said, “A collector that we’ve had the privilege of working with in recent years contacted us in his search for a Coiled Hair Stella. Thanks to our long-standing relationships with dealers throughout the country, we were able to locate this piece quickly, and we were excited to marry the coin and the collector.”

The $4 Stellas of 1879 and 1880 are considered “pattern” coinage but are treated and collected as regular issue Proof gold pieces. Originally created by John A. Kasson with help from Dr. William Wheeler Hubbell, the Stellas were to be used for international trade. However, the coins did not gain traction and the production was halted. There are two varieties, Coiled Hair and Flowing Hair, with Coiled Hair being the rarer of the two. The 1879 Coiled Hair is the second rarest date, the rarest being 1880, and only 12 examples are known to have been minted.

“In the current marketplace, high-end coins are becoming harder to locate,” continued Brush. “As collectors and investors once again are returning to collectibles, we’ve seen record results in many public auctions and in private transactions. So when collectors let us know their current want lists, we work hard to locate special coins such as the Coiled Hair Stella.” 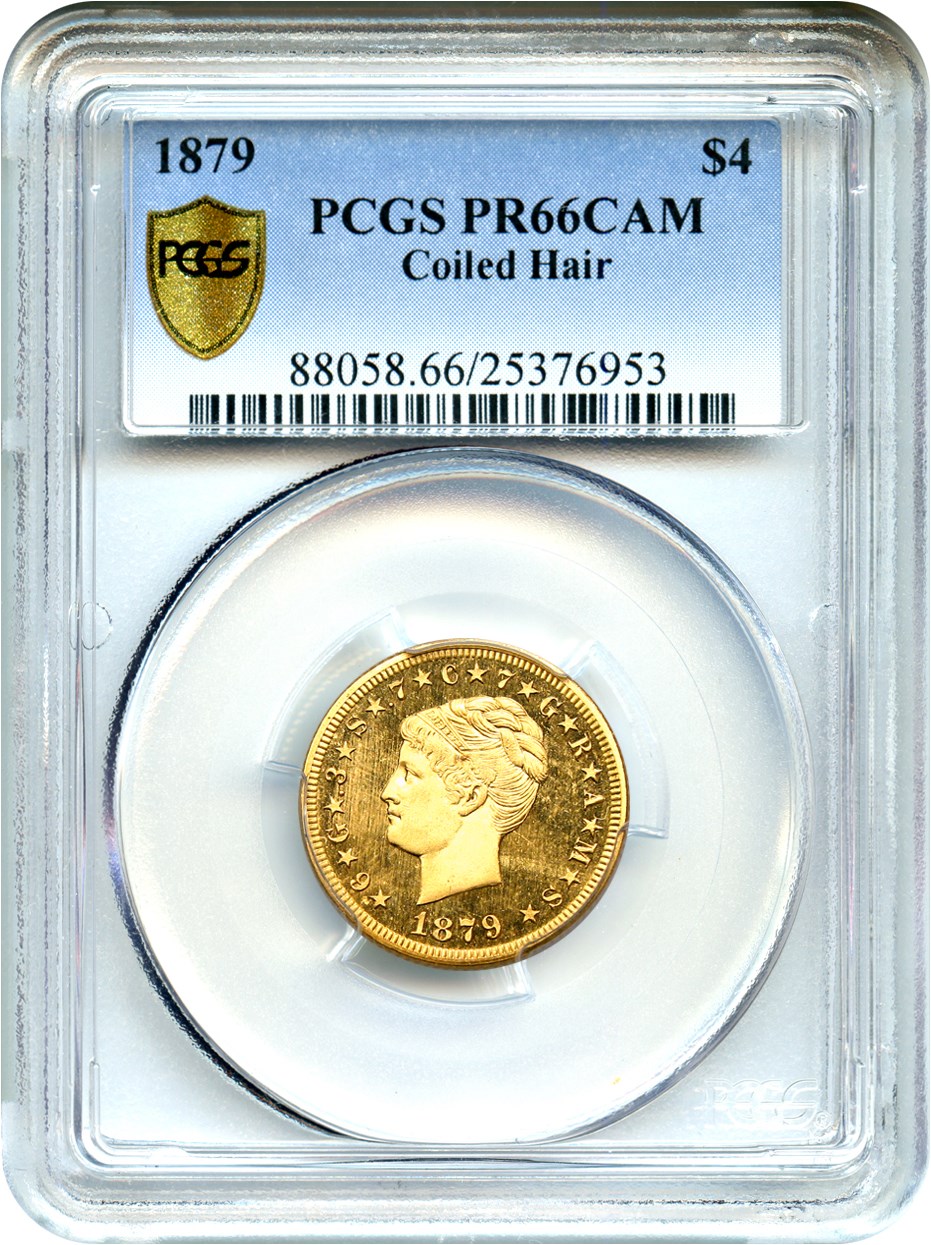 This example of the 1879 Coiled Hair Stella can be traced back several generations as it was once part of the fabled Garrett Collection, and more recently the Buddy Ebsen Collection. A premium gem with well-struck devices, the lightest softness is noticed on some hair strands due to the typical planchet striations. Possessing frosty surfaces with wonderful cameo contrasts and deeply mirrored fields, the eye-appeal of this piece is nearly unmatched.

David Lawrence Rare Coins specializes in certified U.S. coins. Whether you are just starting your collecting journey or you’re in the process of putting together one of the top sets of U.S. coins, David Lawrence can certainly help put their service and expertise to work. Please contact us at 800-776-0560 or email , and we’ll work with you to figure out what we can do to help you and your collection!

DLRC is located in Virginia Beach, VA, and offers products via their website, trade shows, Amazon, and on eBay (davidlawrencerarecoins).