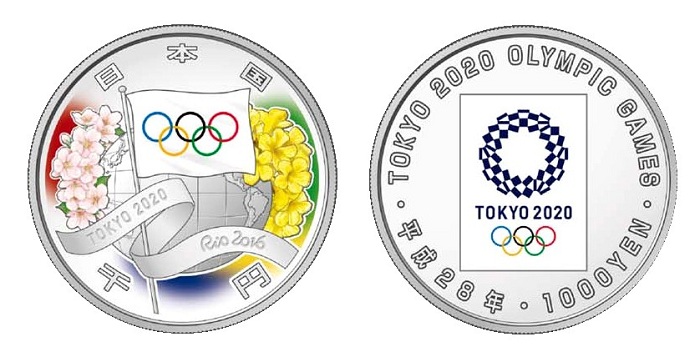 The Mint of Japan has unveiled (August 24) two new silver coins inaugurating the start of their Olympic coin program as Tokyo prepares to host the XXXII Olympiad in 2020.

Japan’s Prime Minister also made a surprise appearance, stealing the show by emerging from beneath the center of Maracana Stadium dressed as the video game character Super Mario. He then offered the message, “See you in Tokyo!” With these ceremonies concluded, the Olympic flame, which had been burning since the opening ceremony, was extinguished. 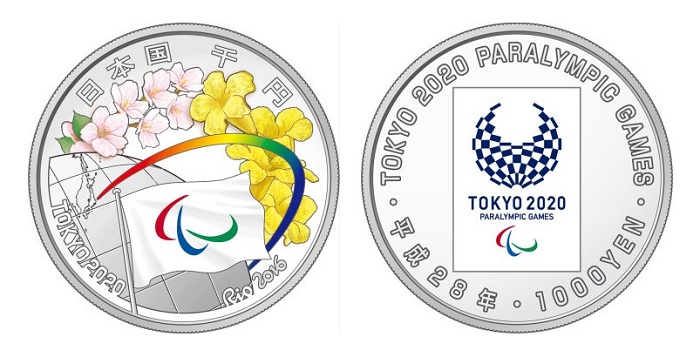 The coins will include a color design on both obverse and reverse sides. The obverse designs include the flags of the Olympic and Paralympic games, surrounded by cherry blossoms representing Japan, as well as the blossoms of the ipê-amarelo-da-serra tree, representing Brazil.

The reverse sides include both the insignias of the Tokyo Olympic and Paralympic games for 2020. The year of issue in the Imperial calendar and denomination also appear on the reverse.

Each coin is scheduled to begin production from next month, with shipping expected to start around December of this year. This will be the second time Japan and Tokyo host the Summer Olympics, with their first games being held in 1964. Japan and the city of Sapporo hosted the 1972 Winter Games and the 1998 Winter Games were hosted in Nagano. For more information on these and other coins offered by the Mint of Japan, please visit their Web site. A list of approved international distributors is available on this Web page.