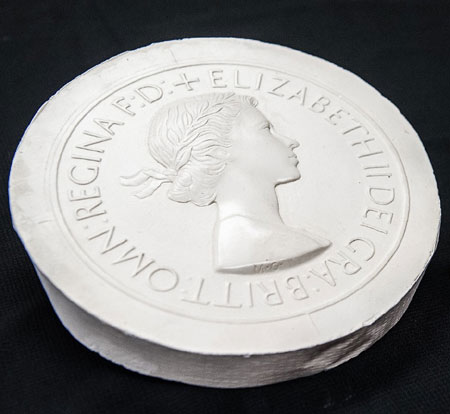 The announcement was made to mark and coincide with the 50th anniversary of the death of Sculptor Mary Gillick, who was the artist behind the design of the Queen’s first effigy which made its debut in 1953 again, on British coinage as well as many colonial and Commonwealth nations coinage. This first portrait was eventually and officially retired in 1971, when the United Kingdom adopted a decimal currency. However, the first portrait continues to adorn Maundy money coins, silver pieces of 1, 2, 3 and 4 pence and given out by the Sovereign on Maundy Thursday – the coins given out to both men and women, the same number as the Monarch’s age and each receive the amount in pence as the Sovereign’s age. It is believed that the Queen and Prince Philip like the Gillick portrait too, which is one of the reasons why it has been retained as the effigy that is still seen on Maundy coins. Gillick’s familiar and charming portrait, portrays The Queen wearing a wreath on her head and was considered to be fresh, evocative and reflective of the nation’s optimism as it greeted a new monarch in the post-war years. 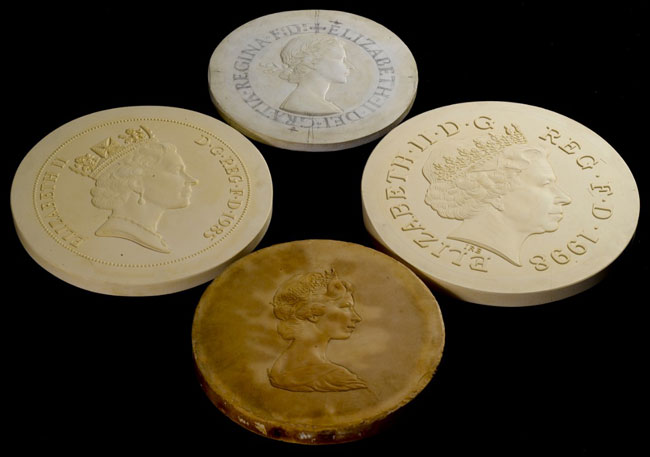 To date, there have been just four official UK definitive coin portraits created during The Queen’s 63 year reign, with the most recent portrait by Ian Rank-Broadley FRBS acting as a familiar presence on our coins since 1998. The fifth definitive portrait was chosen by a closed competition commissioned by the Royal Mint Advisory Committee (RMAC) where a number of specialist designers were invited to submit designs under anonymous cover, before a winner was selected by the RMAC.

Adam Lawrence, Chief Executive of The Royal Mint has confirmed that all newly issued 2015 year dated coins will continue to be struck with the current portrait of The Queen until the new portrait and its designer are announced on 2 March, when the new design will be struck on coins made after that date.