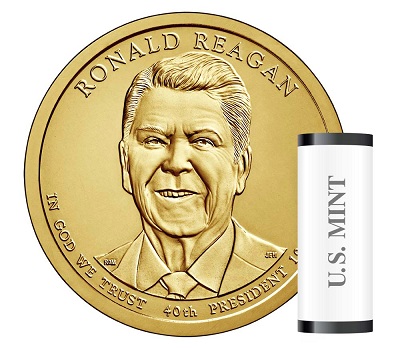 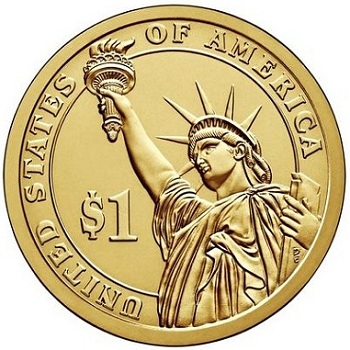 The reverse is common to all Presidential $1 coins and was designed and engraved by Don Everhart. It includes an image of the Statue of Liberty beside the coin’s $1 denomination, with UNITED STATES OF AMERICA curving along the rim.

The conclusion of the Presidential dollar coins series coincides with the release of the final First Spouse gold coins, which feature Nancy Reagan. Future products containing the Reagan dollar include the 2016 Ronald Reagan Presidential $1 Coin and First Spouse Medal set, due for release on July 5, and the 2016 Ronald Reagan One Dollar Coin Cover, slated for issue some time in August.