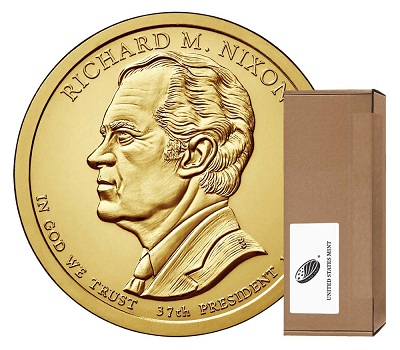 Earlier this week, the U.S. Mint released rolls, bags, and boxes of the 2016 Richard M. Nixon Presidential $1 Coin. This is the first Presidential dollar of 2016, to be followed later in the year by issues featuring Gerald Ford and Ronald Reagan. 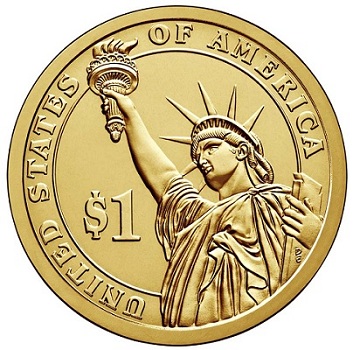 The Richard Nixon Presidential dollar features an image of Nixon on its obverse, with RICHARD M. NIXON inscribed along the top of the design and IN GOD WE TRUST, 37th PRESIDENT, and 1969-1974 displayed at the bottom. The reverse bears a design common to all Presidential $1 coins; a depiction of the Statue of Liberty is placed beside the coin’s $1 denomination, with UNITED STATES OF AMERICA curving along the rim. Don Everhart designed and engraved both the obverse and the reverse of the coin.

As living Presidents are ineligible for this series, the Presidential $1 coin program will conclude following the release of the Reagan issue later this year. Images of the upcoming Gerald Ford dollar can be viewed here, and the Ronald Reagan design will be shared at an unveiling ceremony on Saturday, February 5.