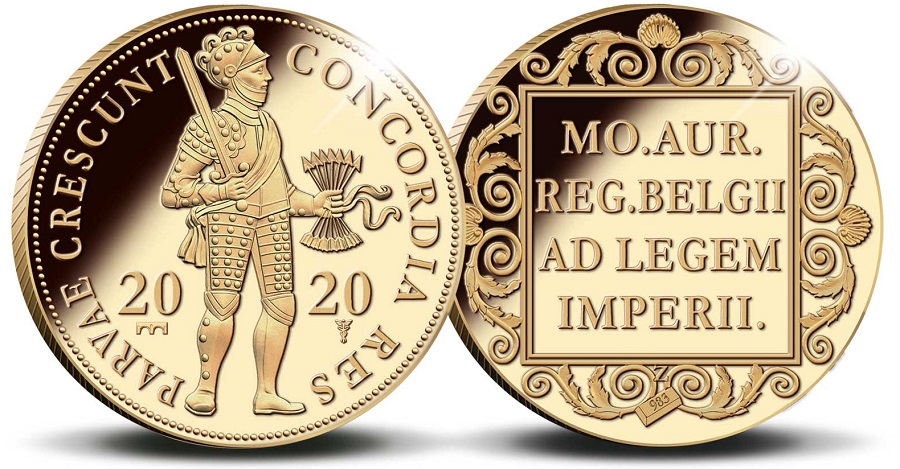 Orders Being Accepted Until May 31. After That Date, Mintage Will Be Set. Reservations Can No Longer Be Guaranteed

The Dutch gold ducat and double gold ducat are appearing in another variation of their traditional, classic design for their 2020 issue. The first gold ducat with the legendary standing knight was struck in Holland under the United Provinces in 1586. The first double ducat came from the province of Friesland in 1612. The Dutch Kingdom continued the practice. The coin has always had the same basic obverse of a standing knight accompanied by an ornately inscribed tablet on the reverse. The only variations reflect artistic liberties taken by mint engravers. The coins are based on the design of the engraver Johan Willem Marmé, the die cutter at the Utrecht Mint from 1763 to 1795. Marmé’s present-day successors in Utrecht have taken his original design, characterized by a distinct helmet and accurate, detailed buttons on the knight’s outfit, and adapted it to the requirements of 21st-century minting.

The 2020 issues are the third in a four-year series that focuses on the international use of the ducats over four centuries. They use the points of the compass as a guide to explore the trade routes in which the gold ducats played an important role. The 2018 coin pointed north to the Baltics, where the grain trade, in particular, led to enormous profits for Dutch traders. The journey in 2019 was east to Asia, where in addition to the Dutch trading outpost of Batavia (Indonesia), the Dutch East India Company (VOC) founded many different trading posts in several countries. To make trade easier, the company minted its own coins, including the gold ducats.

In 2020 the journey continues south, towards Africa, where many gold sources were discovered. Unfortunately, it was never certain that the treasure chests filled with the gold ducats, that were often carried on East India Trading Company ships to finance trade in Asia, reached their final destination. Privateers and pirates were lurking everywhere. Although the words “privateer” and “pirate” may seem the same today, in the Golden Age these were very different professions. Other than piracy, privateering was legal. A sovereign or delegated authority issued commissions (a permission slip) to the privateers, who in return shared part of their profit. Pirates lacked permission and therefore, would even attack ships from their own country. This year’s coins are adorned with acanthus leaves, shells, and a symbolic gold bar. 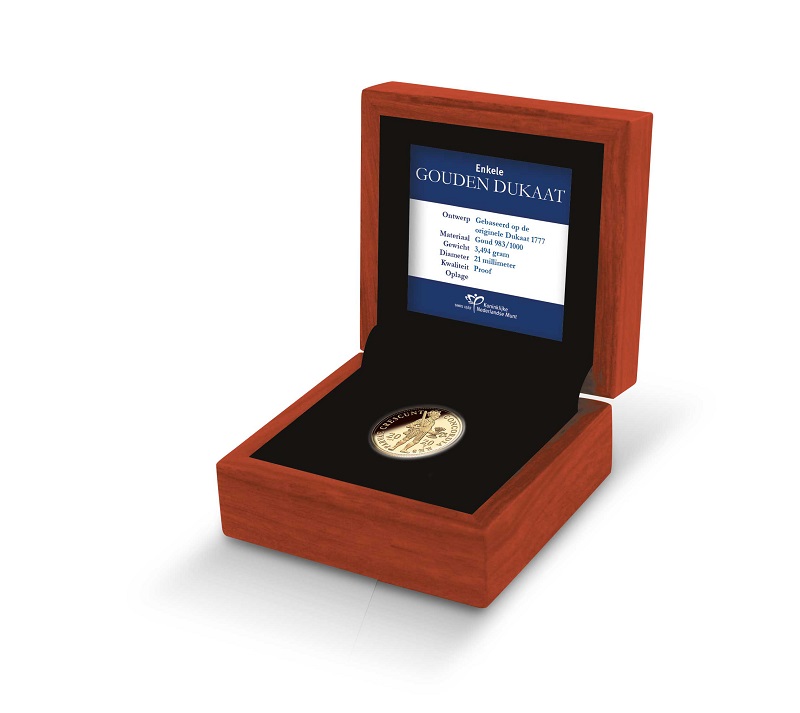 The coins are made of the long-time Dutch ducat standard of .983 fine gold. The single gold ducat weighs 3.494 grams and is 21 millimetres in diameter, and can be reserved for $389.00. The 26-millimetre double gold ducat weighs 6.988 grams and costs $629.00. Both are in wood cases with numbered certificates. 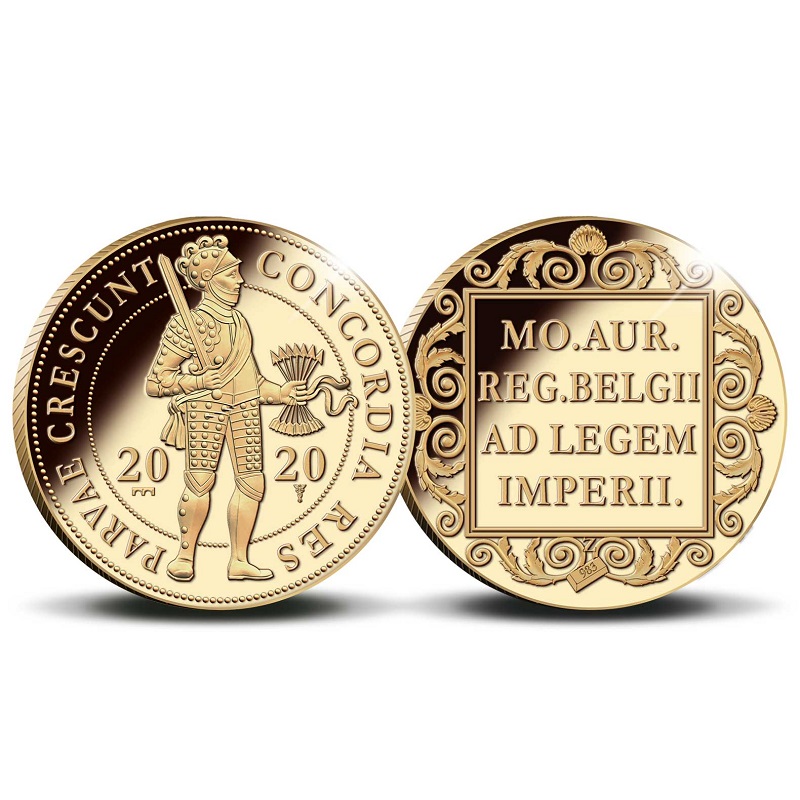 The single gold ducat and its companion coin, the double gold ducat, are both minted only in Proof quality and are being offered on a reservation-only basis until May 31. Sales will then close and the mintage will be restricted by the mint to the number of orders received. In 2018 the issued amounts were 798 gold ducats and only 634 double ducats.

The mint advises that delivery will be in September. The coins will only be charged to buyers when they are shipped. 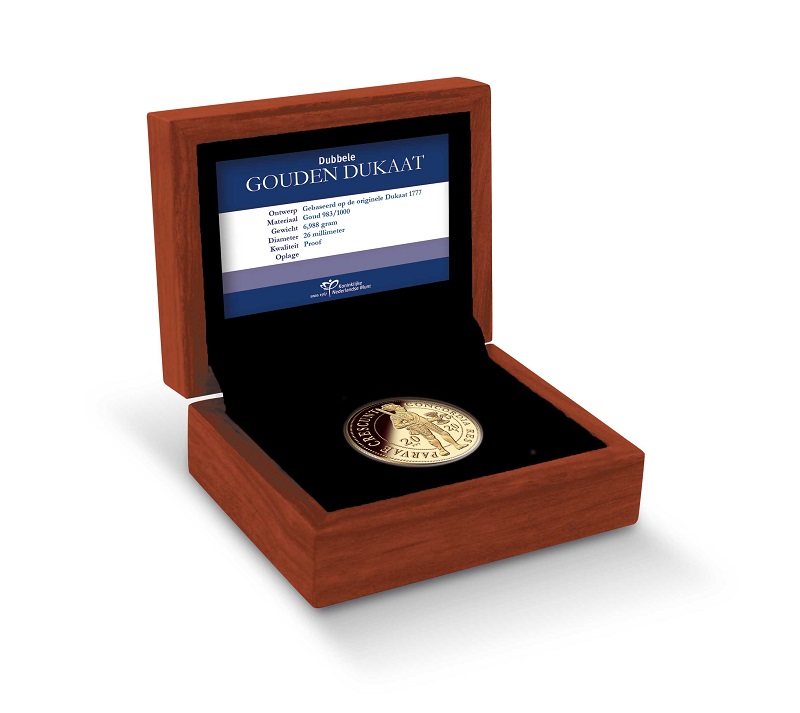