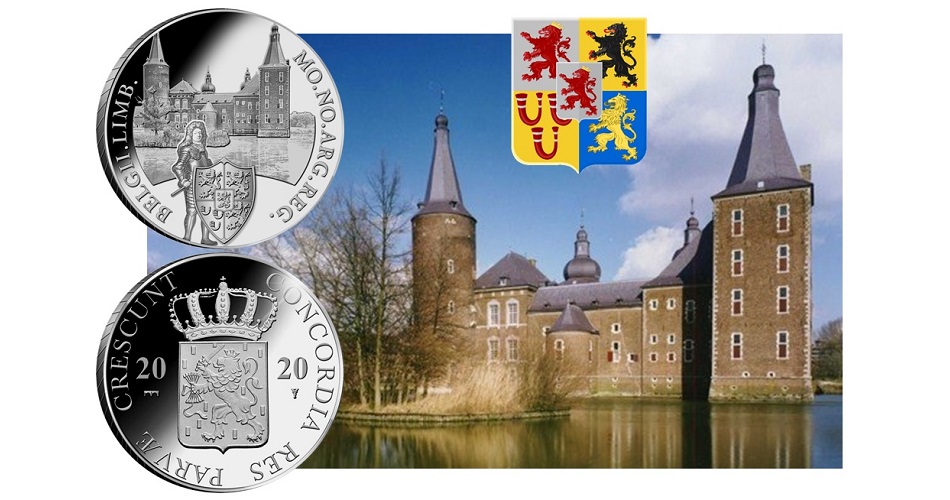 The Royal Dutch Mint has released (27th August) the third silver proof Ducat which is part of their new series entitled “Historic Castles” that combines the traditional depiction of the Anonymous Knight and representations of the 12 Dutch provinces by including images of famous Dutch historic castles located in various towns and villages. The 12 provinces comprising the Kingdom of the Netherlands include the traditional Seven United Provinces of Holland, Zeeland, Gelderland, Utrecht, Friesland, Overijssel, and Groningen. In 1796, Drenthe and Noord Brabant became the eighth and ninth provinces of the Netherlands. In 1840, Holland, the largest and most populous province, was divided into two separate provinces known as North Holland and South Holland, for a total of 11. The most recent addition was Flevoland in January 1986, which was created almost entirely of reclaimed land and became the kingdom’s 12th province.

The second 2020-dated silver ducat is dedicated to “Hoensbroek Castle” and is the third issue of the “Castles” series. The distinctive tall round tower dates to around 1360, when it was built by Herman Hoen, whose family lent their name to the family seat. Throughout the history of Hoensbroek, five distinct construction periods or architectural styles can be recognised and were noted during the 14th, 17th, and 18th centuries, respectively. Notably, from 1720 to 1722, Frans Arnold, Imperial Count van Hoensbroek, had substantial reworking done, including the construction of a new northwestern wing. The interior, with its illusionistic ceiling paintings, were added during the 18th century and show distinctive French influence.

The castle still has over 40 authentically decorated rooms, from a beautiful and elegant ballroom to a dark, lurid dungeon which still survives. With the exception of a few periods, Hoensbroek Castle was continually lived in as a primary residence for a total of seven centuries. Its most crucial history starts in the 14th century with the knight Herman Hoen, the first lord of the Van Hoensbroeck family. For almost 600 years, the halls and chambers of the castle were wandered through by knights, counts, and marquesses. All of Hoensbroek’s residents collectively form a colourful lineage of noble ladies and gentlemen. Famous Dutch writer and poet Bertus Aafjes and his family also resided in the castle between 1951 and 1973. Today, Hoensbroeck Castle is one of the Netherlands’ more popular tourist sites. As soon as you enter, its splendour is stunning, as though time has stood still. A visit to Hoensbroeck Castle also includes a selection of activities such as perfume-making, fencing, observing the care of birds of prey and falconry, shepherding, archery, and clay pigeon shooting. 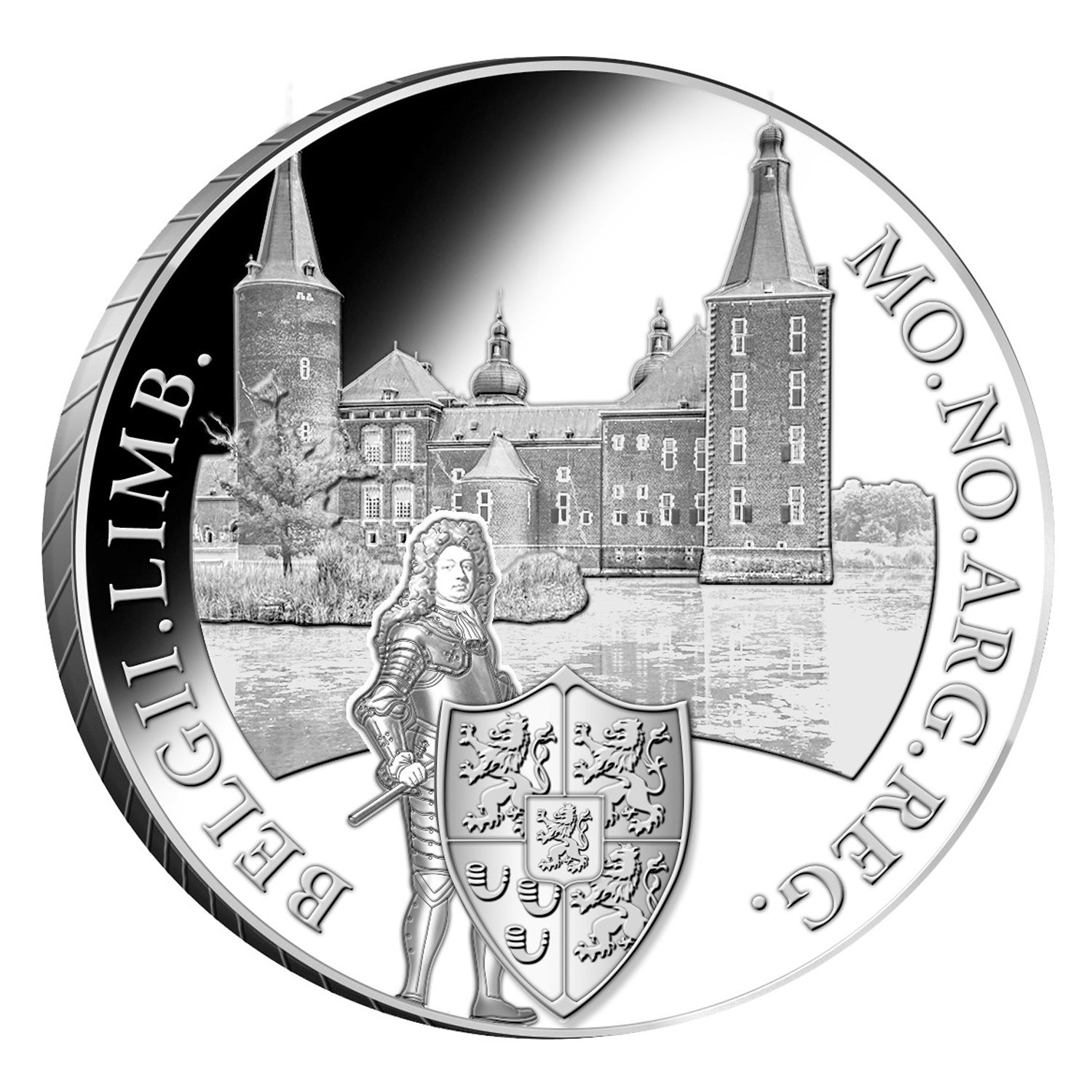 As part of the constant, in terms of the design for this series, the standing image of the Anonymous Knight is in the visage of Field Marshal Godard van Reede (1644–1703). At the age of 14, the young “Heer van Ginkel” was already being prepared for a military career and became a rhythm master of his own company of riders. In 1660 he accompanied his father on a diplomatic mission to the Spanish court, and it was on this occasion that the court painter Jurriaen Ovens created three life-size portraits of the family, and which the poet Joost van den Vondel — last seen on five-gulden banknotes — wrote his tribute to the family. During his lifetime, van Reede delivered outstanding military achievements in both the Netherlands and in the United Kingdom. On the shield is the historic crest of the province of Limburg, along with the inscription MO.NO.ARG.REG.BELGII.LIMB, which is the Latin abbreviation for Moneta Nova Argenta Regni (“New Silver coin of the Kingdom”), and denotes the province of Limburg. 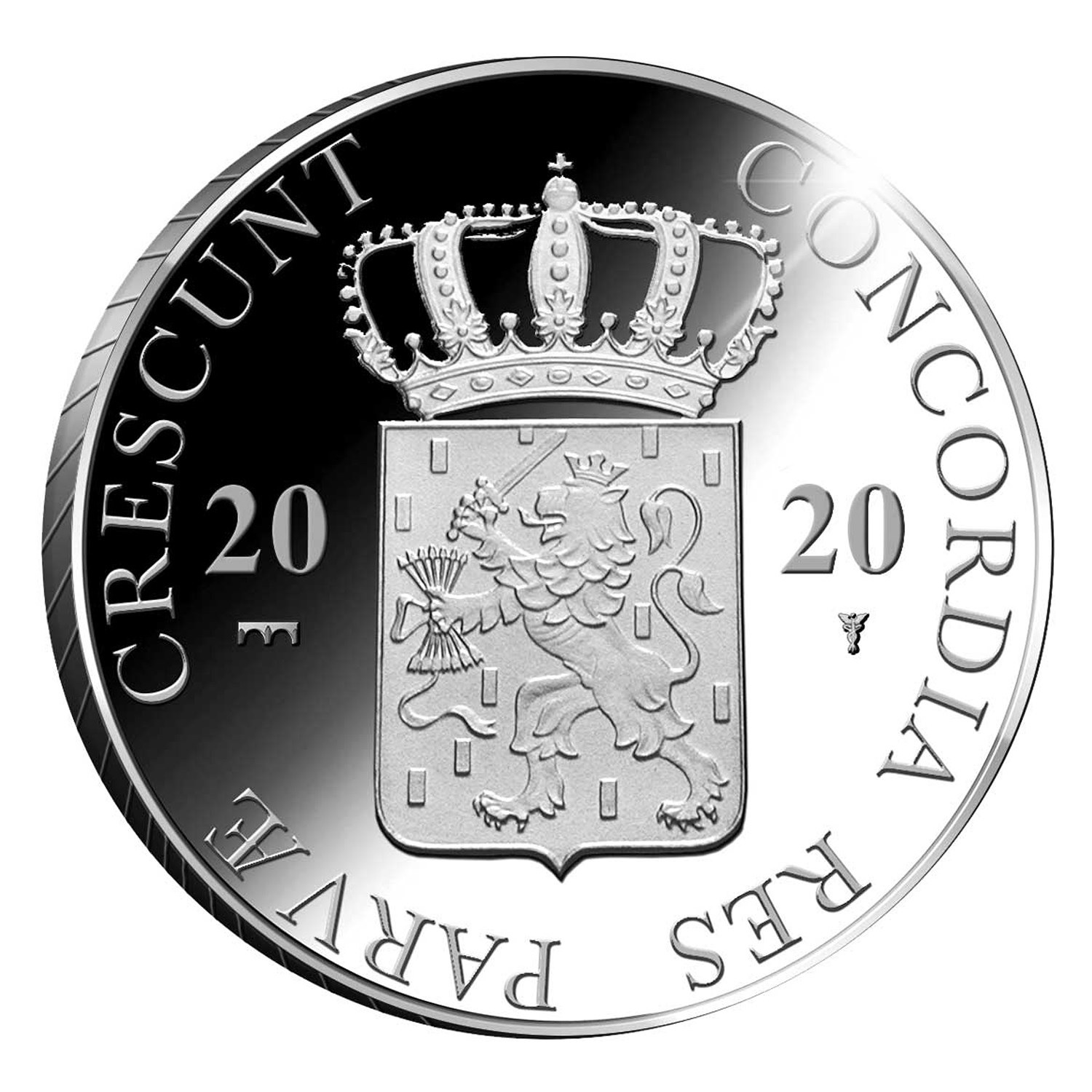 On the reverse is the national coat of arms of the Netherlands with the royal crown between the numbers of the year of issue and the inscription CONCORDIA RES PARVAE CRESCUNT (“Unity makes Strength”), the mint mark, and the privy mark. 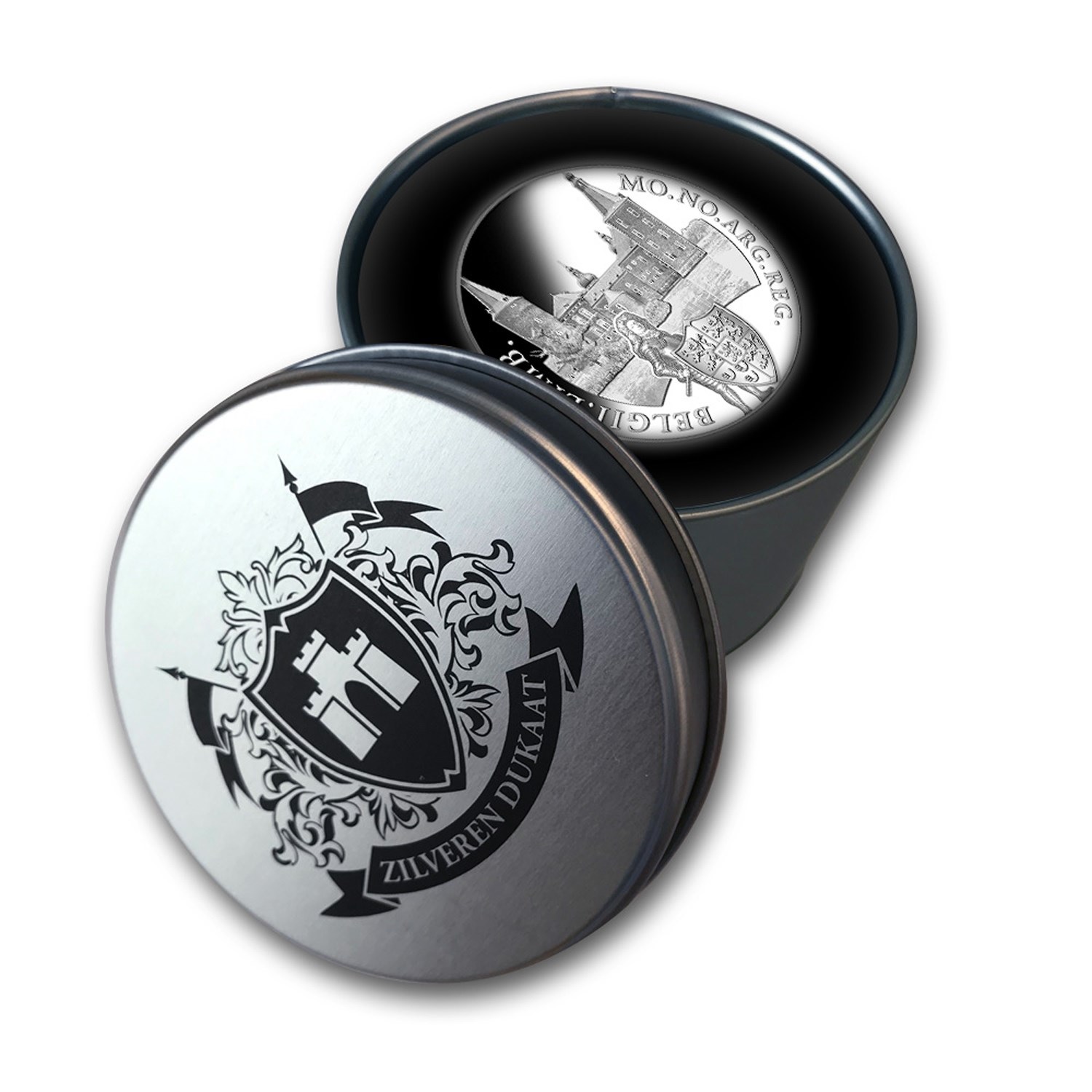 Silver ducats have been minted in the Netherlands since 1659, still retain their status as money in the realm, and are included in the currency law, though they are no longer used in transactions. Inspired by the knight’s armour, each coin is encapsulated and presented in a pressed metal cylindrical container with the logo of the Castles series and are accompanied by a certificate of authenticity. For additional information about this coin, please visit the website of the Royal Dutch Mint.