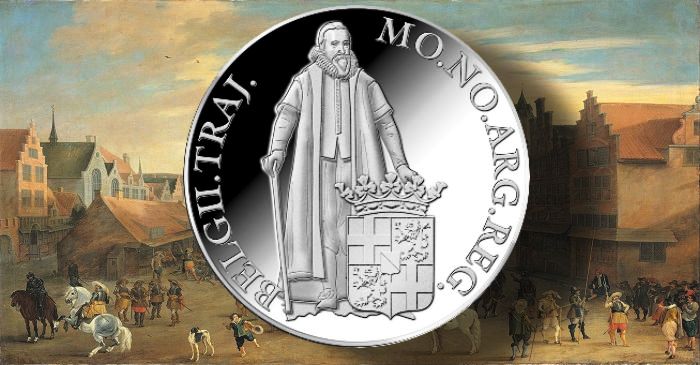 The Royal Dutch Mint have issued (29th September) the latest silver ducat in their present series,“Silver Ducats.” The traditional trade coin, which was a staple of European commerce and in many colonial states in the Americas, Asia, and Africa, is re-created to exact specifications and issued in a variety of designs. The current coin is the seventh issue in the series, which represents “The Twelve Provinces” of the Netherlands.

The second 2017-dated ducat depicts Johan van Oldenbarnevelt, a leading statesman of the Dutch Republic, in the armour of the Anonymous Knight. Johan van Oldenbarnevelt (1547–1619) was a lawyer, statesman, and, after William I (the Silent), he is the second founding father of an independent Netherlands. He was married to Maria van Utrecht (1551–1629), who was herself a notable figure in the Dutch Revolt against Spanish rule, and holds a prominent position in the overall history of the Netherlands. Van Oldenbarnevelt is also remembered in Dutch history as the founder of the Dutch East India Company in 1602, a similar version of the English-based East India Company. The Dutch East India Company also issued coins in an effort to increase trade in the regions where they were active, so this coin has a very close connection with van Oldenbarnevelt.

The Province of Utrecht is historical in terms of its importance as the place where several peace treaties were signed, including the Union of Utrecht accord in 1579 which united the northern provinces of the Netherlands (until then under the control of Habsburg Spain). The Treaty of Utrecht signed in 1713 ended the war of the Spanish succession, which ushered in a relatively prolonged period of peace between the powers of Europe. Since 1806, the city of Utrecht has been the site of one of the primary Dutch Mints, the second location being in Brussels. Utrecht became the sole location of Dutch minting after the independence of Belgium in 1830. 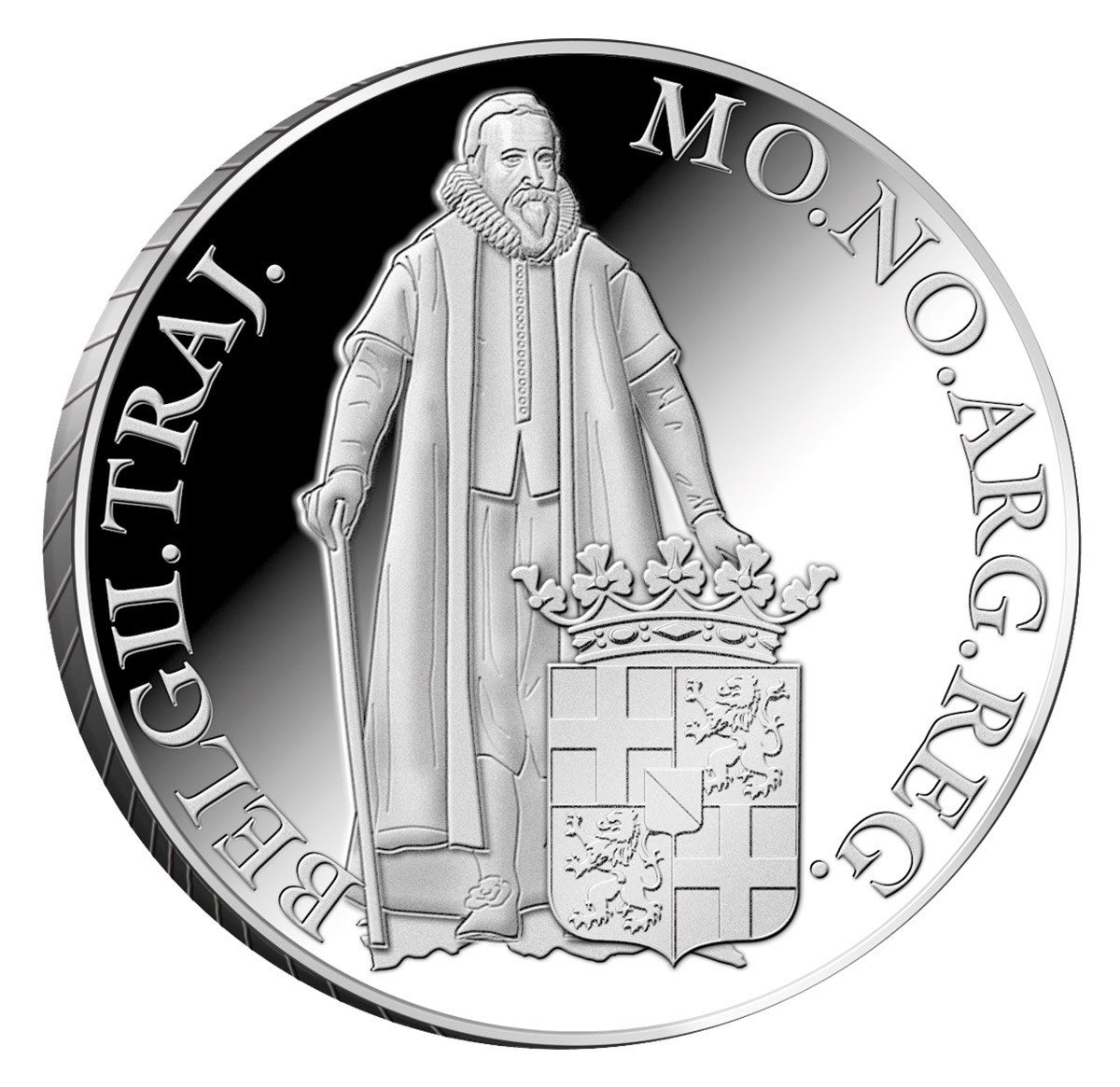 The obverse side of the coin depicts a standing Johan van Oldenbarnevelt (also Lord of Gunterstein), whose seat was in Breukelen, Utrecht. He is donning the uniform and armour of the Anonymous Knight and standing over an outline of the historical boundaries of the province of Utrecht. He is accompanied by the shield of the province. The crowned crest consists of two lions rampant alternated by two crossed shields. The Latin inscription around the coin MO: NO: ARG: REG: BELGII: TRAJ translates to “New Silver Money of the Belgian Kingdom, county of Utrecht.” 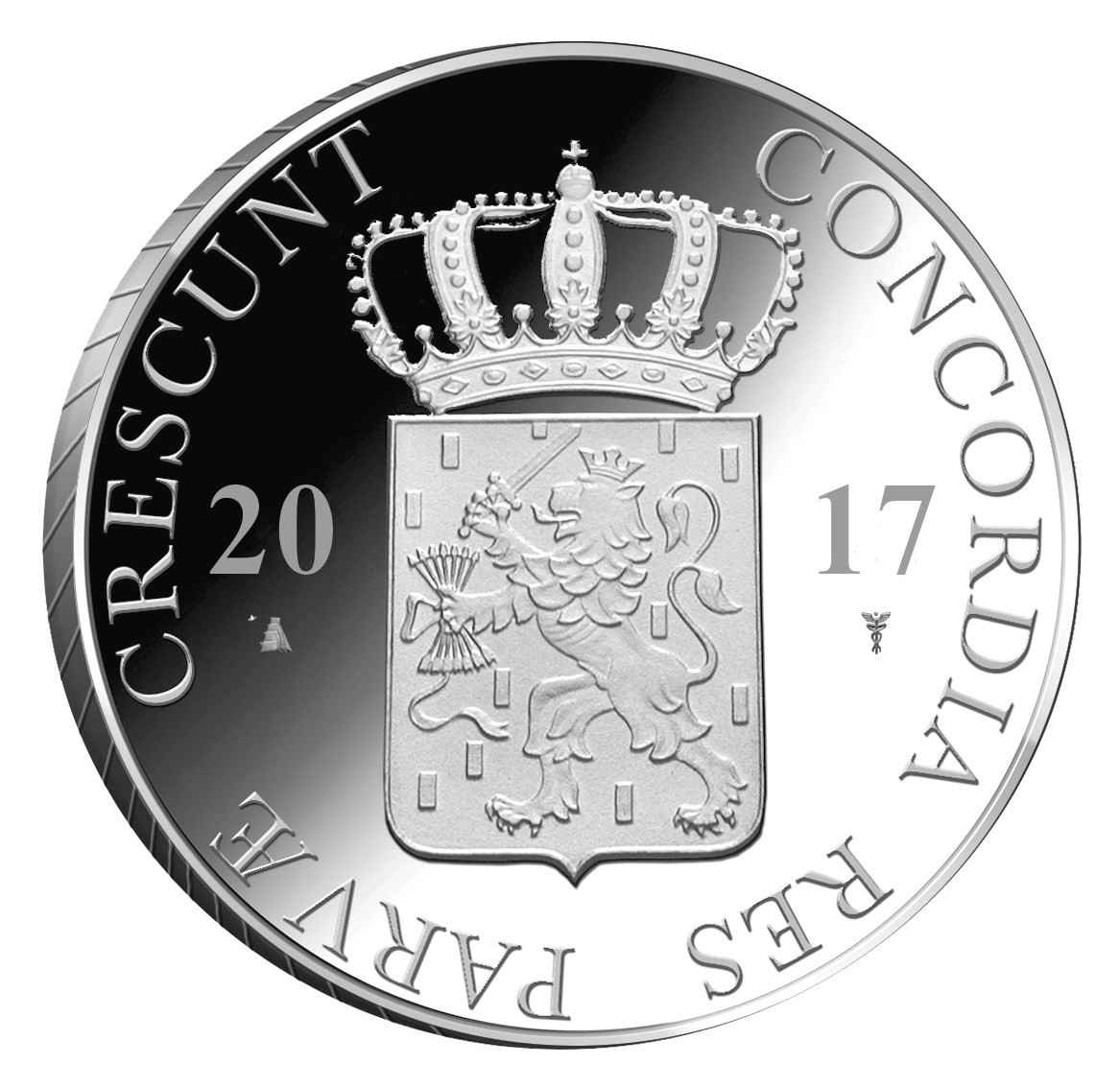 The reverse of the coin includes the modern Dutch crest, crowned, along with the year of issue, seen as two digits on either side of the shield. The Latin text around the crest reads CONDORDIA RES PARAVE CRESCUNT, or, “In harmony small things grow.” 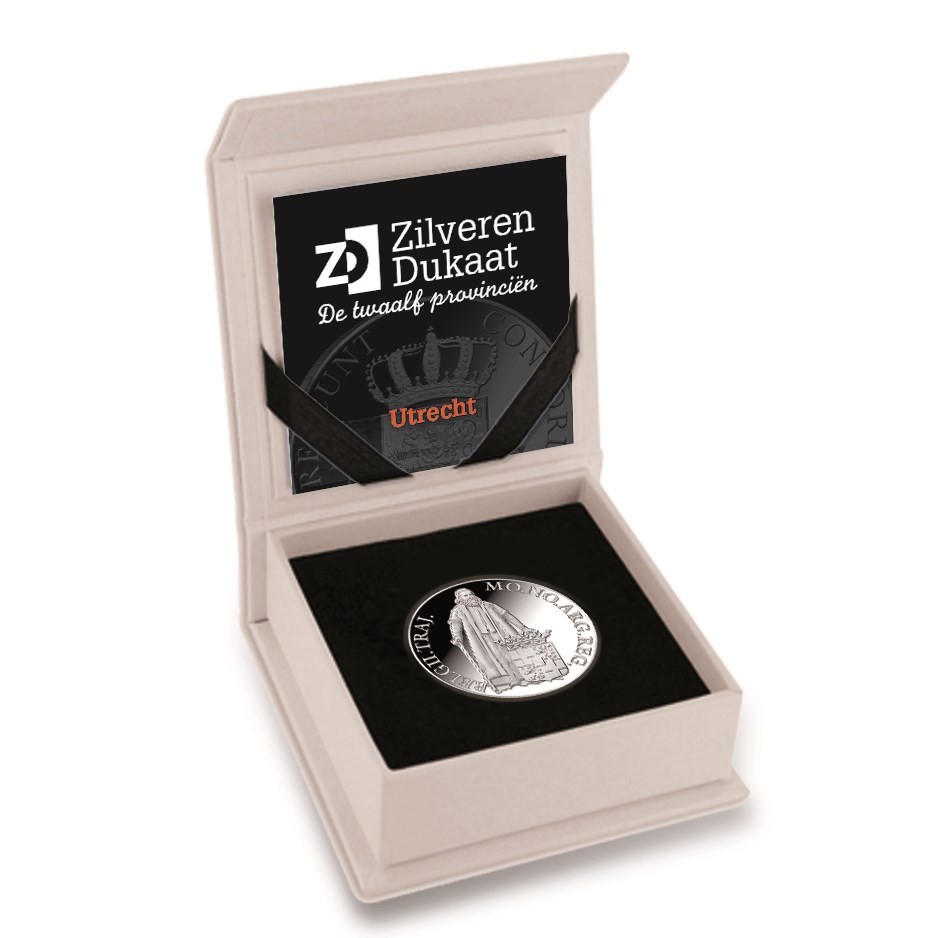 The Dutch silver ducat continues to have the status of a legal tender coin and has been in continuous production since the years of the Dutch Republic (1581–1795). The new examples continue to be struck in the standard .873 silver fineness commonly used for this type of trade coin. The overall style of design of this popular series will change after all 12 Dutch provinces have been represented. This will be the last silver ducat minted with the present privy mark, a sailboat with a star, as a new mintmaster has been appointed.

For additional information on this and other coins offered by the Royal Dutch Mint, please visit their website.