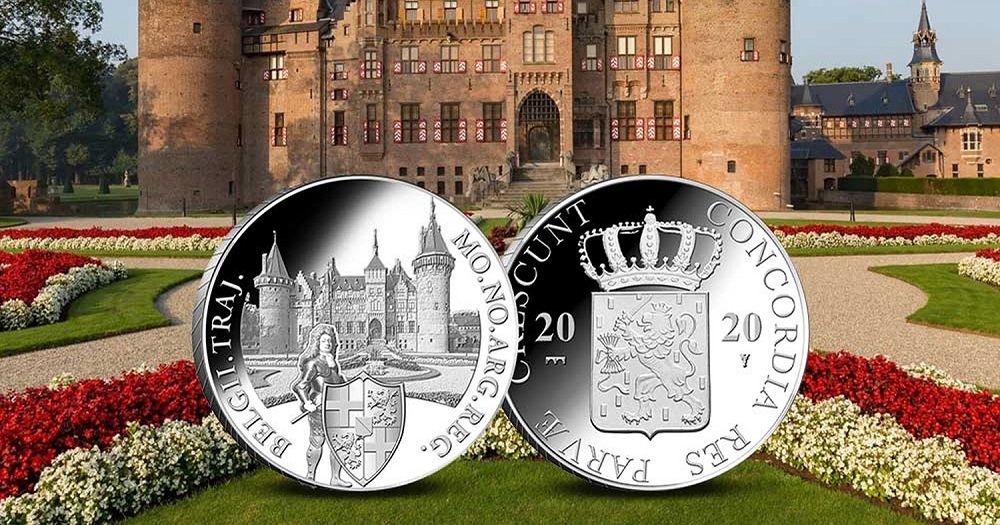 The Royal Dutch Mint has launched a new silver Proof ducat series that combines the traditional depiction of the anonymous knight and also features additional representations of the Dutch province by including images of famous Dutch historic castles located in various towns and villages.

Each series of ducat coins represents the 12 provinces comprising the Kingdom of the Netherlands, which include the Republic of the Seven United Provinces: Holland, Zeeland, Gelderland, Utrecht, Friesland, Overijssel, and Groningen. In 1796, Drenthe and Noord Brabant became the eighth and ninth provinces of the Netherlands. In 1840, Holland, the largest and most populous province, was divided into two separate provinces known as North Holland and South Holland, for a total of 11. The most recent addition was Flevoland in January 1986, which was created almost entirely of reclaimed land and became the Kingdom’s 12th province. Each series of silver Proof-quality ducats represents all Dutch provinces, and when complete, a new series is introduced.

The first coin in the new series represents the province of Utrecht, which is also the home of the Royal Dutch Mint.

Armoured knight: The chosen anonymous armoured knight to be featured is Field Marshal Godard van Reede, 1st Earl of Athlone, Baron van Reede, Lord of Ginkel (1644–1703), a Dutch general who earned recognition and distinction in the service of England. Lord Ginkel was born in Amerongen, a village in the Utrecht province and into a noble family. He entered the Dutch cavalry in his youth as an officer, receiving his first commission at the age of 12. He would go on to accompany William, Prince of Orange, in his expedition to England in 1688 and as part of the “Glorious Revolution” which deposed his father-in-Law James II. The following year, Lord Ginkell distinguished himself by a memorable exploit which was the pursuit, defeat, and capture of a Scottish regiment that had mutinied in support for King James II at Ipswich. For his service to the Crown and King William III of Orange, Ginkell was created the 1st Earl of Athlone and baron of Aughrim in 1692. The newly created Earl of Athlone continued to serve in the English Army, serving under General John Churchill, 1st Duke of Marlborough (1650–1722), who became the Allied commander-in-chief in the Low Countries. Field Marshal Godard van Reede died in February 1703 in the province of his birth and was succeeded by his eldest son, Frederick Christiaan van Reede (1668–1719), a distinguished soldier in the reigns of William III and Queen Anne, becoming the 2nd Earl Athlone.

Historic castle: Also represented for the first time are historic castles located in the featured province and are well-known as landmarks. The first to be highlighted is De Haar Castle in Haarzuilens, Utrecht.

The castle remained in the ownership of the De Haar family until 1440 when the castle was passed to the Van Zuylen family. In 1887, the heir to the castle-ruins, Etienne van Zuylen van Nijevelt, set about rebuilding the castle from the ground up. The immense project of restoration lasted 20 years from 1892 to 1912 and when completed resulted in 200 rooms and 30 bathrooms, of which only a small number on the ground floor have been opened to the public. In 2000, the family Van Zuylen van Nyevelt passed ownership of the castle and the 45 hectares of gardens to the foundation Kasteel de Haar. However, the family retains the right to spend one month per year in the castle, which is the largest in the Netherlands. 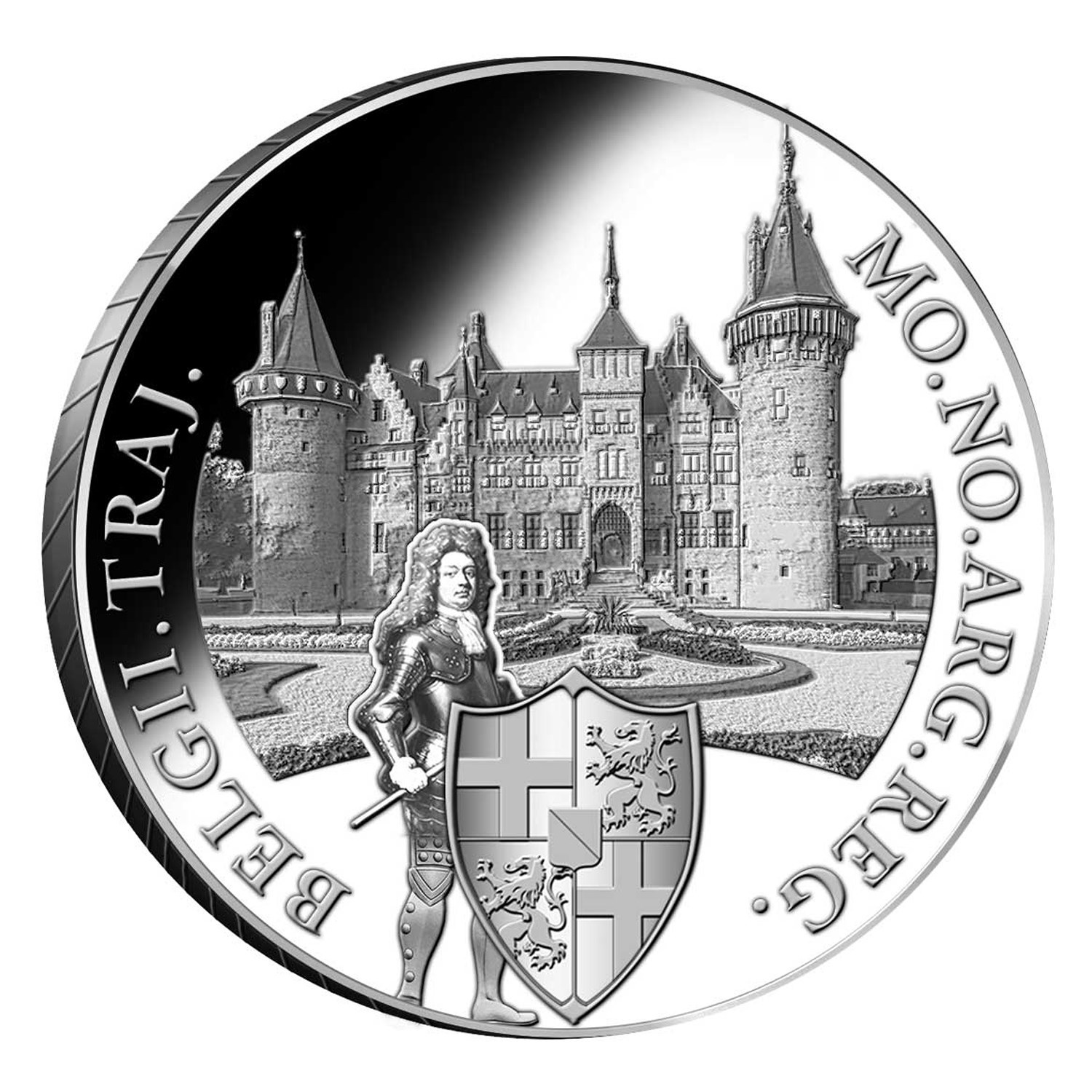 The obverse design shows an armoured knight, Godard van Reede, with a shield placed in front of his left leg. On the shield, you can see the historical crest of the province along with the inscription MO.NO.ARG.REG.BELGII. TRAJ., which is the Latin abbreviation for Moneta Nova Argenta Regni (“New Silver coin of the Kingdom”), BELGII, and TRAJ. 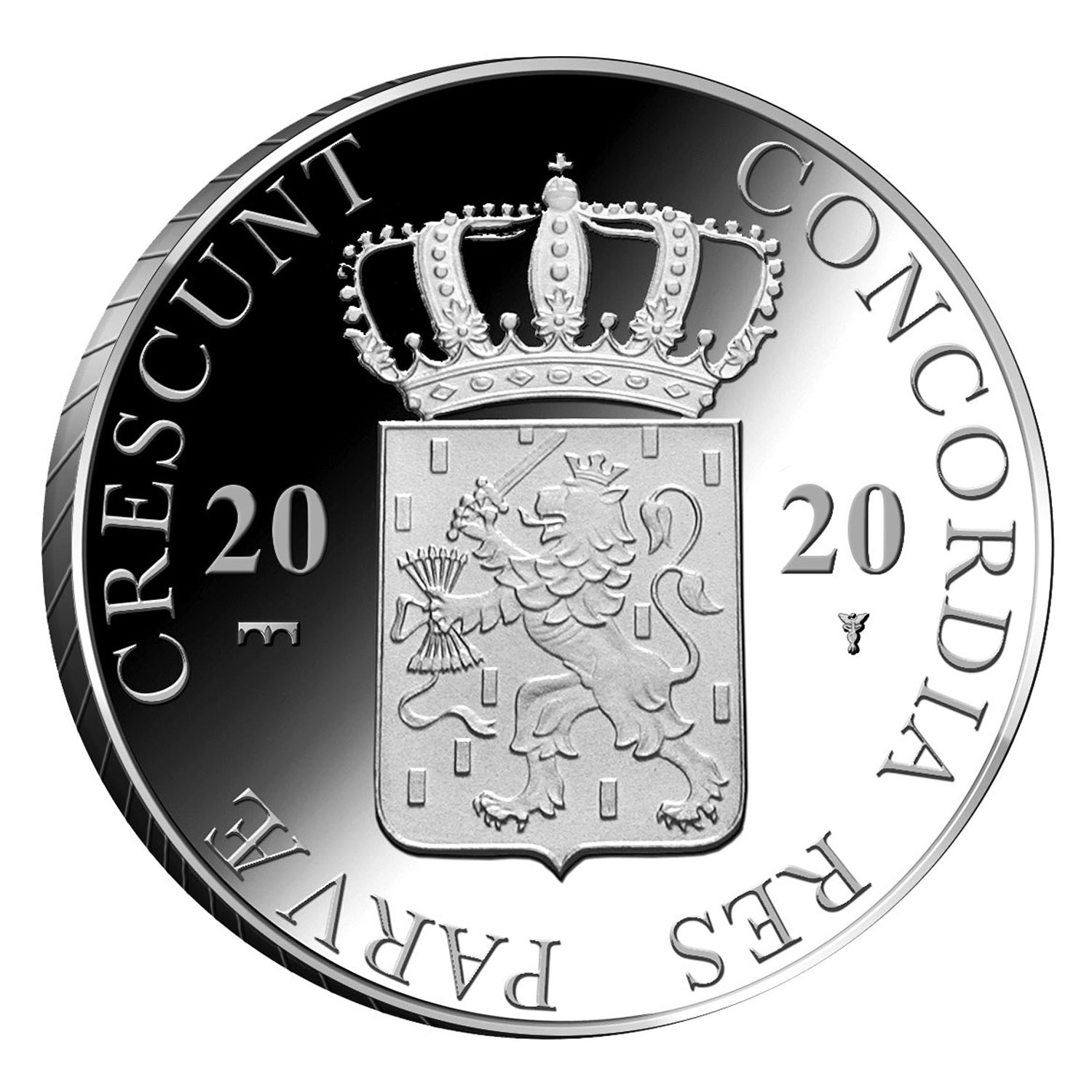 On the reverse is the national coat of arms of the Netherlands with the royal crown between the numbers of the year of issue and the inscription CONCORDIA RES PARVAE CRESCUNT, (“Unity makes Strength”), the mint mark, and the privy mark.

The ducat trade coins remain part of the Dutch Mint Act for over 350 years, which means they are still considered valid Dutch coinage. 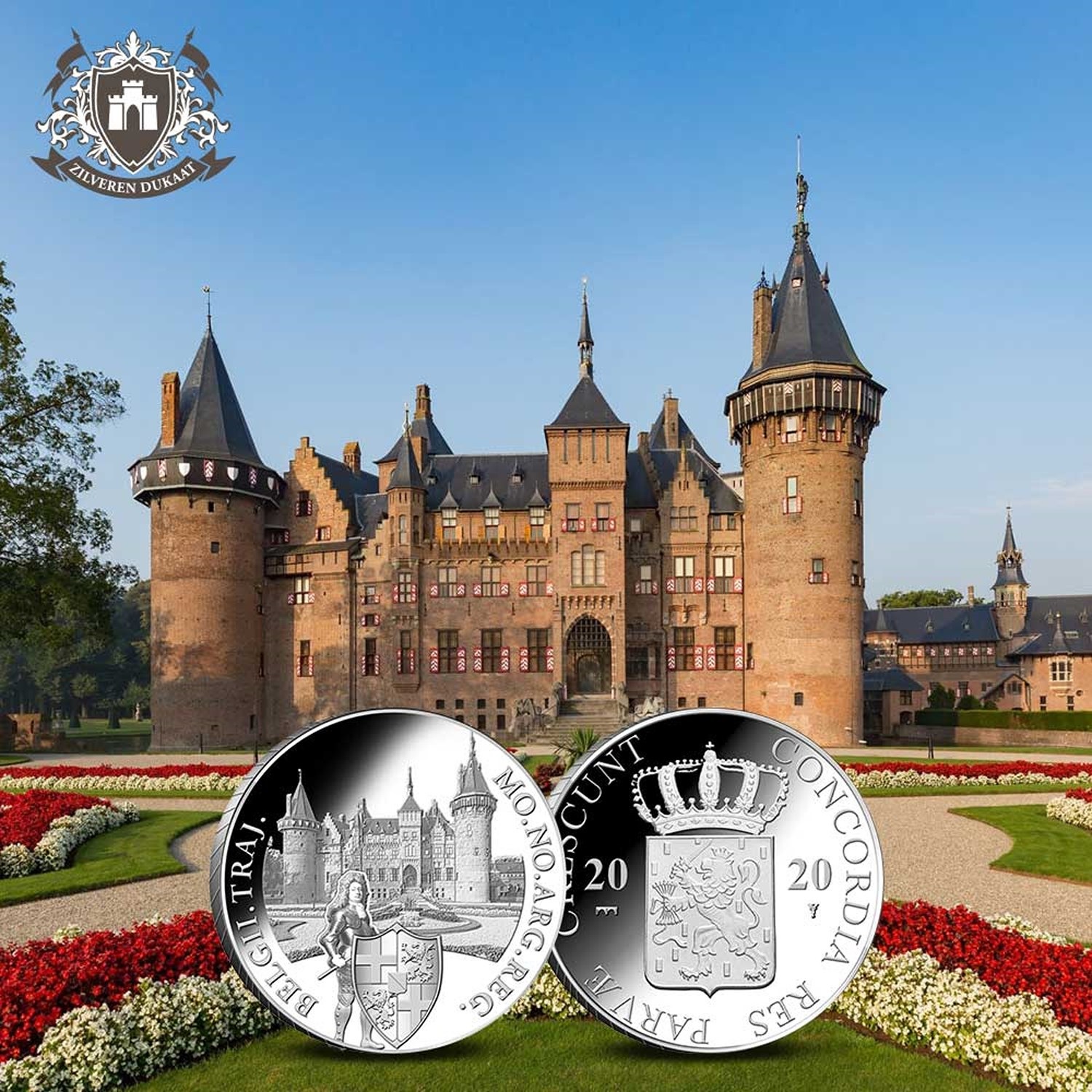 The coin is presented in a new packaging design which coordinates the castle theme and highlights the province featured. For additional information about this coin and others offered by the Royal Dutch Mint, please visit their website.