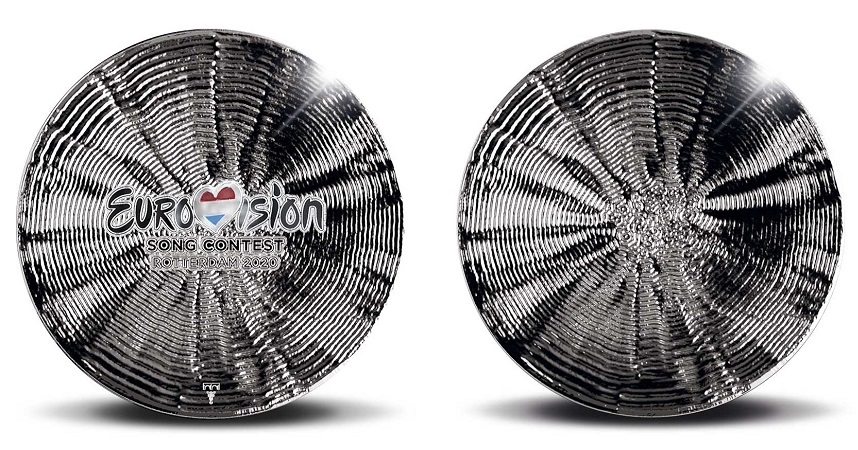 The Royal Dutch Mint has produced new gold and silver collector’s medals in celebration of one of Europe’s best-known talent contests: The indomitable Eurovision Song Contest. Organised in the wake of the years following the Second World War, Eurovision was first broadcast in 1956 in the wake of a very divided European continent but sought to bring together Europeans in a way which transcended politics and looked to unite peoples through song. The first contest included contestants from seven countries who were then and are still members of the European Broadcasting Union.

To date, 52 countries have participated at least once, and two countries not geographically part of Europe, notably Israel and Australia, have also participated. The winner of that particular year’s entries will then go on to host the next year’s contest. In the case of the Netherlands, this was achieved last year when their contestant Duncan Laurence won with his performance of the song “Arcade.” The Dutch branch of the EBU announced the contest would be hosted in the city of Rotterdam from the 12th to the 14th May with the final line-up of contestants to be broadcast on the 16th May. In 2020, a total of 41 countries will participate in the contest.

In celebration of Eurovision, which is the fifth time the Netherlands have won Eurovision (and hosted), a commemorative collector’s medal has been produced. The concept of the design is as unusual and unique as has ever been produced by the Royal Dutch Mint. Using the theme of water, which is a prevalent element in the lives of most people in the Netherlands, the design depicted on the medals was obtained using an inventive process. Dutch music producer Eric van Tijn created an unintelligible mix of all 67 winning Eurovision tracks. This mix was played on a sound installation, designed by Juan Sanchez-Castano who captured the vibrating waves in the water and onto the medal, creating both an artistic and relevant motif befitting a country known for harnessing the path and power of water. 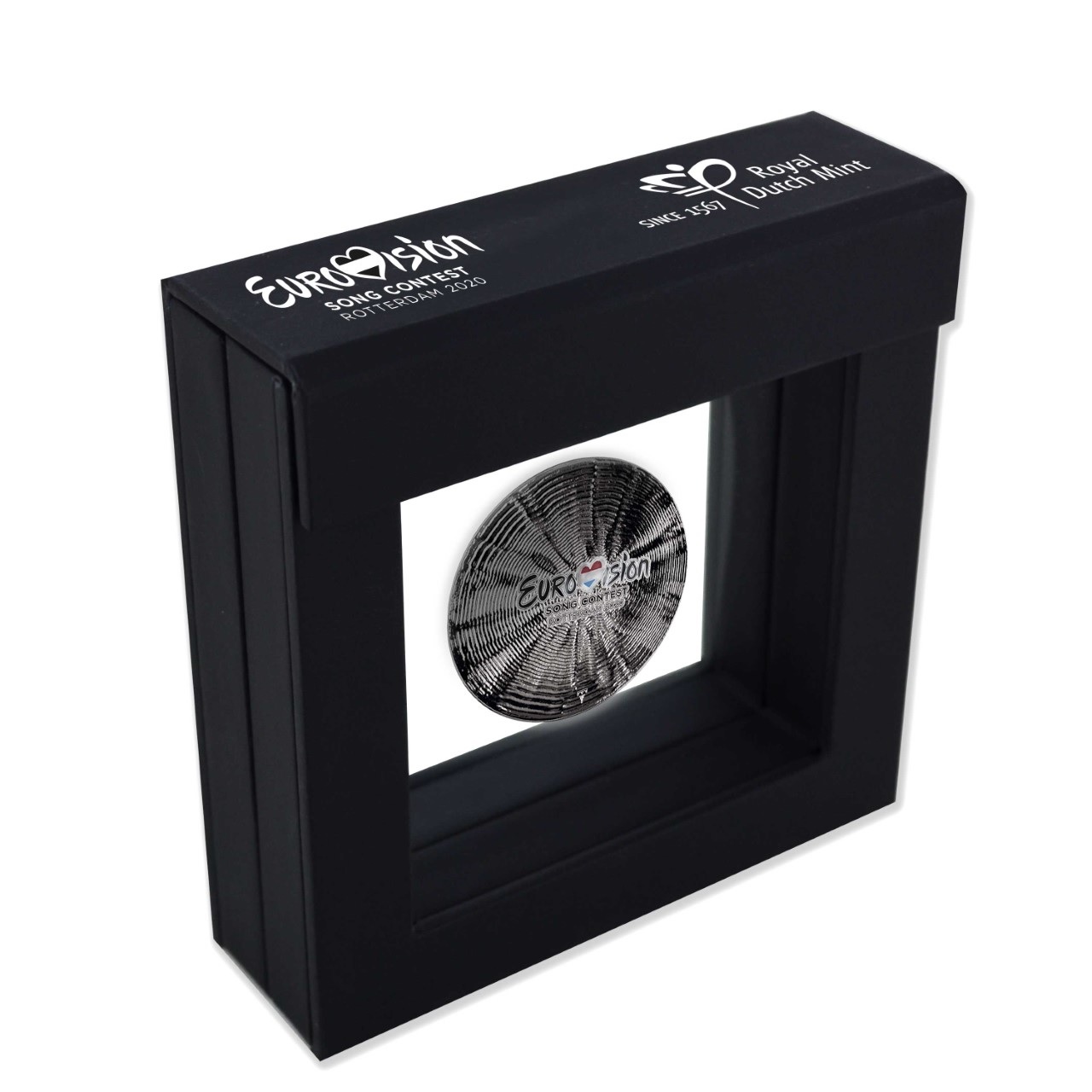 The silver versions also include a colour logo of Eurovision hand-applied on the obverse. 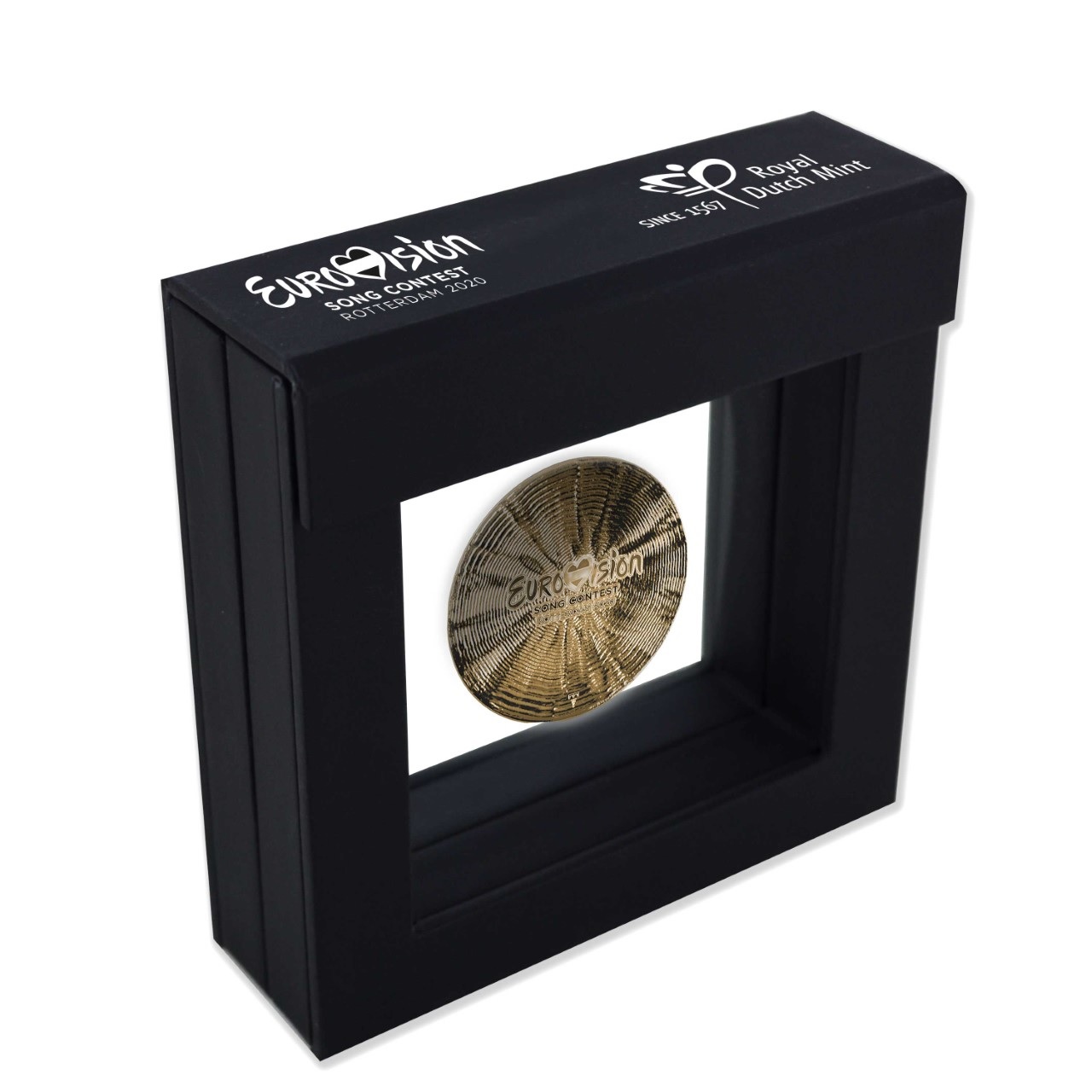 Both versions are presented in a frame-like format combining a clear surface allowing for the easy display and viewing of obverse and reverse. Orders are currently being taken now for delivery in May. For additional information about these medals and other products available from the Royal Dutch Mint, please visit their website.