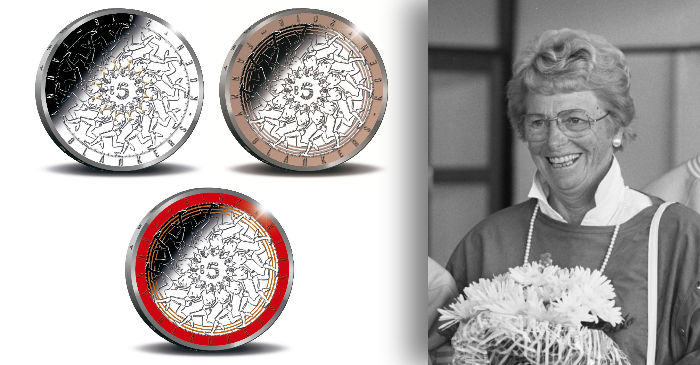 The Royal Dutch Mint has launched (25th April) new collector coins which are the second commemoratives issued in the series of Dutch sporting icons. The first coin highlighted the football career of Johan Cruijff issued last year. The new coins pay tribute to one of the country’s most celebrated Olympic athletes who made her mark during the 1948 Summer Games in London. Franica, more commonly known as “Fanny” Blankers-Koen (1918–2004), made her Olympic debut for the Netherlands as a high jumper in 1936. Although World War II deprived her of her ability to compete at the 1940 and 1944 Games, since they had to be canceled just when she was at her peak, Blankers-Koen still became the star of the 1948 London Games, aged 30 and as the mother of two young children. She became an international sensation when she achieved a win of four gold medals in track and field. Blankers-Koen was simply untouchable at the London Games when she won the 100-meter, 200-meter, 80-m hurdles, and relay. Astonishingly, Blankers-Koen could have won more medals during the competition had it not been for a rule limiting women to three individual events in track and field. At the time, she held world records in the high jump and long jump and would set 16 world records in eight different events: 100 yards, 100-meter, 200-meter, high hurdles, high jump, long jump, pentathlon, and the 4 x 110-yard relay. Blankers-Koen also won five European titles between 1946 and 1950 and 58 national championships in the Netherlands.

In total, Blankers-Koen competed in the sprint, hurdles, high jump, long jump, shot-put, and pentathlon. Following her long and active career, she served as the Dutch Olympic team leader in 1960, 1964, and 1968. She died in Hoofddorp on the 25th January 2004, at the age of 85. Before her death, she was named the best female athlete of the 20th century by the International Association of Athletics Federations (IAAF) in 1999. 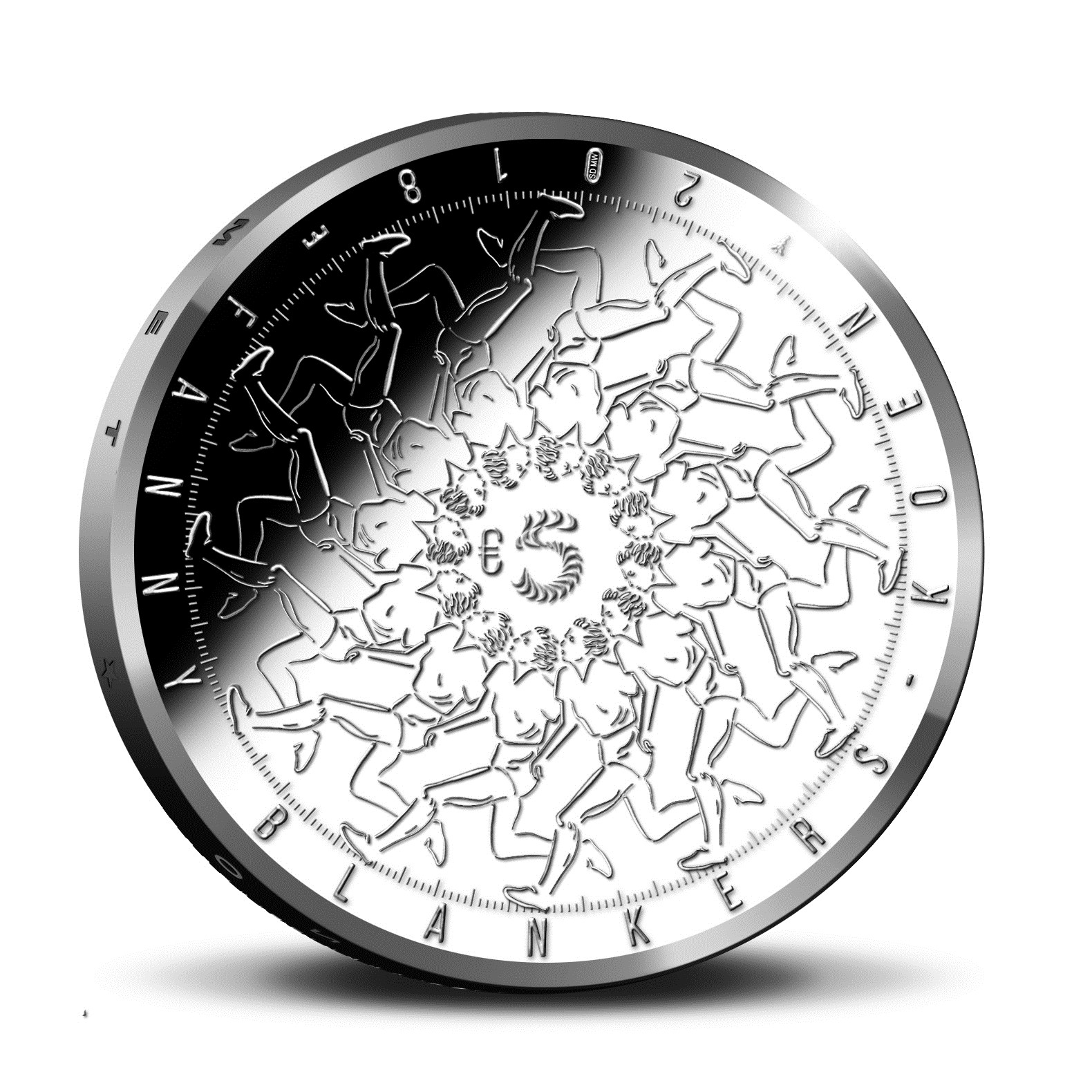 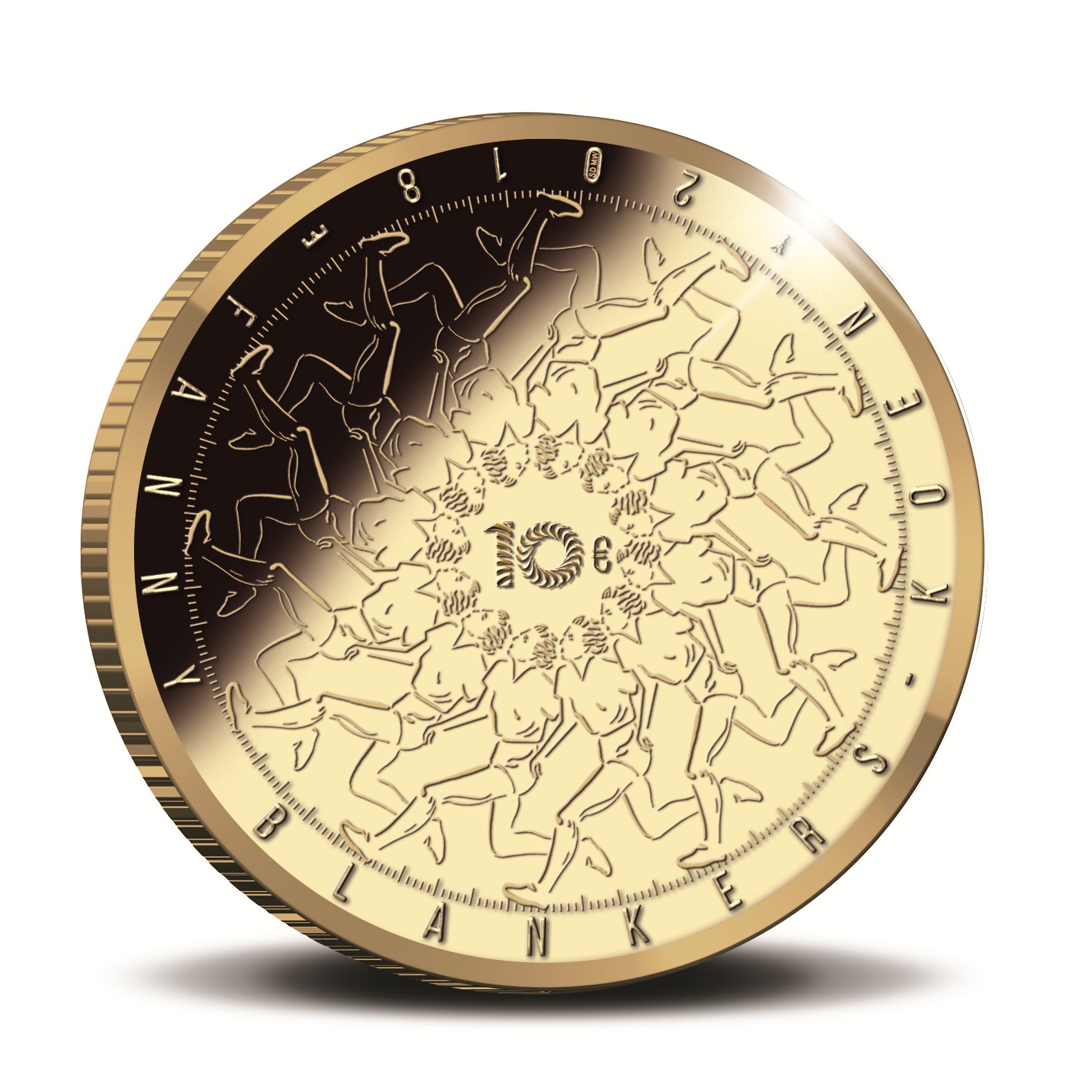 The coins are produced in both gold (€10), silver (€5), and, for the first time, rose gold colour sterling silver coins which will be issued in the Netherlands. The designs on the reverse and obverse sides are created by visual artists Suzan Drummen and Monique Wijbrands. Their designs emphasize speed and dynamism which pays homage to Fanny Blankers-Koen’s momentum and power. She is represented in the design as multiple linear images that encircle the round shape of the coin and bound across the coin’s reverse. This repetition lends to the quality of a celebratory flower or medal. The thin lines convey some of Blankers-Koen’s signature features, namely her long stride, loose arms, and muscular body. Her very fast times are reflected in a circle of second indicators. The inscription FANNY BLANKERS KOEN 2018 is positioned along the frame and rim which surrounds the primary design. The coin’s denomination of 10 or 5 euro is centered. 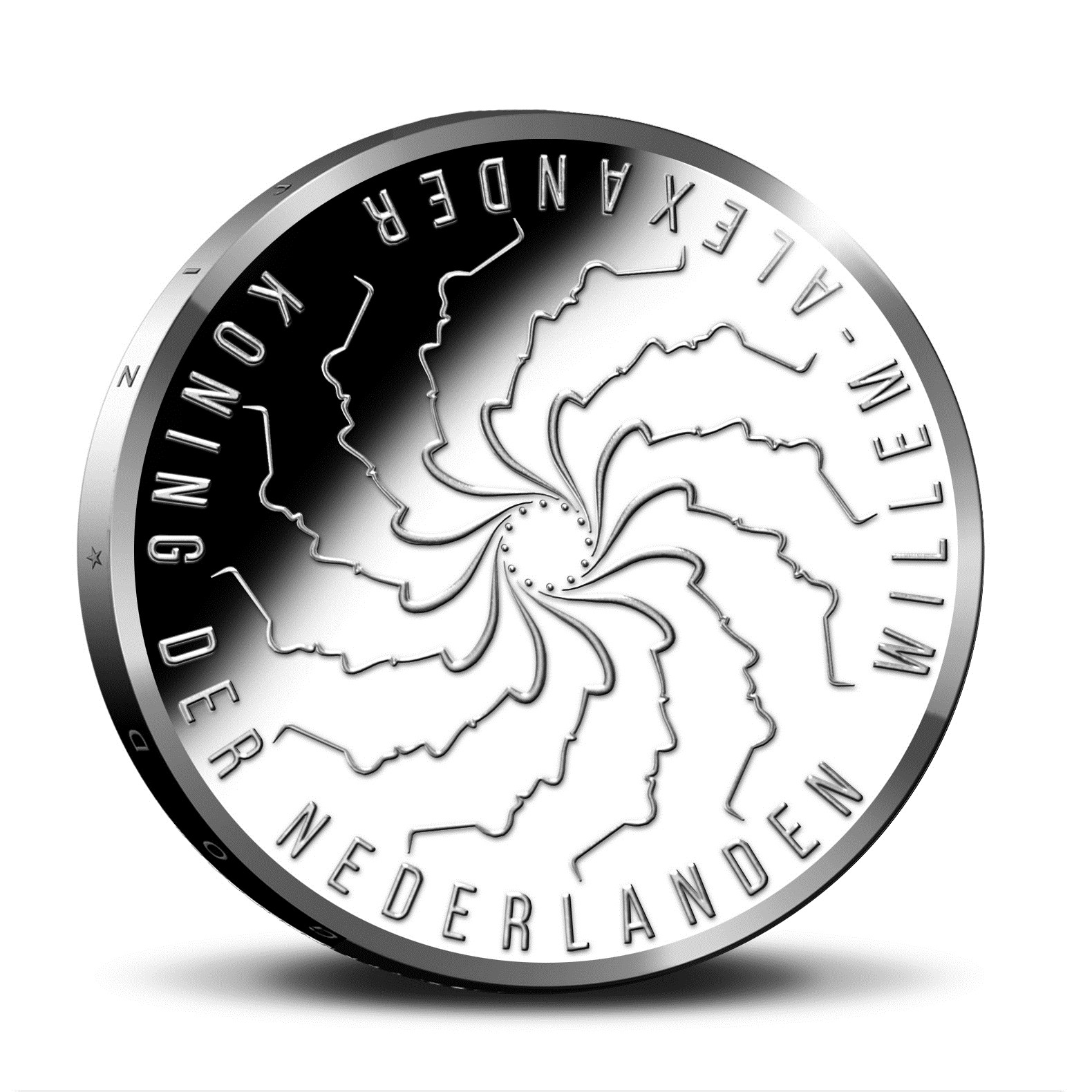 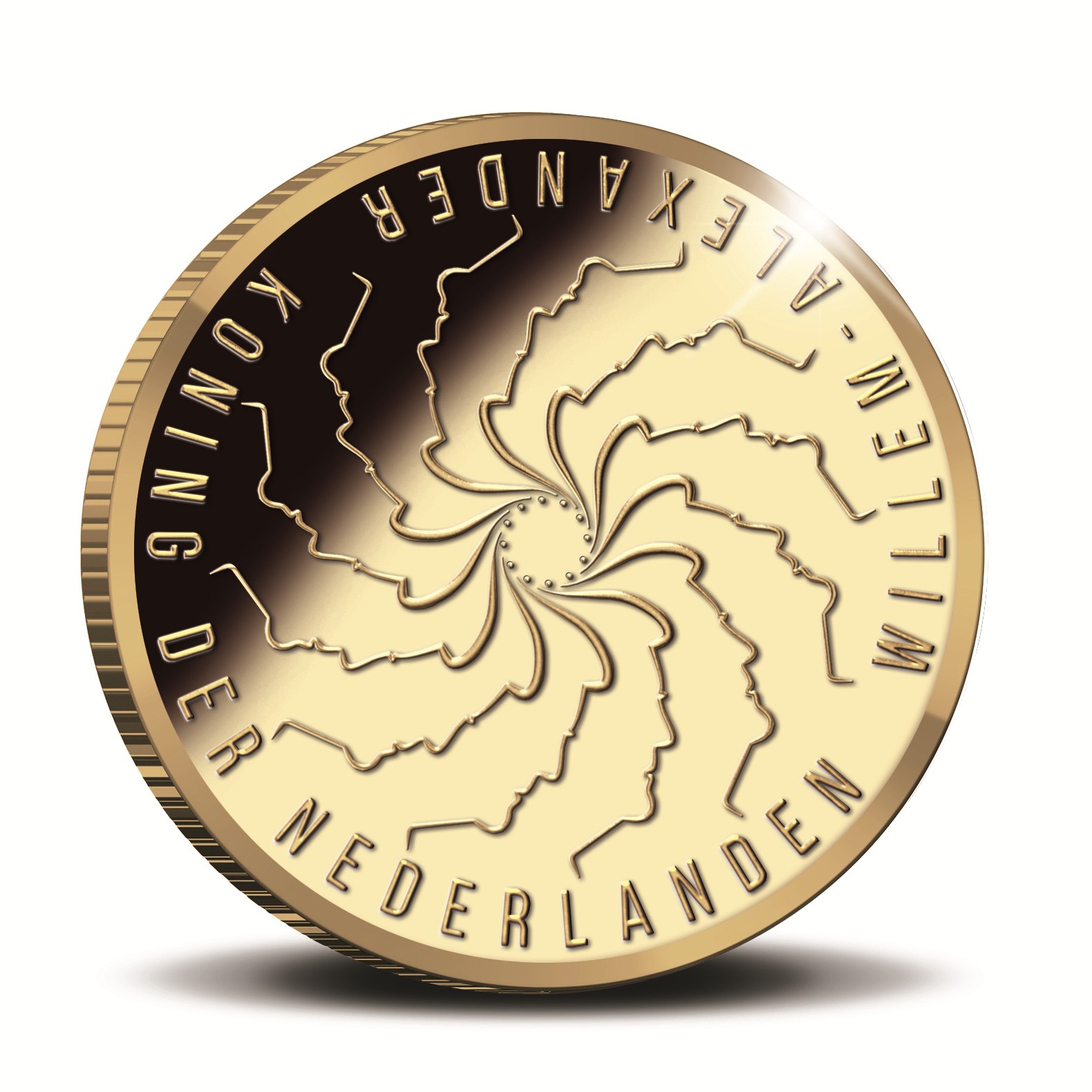 The obverse also includes the effigy of HM King Willem-Alexander, which is represented in a rotating linear silhouette also emphasizing movement and speed in a similar design as seen on the reverse. The legend WILEM ALEXANDER KONING DER NEDERLANDEN is placed around the primary design. 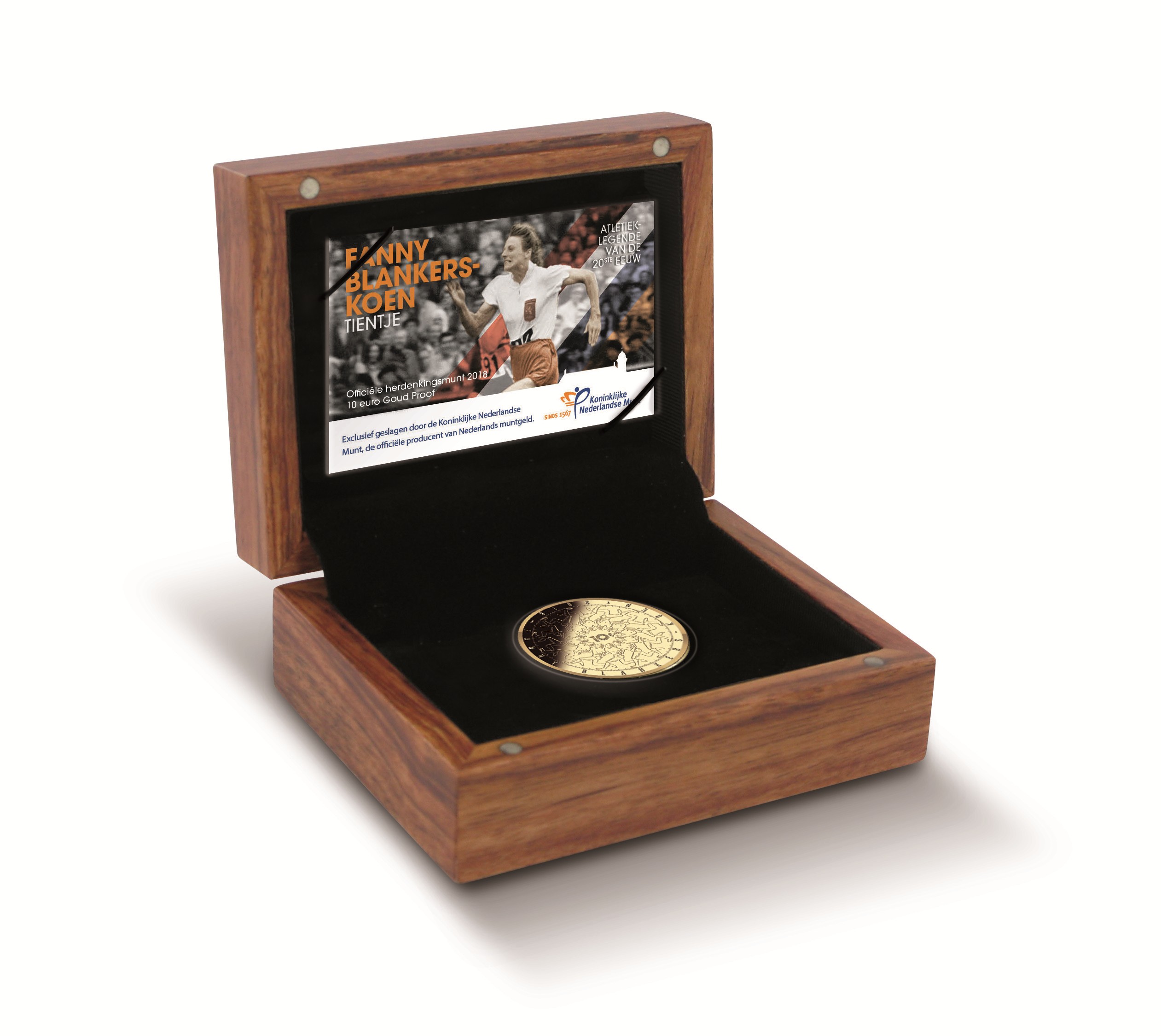 The €10 gold Proof quality coin is encapsulated and presented in a custom wood branded Royal Dutch Mint case along with a certificate of authenticity. The silver Proof coin is presented in a colourful folder and includes several images of Fanny Blankers-Koen, as well as information about her triumphs and competitions. The Brilliant Uncirculated €5 coin is sealed in a coin-card format. 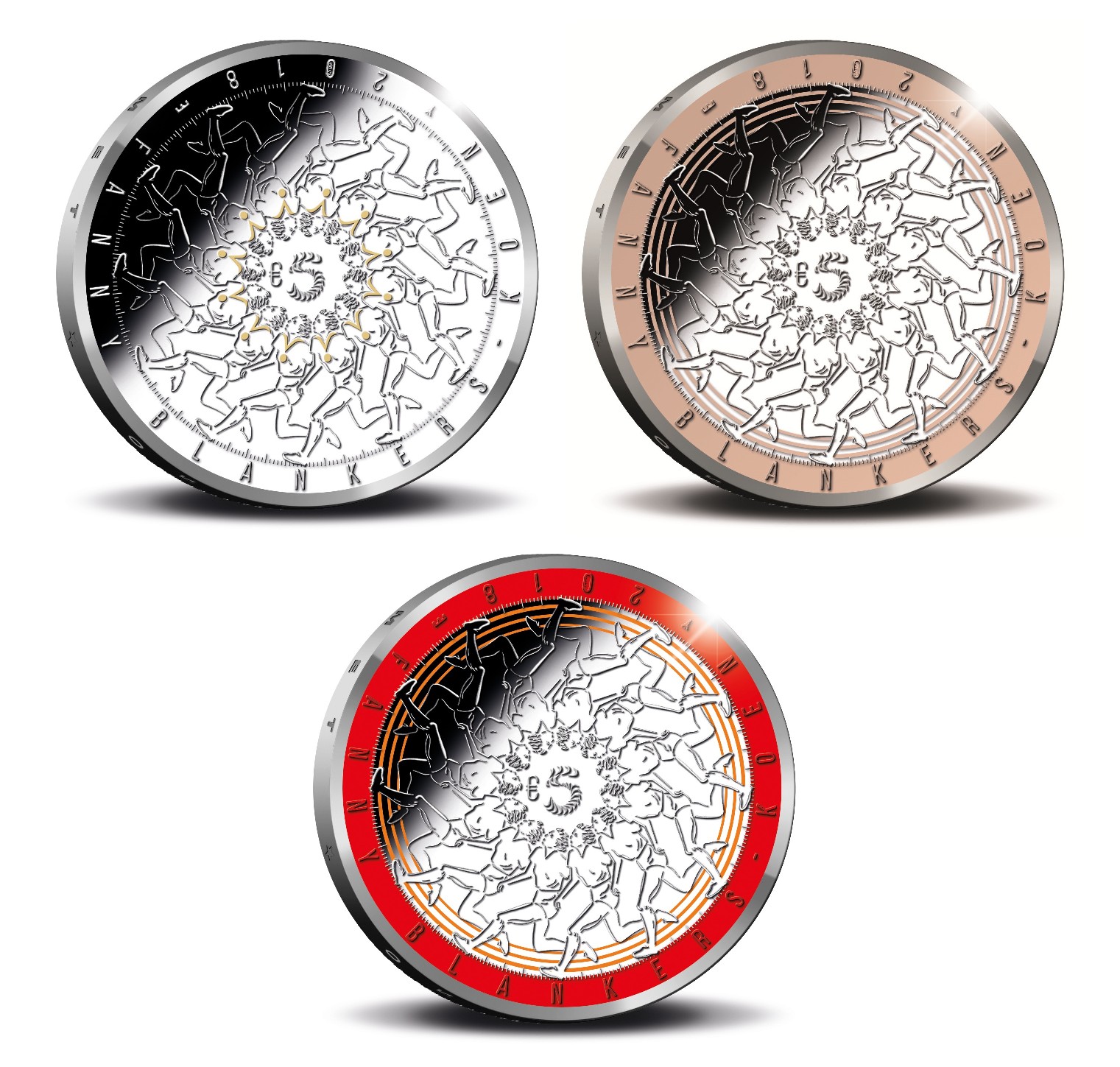 * A special silver colour set will be released with a mintage of just 500. The set contains three silver Proof coins in which a very special finish has been used, namely Rose-gold colour gilding. In addition to this coin, one of the coins has coloured rings, while another coin has a gold-plated medal around Fanny Blankers-Koen’s neck.

Pre-issue orders are being accepted for delivery of the gold and silver Proof coins commencing on the 4th June 2018. The three-coin set will commence delivery in mid-June. For additional information on these and other coins available from the Royal Dutch Mint, please visit their website.