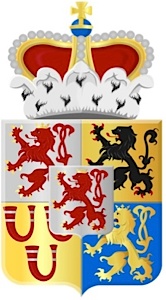 The Royal Dutch Mint has launched its second silver ducat in a series of new coins recreating the centuries-old silver ducat, with revised depictions that represent all of the Dutch provinces.

The new coin represents the province of Limburg, the southernmost part of the Dutch kingdom, known for having some of the country’s highest elevations above sea-level – something quite rare in this low-lying land in northern Europe. Limburg has had the status of a province since 1839, with the administrative capital being situated in Maastricht. Many ardent banknote collectors will be familiar with this part of the Netherlands, as it is also the home of “Papermoney Maastricht,” one of Europe’s biggest banknote fairs held in the town of Valkenburg, just ten minutes away from Maastricht by rail. 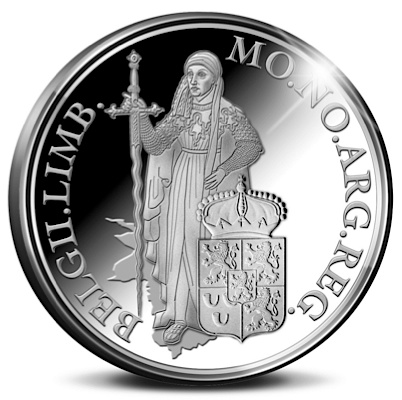 Limburg is also one of the county’s most important regions in terms of Dutch history and culture. In more recent times, Limburg’s capital was where the European Union’s most comprehensive treaty was signed in 1993, outlining closer political and economic cooperation between member states. The Maastricht treaty also ratified negotiations for what would become the EU’s 10 newest member states, mostly in Eastern Europe, essentially doubling the EU’s overall geographic area and marking the largest increase in its territory since 1995.

The majority of Limburgers speak Limburgish in everyday life, which is a distinct and regional language closely related to Dutch and German. Dutch is the official language, used for practically all forms of official (and most unofficial) written communication, and is also widely spoken by many. Visitors to Limburg will discover that many local residents are fluent in English and German as well. 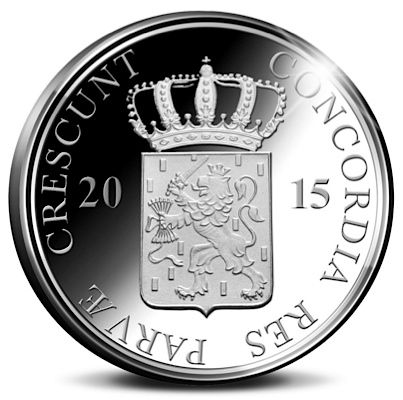 The second coin in the new series of “Silver Ducats -The Twelve Provinces” includes a depiction of John IV of Brabant (1403 – 1427), Duke of Brabant and Limburg, the second Brabantian ruler from the French House of Valois. He is portrayed in the armor of the Anonymous Knight with his hand on the Limburg crest. The reverse of the coin includes the current Dutch crest, crowned along with the year of issue, seen as two digits on either side of the shield. The text around the crest design reads CONDORDIA RES PARAVE CRESCUNT, or “in harmony small things grow.”

The Dutch silver ducat continues to have the status of a legal tender coin and has been in continuous production since the years of the Dutch Republic (1581 – 1795). The new examples continue to be struck in the standard .873 silver fineness commonly used for this type of trade coin. The overall style of design of this popular series will change after all the provinces are represented. For more information on this and other coins offered by the Royal Dutch Mint, please visit their Web site. Information is offered in Dutch; orders to all European destinations dispatched where applicable.