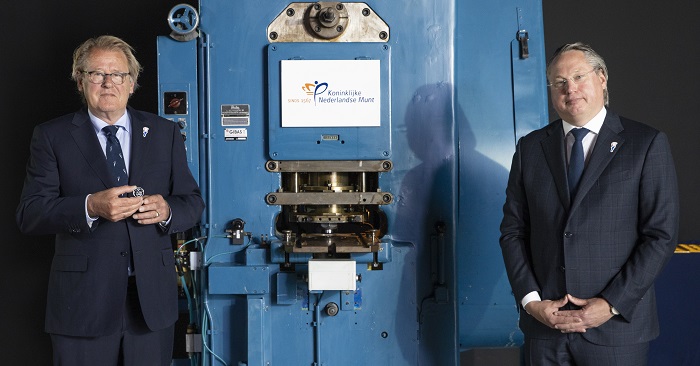 Yesterday, the Royal Dutch Mint conducted their first strike ceremony for the first time on live stream to initiate production of the 10-euro gold and five-euro silver commemorative coins marking the 75th anniversary of Liberation Day. The ceremony was broadcast by the Royal Dutch Mint and was hosted by Mintmaster Stephan Satijn at the Royal Dutch Mint’s new production facilities in Houten. Due to the current circumstances of restricted movement brought on by the pandemic of COVID-19, the ceremonial first strike previously scheduled could not be attended by the public. Nevertheless, the Royal Dutch Mint and the National Committee on 4th and 5th May decided to go ahead with this ceremony, which was part of the commemorations for the celebration of 75 years of freedom and broadcast on live stream. Chosen to perform the first strike was Mr. Jaap Smit, the vice-chairman of the National Committee on 4 and 5 May. 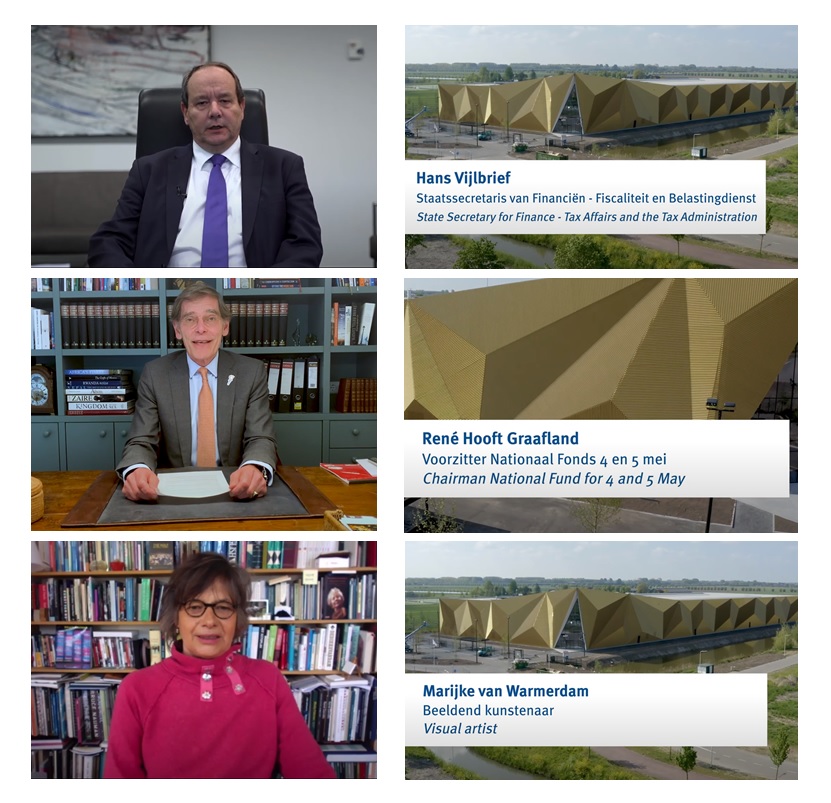 As part of the proceedings, pre-recorded videos were played just before the coins’ first strike, which included Hans Vijlbrief, the state secretary for Finance — Taxation and Tax Authorities, René Hooft Graafland, the chairman of the National Fund May 4 and 5, and the artist behind the coins’ design, Marijke van Warmerdam, who described the inspiration behind the unique concept seen on the obverse and reverse. 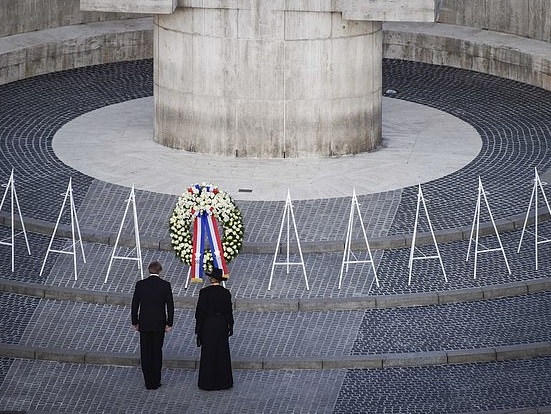 Yesterday, with the same restrictions of movement in place, Dutch King Willem Alexander and Queen Maxima took part in reduced ceremonies to mark the 4th and 5th May anniversary. The royal couple laid a wreath at the national monument memorial in Dam Square in Central Amsterdam, which, under ordinary circumstances, would have been enthusiastically attended with many members of the public.

A special coin press for the first strike was moved from the previous Utrecht location to this new location for the ceremony. After the first five-euro silver Proof coin commemorating the 75th anniversary of Liberation was struck, it was officially inspected by the mintmaster, who then placed it in a presentation case and presented by the mint to Mr. Smit, which concluded the ceremony.

Production of coinage will now be carried out in the new purpose-built site which was moved a few weeks ago from their historic location in Utrecht. The gold and silver commemorative Proof quality and Brilliant Uncirculated coins can be purchased by visiting the website of the Royal Dutch Mint.