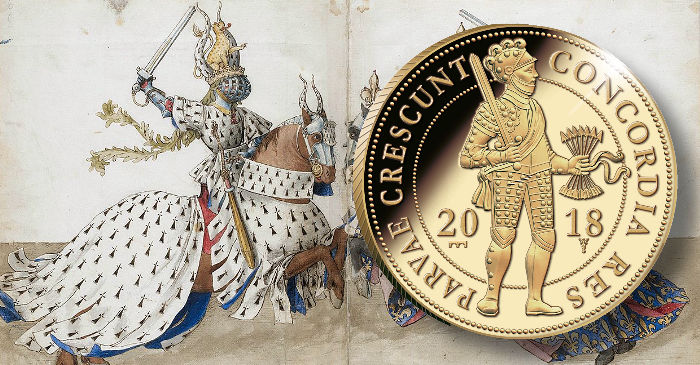 The Royal Dutch Mint has today launched new gold trade ducats, which, for the first time in 32 years, will include a re-designed obverse depicting the historic knight which has been a featured motif and unique identity of these gold trade coins since they were first minted in 1586.

As the new design is being launched, it is the first coin which introduces a new four-year project or series exploring the four points of a compass, the crucial instrument of travel and navigation which starts with direction facing north. The first journey takes us towards the Baltic region, where the grain trade, in particular, led to huge profits for Dutch traders. Over the next few years, the Royal Dutch Mint will also be exploring three other special trading routes, namely those leading east in 2019, south in 2020, and west in 2021 — with each coin denoting the specific direction in the design itself.

For the first time in 32 years, the obverse of both the single and double gold ducats is gaining a new look. The modeller of the Royal Dutch Mint has re-created the design of a historic knight based on a concept by the engraver Johan Willem Marmé, who, from 1763 to 1795, was the die cutter for the provincial and municipal Mint of Utrecht. His original design is characterised by accurately positioned, detailed buttons on the knight’s tunic, and in all likelihood, this was a very effective method of establishing the authenticity of the ducats. This accuracy in the design later turned out to be quite important since this increased the integrity and precise standards of Dutch coinage, in terms of weight and fineness of precious metal, which was unparalleled in their day. As the Netherlands positioned itself as an important trade hub with its vast exploration and settlement of colonies abroad, the gold ducats would become a significant method of international commerce. 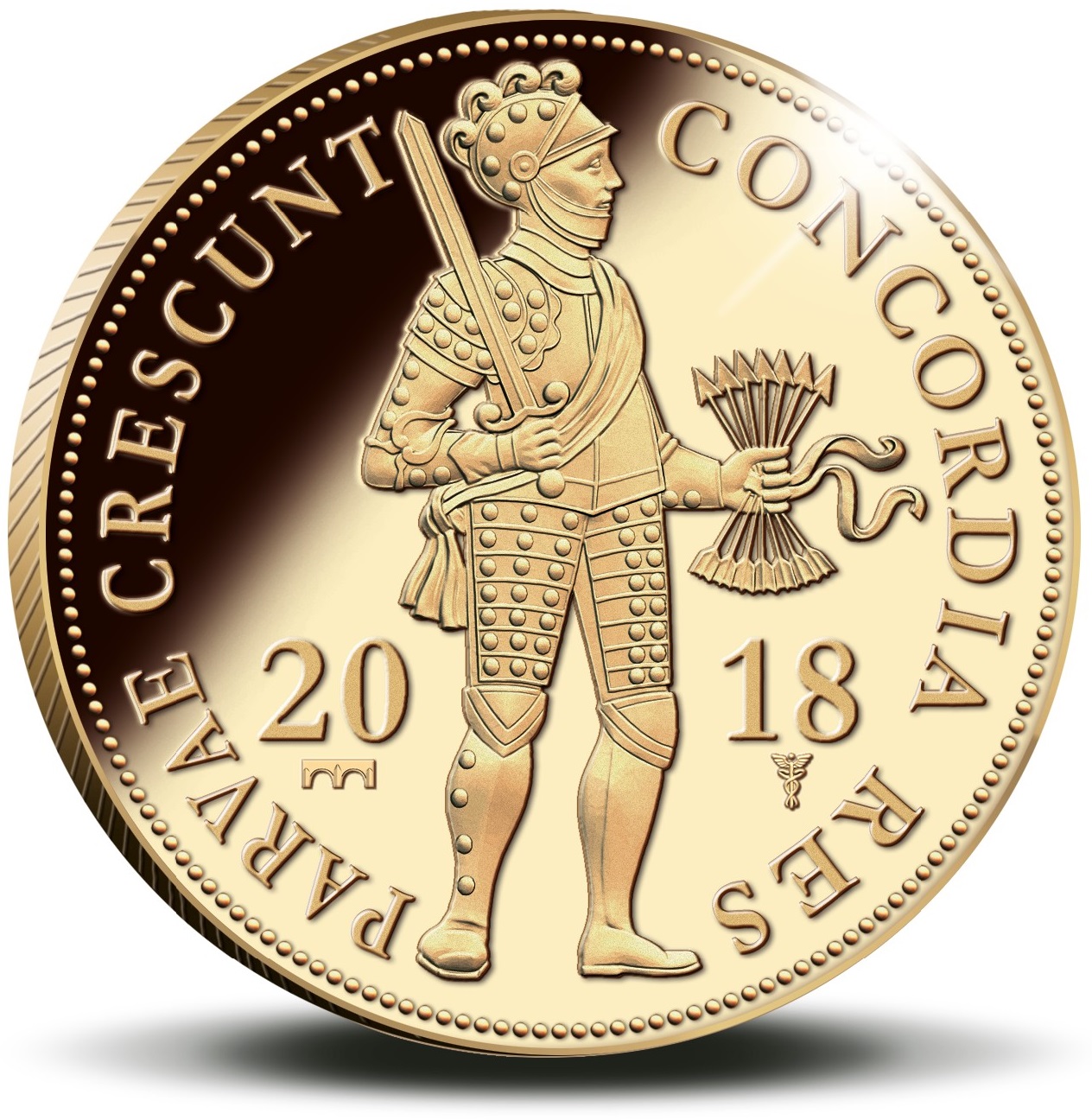 The same elements of the previous design of the standing knight remain in place: The seven arrows and sword resting on the knight’s shoulder along with the legend. The change is seen in the addition of buttons of his uniform, which are depicted on his tunic and armoured trousers. The knight’s helmet is also noticeably changed from the previous depiction. The year of issue is included in the design on the obverse and is seen in two numeric digits on either side of the knight. 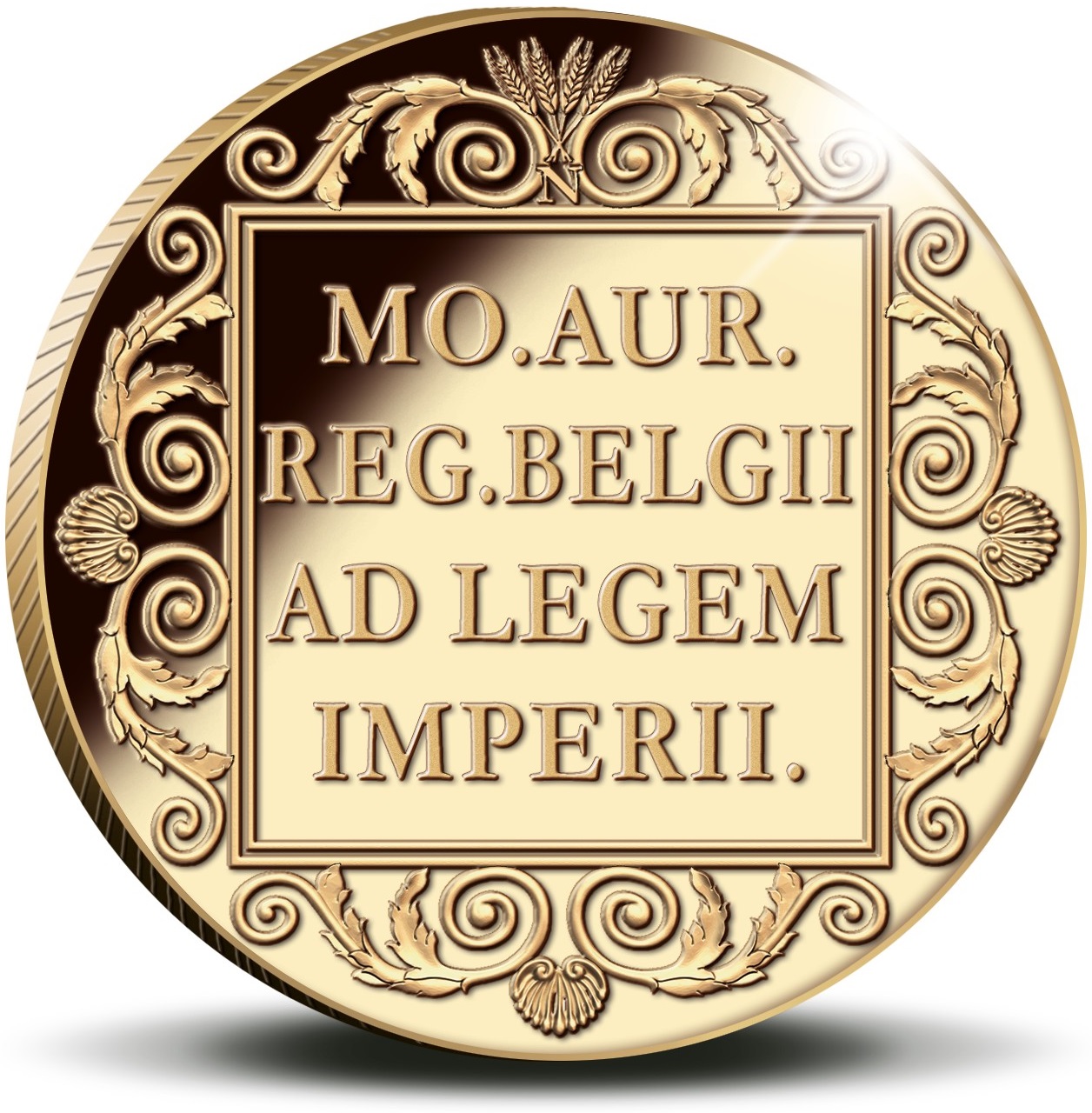 As an addition to the reverse design, the inclusion of the letter “N” has been added to the frame at the top to denote the coin representing the direction within the new four-coin series with the other three following into 2021.

The coins are encapsulated and presented in custom crafted cases and are also accompanied by certificates of authenticity. The Royal Dutch Mint is now accepting pre-issue orders starting today for both the single and double gold ducats with delivery commencing from mid-July. For additional information on these and other ducat coins available from the Royal Dutch Mint, please visit their website. 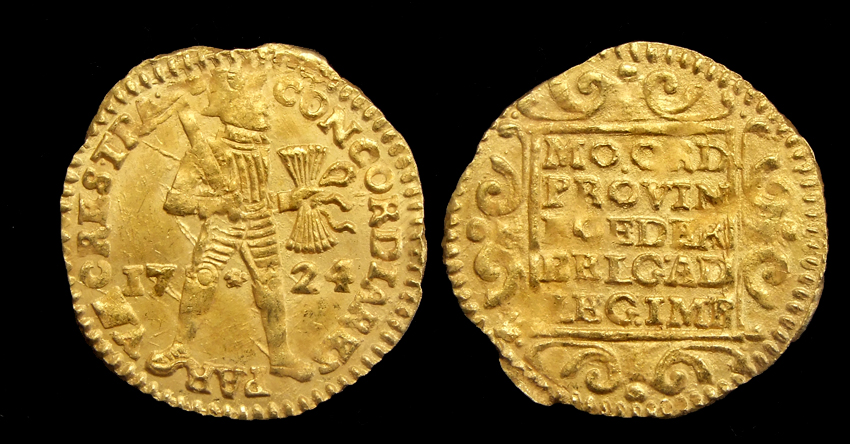 As the first gold ducats that were initially minted in the Netherlands were not those of the Dutch type we are familiar with, a version of what would emerge as a worldwide trade coin preceded that coin by just three years. The coin, which had its origins in Hungary, was produced in 1583. Although only a few pieces were minted at the mint in Dordrecht, this would be the start of a standardisation of a coin which has carried on for more than four centuries. The 1583-dated Hungarian ducats, as they were referred to, depicted a standing figure on the obverse with a crown and battle axe, and included a legend around the design which read: VIGILATE DEO CONFIDENTES (God vigilantly watches over). The reverse depicted a shield, which included the coat of arms of the issuing province, along with the legend: MO NO AVR COMIT HOLl ZEEL or, MOneta NOva AVRea COMITate HOLlandiæ and ZEELandiæ (New Gold Coin of the County of Holland and Zeeland).

These coins, with an intrinsic value of 5.75 guilders, would transition over to the more familiar and enduring design of a standing knight with seven arrows in his left hand — signifying the original seven provinces of the United Netherlands — and a sword in his right hand which rested upon his shoulder. The enlightened legend which promoted economic growth read: CONCORDIA RES PARVÆ CRESCUNT (In Harmony Small Things Grow). Also included in the design was the name of the province or symbol denoting the issuer. The reverse included an ornately framed square which was inscribed with the abbreviation: MO ORDI PROVIN FOEDER BELG AD LEG IMP, or, MOneta ORDInum PROVINciarum FOEDERatorum BELGicarum AD LEGem IMPerii (Gold coin of the federated provinces of Belgium in accordance with the law of the realm). The coin was never made legal tender in the United Provinces and at times there was legislature preventing the coin from circulating, as their primary function was to essentially be circulated in trade, eventually being re-patriated and deposited into Dutch banks which was then exchanged for legal tender.

As trade increased, so did the use of this convenient and sought after coin, since the need for greater amounts of money was emerging and the use of heavy silver coins became impractical. In the entirety of the long history of the Dutch gold ducat, only during the occupation by Imperial France of the Netherlands was the coin not produced or distributed. The coin maintained its importance as a means of trade and transferring capital for most of the long reign of Queen Wilhelmina (1890–1948) to the banks in the East Indies, as the vast majority of the Ducats minted during this timeframe was used for this purpose. Today, the coin is still eagerly sought after as a means of purchasing gold in the form of bullion, and many of the coins are available as collector’s pieces since they are produced in Proof quality.