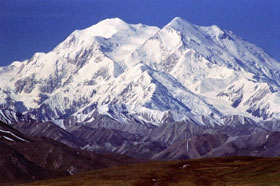 A bill was recently introduced in the House of Representatives which seeks to require the Secretary of the Treasury to mint and issue coins to mark the 100th anniversary of the establishment of the National Park Service. The program would include $5 gold coins, silver dollars, and clad half dollars to be issued in 2016.

The bill H.R. 5840: National Park Service 100th Anniversary Commemorative Coin Act was introduced by Rep. John Duncan of Tennessee on May 18, 2012. The bill currently has one cosponsor and has been referred to committee. Late last year, the Citizens Coinage Advisory Committee had discussed the anniversary of the National Park Service as a potential future commemorative coin program. 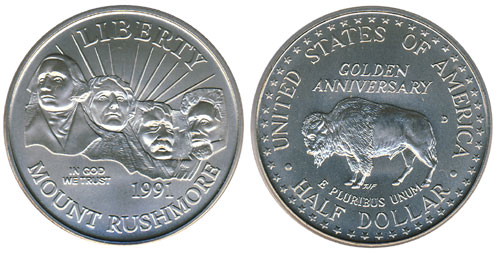 There have been previous commemorative coin programs which have focused on specific national parks or monuments. This has included Mount Rushmore National Monument for its Golden Anniversary in 1991 and Yellowstone National Park for the 175th anniversary in 1999. The America the Beautiful Quarters Program is currently highlighting a different national park or site from each state, territory, and the District of Columbia within a multi year series scheduled to continue until 2021.

If the recently introduced bill becomes law, it would authorize up to 100,000 $5 gold coins, 500,000 silver dollars, and 750,000 clad composition half dollars to be produced and issued. These coins would feature designs emblematic of the 100th anniversary of the National Park Service. The designs would be selected by the Secretary of the Treasury, following consultation with the National Park Service, National Park Foundation, Commission of Fine Arts, and review by the Citizens Coinage Advisory Committee. The coins would be minted in proof and uncirculated qualities and may be issued from January 1, 2016 to December 31, 2016.

Surcharges of $35 per gold coin, $10 per silver dollar, and $5 per half dollar would be added to the cost of each coin. These surcharges would be distributed to the Secretary of the National Park Foundation for projects and programs that help preserve and protect resources under stewardship and promote public enjoyment and appreciation of those resources.

In order to become law, the bill must be passed by both the House of Representatives and Senate, and then signed into law by the President.