The Mint of Finland have announced that a new nine coin series issued over a two year period is to be launched. Approved by the Ministry of Finance, issuers of Finnish coinage, the Mint of Finland will produce and release the first sports coin on the 6th of July. The coins are to carry a denomination of five Euro and be produced in a bi-metallic format.

It is said the Finnish people love sports, and sport has played a major role in building Finnish national consciousness and cohesion – and still does. Finns have common experiences of this from the nation’s early history and recent times alike, at times of success and defeat. In Finland, gymnastics is practiced at both recreational and competitive levels. Finland has achieved a total of 25 Olympic medals in the sport having been awarded 8 gold, 5 silver and 12 bronze. The last medal was the silver won by Olli Laiho in 1968. The most recent international medals won by Finnish gymnasts are the horizontal bar world championship of Jani Tanskanen from 1997, the horizontal bar silver medal of Jari Mönkkönen from the European Championships of 1998 and Tomi Tuuha’s European championship in vault in 2010. 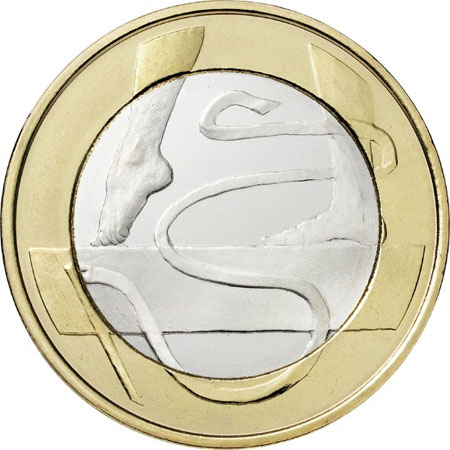 The nine coins will pay tribute to different sports in the series, with the first collector coin to be minted in the Sports Coins series paying tribute to gymnastics, one of the all-time most popular sports in Finland. The number of amateur gymnasts is estimated at 600,000, with approximately 150,000 active in sports clubs. All forms of gymnastics are constantly increasing in popularity in Finland. The Gymnastics coin is even more topical now, as Finland is hosting the international Gymnaestrada gymnastics event to be in Helsinki from the 12th to the 18th July. The remaining three issued in 2015 will feature Basketball, Figure Skating and Volleyball. The planned release schedule for 2016 includes Ice Hockey, Skiing, Football, Athletics and Ski Jumping. 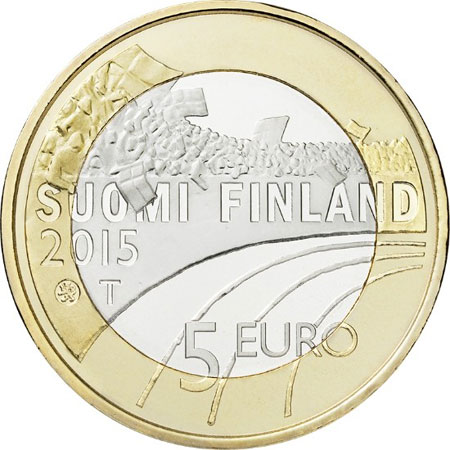 The Sports Coins are designed by veteran Mint of Finland artist Nora Tapper. The obverse of the Gymnastics coin depicts elements of the balance beam, the skilful gymnast delicately balancing on toes along with the flowing ribbon often seen during a routine or rhythm gymnastics. The reverse includes a scene of enthusiastic crowds in a stadium stand cheering on their nation’s athlete during competition, flags in hand. The text “SUOMI FINLAND” along with the year of issue and the denomination is added to the reverse.

The maximum mintages of the base metal sports coins will be 50,000 UNC quality and 10,000 proof quality coins. The first coin will be issued on the 6th July with the Mint of Finland accepting pre-issue orders from the 24th June.

For more information on this and other coins offered by the Mint of Finland, please visit their website at: http://www.suomenrahapaja.fi/eng/urheilurahat-voimistelu-proof/18727/dp?openGroup=327 Information offered in Finnish, English and Swedish – international orders dispatched where applicable.