The Mint of Finland has issued a new €10 silver coin to mark “Minna Canth and Equality.” Minna Canth was the first woman in Finland to be awarded her own national flag day. She was considered a versatile talent, both as a writer and as an opinion leader in social affairs. 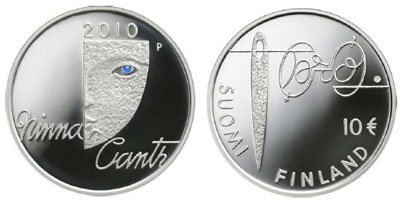 The obverse of the coin shows one side of a woman’s face superimposed with handwriting from Canth’s descriptions of the fate of women from her extensive dramatic works. The reverse depicts a needle which is in the shape of the symbol of womanhood. Through the eye of the needle is a thread of her written texts forming an image of equality.

The Mint of Finland’s website can be viewed at: suomenrahapaja.fi