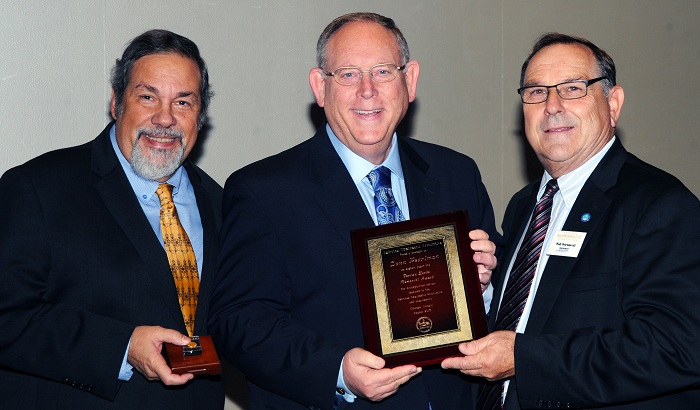 The following press release was shared by Universal Coin & Bullion in conjunction with the American Numismatic Association.

The Farran Zerbe Memorial Award, the highest honor bestowed each year by the American Numismatic Association, will continue to be sponsored by ANA Life Member Michael Fuljenz and Universal Coin & Bullion, Ltd. of Beaumont, Texas.

Fuljenz, President of Universal Coin & Bullion, has sponsored the prestigious award since 2012 and now has agreed with the ANA to extend the sponsorship through 2018.

“The American Numismatic Association is an important part of the hobby and has been an important part of my life. I worked for many years as an authenticator and committee chairman for the ANA Certification Service and as an instructor at the annual ANA Summer Seminars. In more recent years, I’ve happily helped promote and sponsor the annual conventions as well as the Zerbe Award,” said Fuljenz.

Named after a former ANA president, the Zerbe Award is given in recognition of numerous years of dedicated service to numismatics. The 2016 award will be co-presented by Fuljenz and ANA President Jeff Garrett to Mark Lighterman and posthumously to Myrna Lighterman at the ANA World’s Fair of Money® banquet in Anaheim, California on Friday, August 12.

“Our renewed commitment for annual $10,000 contributions to the ANA to underwrite the Zerbe Award and be a Title Sponsor of the ANA World’s Fair of Money is a sound investment in the future of a great organization and hobby,” said Fuljenz.

Produced by the nonprofit American Numismatic Association, the World’s Fair of Money is a family-friendly, educational event that will be open to the public, Tuesday through Saturday, August 9 – 13, in the Anaheim, California Convention Center. Visitors can see $1 billion of historic numismatic national treasures, including a U.S. Treasury Bureau of Engraving and Printing exhibit of $100,000 bills.

Fuljenz will be a featured speaker at the show, presenting an educational seminar about the national motto, “In God We Trust,” at 1 pm on Thursday August 11.

Known as America’s Gold Expert®, Universal Coin & Bullion President Michael Fuljenz has won dozens of prestigious Numismatic Literary Guild as well as other national and regional awards and honors for his consumer education and protection work in rare coins and precious metals. A respected community leader in his hometown of Beaumont, Texas, Mike also has served with distinction as a consultant to the Federal Trade Commission, United States Mint and Royal Canadian Mint, and is on the Boards of Directors of the influential Industry Council For Tangible Assets, Crime Stoppers of Beaumont, Texas, and is a member of the prestigious Professional Numismatists Guild and is a PNG Accredited Precious Metals Dealer.