The 50th anniversary of the July 20, 1969 Apollo 11 lunar landing will occur in 2019. At the time of this writing, Congress has not passed legislation for either of the two open commemorative coin programs for 2019. Now is the time to act to ensure that the greatest achievement in the history of the United States, and some could argue in the history of mankind, is commemorated in a manner befitting its magnitude by the country that against all odds and at great risk and expense accomplished this historic feat.

Half a billion people, myself included, watched this event unfold on television. For those that did not, this incredible story needs to be memorialized and preserved for the ages with a commemorative coin program. 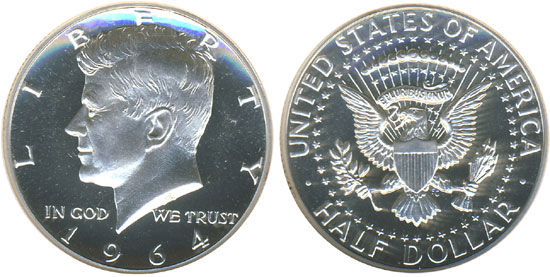 For centuries, man has gazed into the night sky, in awe of Earth’s mysterious companion, which appears so close but in reality is worlds away. Countless ancient and modern astronomers and scientists have contemplated a journey to the Moon with most believing it was an impossible dream. Impossible that is, until a young upstart country less that two hundred years in existence was challenged by its equally young President Kennedy in 1961: “I believe that this nation should commit itself to achieving the goal, before this decade is out, of landing a man on the moon and returning him safely to the earth. No single space project in this period will be more impressive to mankind, or more important for the long-range exploration of space.” Indeed.

America is the only country to have landed men on the moon and returned then safely to earth, doing so just 8 years after committing itself. The stakes were high and success was not assured. Now it is our responsibility to ensure that current and future generations born after the Apollo program concluded in 1972 are fully versed in this American point of pride. 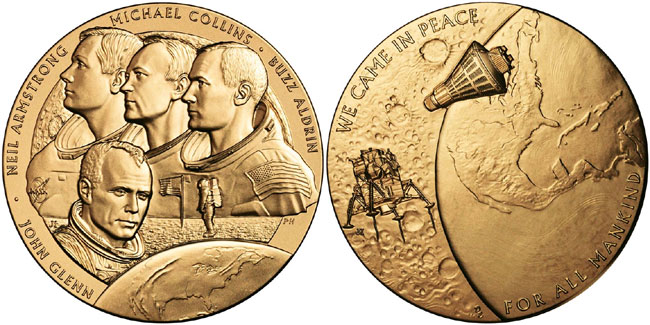 The United States Mint now has the ability to produce convex coins such as the 2014 Baseball Hall of Fame Commemoratives. This issue enjoyed widespread popularity, rapid sellouts, and brought a great deal of publicity to the sport of baseball. Imagine what an Apollo commemorative would look like using the same planchet. The New Frontiers Congressional Gold Medal is a good place to start. Such a series of coins would not only be historic but would enjoy commercial success as well. It would also serve to bring much deserved recognition to NASA’s past accomplishments and inspire a new generation.

The mission of the Citizen’s Coinage Advisory Committee (CCAC) is to advise the Secretary of the Treasury on the themes and designs of all US coins and medals. Earlier this year during my term on the CCAC, I proposed such a commemorative program and it received the unanimous approval of the committee as one of two proposals for 2019. However, by law legislation must be initiated and passed by both houses of Congress and signed by the President in order to make this program a reality.

Surely there are legislators, particularly in those states typically associated with the space program, who would agree that this is an opportunity that must be seized. My sincere hope is that this editorial will be the catalyst needed to see this mission to honor these uniquely American heroes, along with those that made it possible, through to completion.