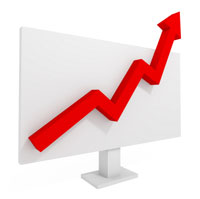 For many years, there have been potential buyers of gold and silver who have sat on the sidelines, waiting for “the right time to buy.”  In my experience, most of these people never do get around to actually jumping into the market.  Those who eventually do will often wait so long that they end up buying only after the market has seen a major rise.

To help these fence-sitters, let me share some market indicators that I have observed for over 30 years as being reliable clues that prices will soon rise by significant percentages.

Several of these clues have to do with identifying whether the market is experiencing significant shortages of physical metals.

In the silver market, there are two indicators that need to be flashing warning signals at the same time.  One is the price relative to melt value that wholesalers are paying to purchase US 90% silver coins.  Refiners have to purchase these coins at least two percent below their melt value in order to profitably refine them to sell as pure silver.  If the wholesalers are paying more than 98% of the melt value of the coins, this major potential supply of silver will not be melted down and refined, causing supplies to tighten.  If the wholesalers are paying less than 98% of the melt value, that means refiners can profitably purchase the coins to melt and refine, causing physical silver supplies to increase.

The other silver indicator is the difference between the London market silver spot price and the New York COMEX silver spot price.  For a bar to be deliverable on the London exchange, it has to be refined to a minimum of .9999 purity.  Bars for COMEX delivery need only be .999 pure, which is not acceptable for delivery in London.  The London Bullion Market Exchange is the world’s largest physical silver market.  Very large orders for physical silver are almost all transacted in London.

The London market is where Warren Buffet’s Berkshire Hathaway bought its 129.7 million ounces of silver in the late 1990s.  When Buffet demanded delivery instead of holding paper contracts, there simply were not enough silver inventories on the London exchange to fill the order.  To obtain sufficient silver, those who sold to Buffet bought huge quantities of COMEX silver, sent it to the refiners to be refined to the higher purity, and shipped it to bonded warehouses in London.  As the delivery deadline neared, Buffet let the sellers off the hook (at a ransom of about 50 cents per ounce {when silver was about $7 per ounce} for a six month delivery extension, I heard), the London silver spot rose to a premium of about 37 cents per ounce higher than on the New York COMEX.

According to the best information I have, in large quantities it would cost 8-10 cents per ounce to refine COMEX silver to the higher purity standard and get it air-shipped across the Atlantic Ocean to London.

Currently, wholesalers are paying about 99% of melt value for US 90% silver coin, which means that this source of physical silver is not available to refiners.  However, the London silver spot price is only about three cents above the COMEX spot, which means there is no urgent shortage of physical silver in London.  Conclusion—the price of silver is not set to explode in price immediately.  When both of these indicators turn positive, though, watch out.

In the gold market, perhaps the most important indicators are the degree to which the price of gold can be suppressed and how quickly it recovers.  In years past, it was possible for the US government, through its trading partners, to almost invisibly knock down the price of gold by 10-20%, where it would often take at least three months to recover.  In such circumstances, it was obvious that the price of gold was not going to explode upward.

Compare that experience to the gold market since early December 2009.  The price of gold dropped barely 5% at the most extreme from the early December all-time highs.  Even this limited decline was only accomplished by ever more blatant manipulation tactics—think of the statement by the International Monetary Fund that it would sell almost 200 tons of gold “on the market” and the decision by the Federal Reserve to raise an overnight bank lending rate by 50% (from 0.5% to 0.75%) as two glaring examples.

Three consecutive days last week, the price of gold was almost instantly knocked down 1-2% (a pattern rarely observed in freely traded commodity markets) at the key times of manipulation:  upon the open of the London market, or right after the London PM fix was set shortly after the New York commodity markets opened, and right after the COMEX closes.  Yet, the price of gold quickly recovered almost all lost ground as new buyers jumped in to snap up gold at the bargain price.  This pattern of a 1-2% drop in the gold price in the space of a few minutes is about as obvious a sign of manipulation as there is.

Conclusion—the extreme volatility of gold price swings in the past few weeks indicates a significant possibility that the price of gold will soon rise by 5-20% (or more).

There is one more indicator to watch that could signal imminent near term jumps in gold and silver prices.  If the interest rate yield on 10-year US Treasury debt tops 4%, that would be a sign that investors are becoming extremely worried about near term inflation.  In fact, that would indicate that investors are concerned enough about inflation to overcome the hundreds of billions of dollars that the US government’s has spent in recent months to hold down this key interest rate.  The interest rate nearly reached 4% last December, but has been heavily manipulated every week since.  If investor fears overcome the US government’s financial might, the prices of gold and silver will be off to the races.

There are many more indicators used by other analysts that I also examine, but these are some key basic ones that I have found to be of more significance than others.  You are welcome to use them for your own profit.