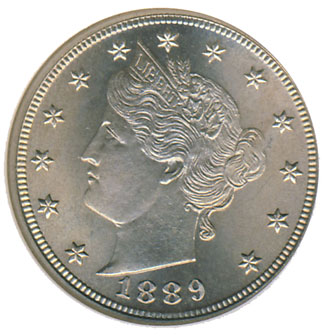 From March 26 through March 29, the spring installment of the Whitman Coin & Collectibles Expo was held in Baltimore, Maryland. The show was located in a different hall than usual, but the floor layout had a similar setup, making it easy for visitors to locate their favorite dealer(s). The show was well attended, in particular on Friday, when the show seemed bustling with activity, particular when compared to previous shows.

Readers of my past show reports might have noticed that the shows seem to be decreasing in overall attendance, compared to a few years ago, when the bullion market was at its height. It seems that collectors who have also invested in gold and silver are holding precious metals (some of which may have been purchased at a much higher price than today’s levels), keeping much needed cash away from the shows. The online coin market might also be taking away funds that would previously have been spent at coin shows. The Baltimore show, however, saw positive signs that the retail market is slowly gaining strength, a trend that we have seen in the increase of online sales (as reported by many dealers) over the past couple of months.

Many dealers that were in attendance in Baltimore reported much better than expected sales. One dealer reported that the show exceeded all his expectations, and that he might even consider attending the summer show, which usually sees less dealers setting up. Another mentioned that while buying was a bit on the slow side his retail sales were excellent. It seems that original, problem free 19th century collector coins were in particular demand, with dealers carrying certified material in the $500-$5000 range reporting multiple sales at those levels. Of course collectors are always looking for different things, but this was one particular area of the market in which sales were particularly strong.

Of course there were also dealers who had less than spectacular sales. One West Coast dealer remarked that one possible explanation for this was simple geography: dealers located in the eastern states had better shows in that area, while West Coast dealers had more sales in their geographic area. Whether this is true or not is open to speculation and who you talk to at any moment in time; personally I believe location of your business is less relevant than, for example, the location of your table at any show, the inventory you carry, and of course the prices you are asking for your numismatic products.

Overall many dealers left the show with positive feelings, which is always a good thing, especially in an insecure market such as the present. Many dealers mentioned that it was difficult to buy in today’s market, since many coins have seen price changes, and it is hard to figure out what a certain coin is worth exactly right now. Price fluctuations are normal in any collectibles market, and over time the markets will certainly adjust, especially if dealers will continue to report good shows.