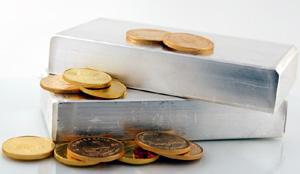 One of my most reliable sources of inside information on what is developing in the physical gold market is a London metals trader whose name I do not know.  I have never talked directly with him.  Instead, he talks with friends of mine who pass along his tips.

This same source also alerted me during the summer of 2009 that the price of gold would be jumping significantly by the end of September.  It did rise more than $200 by then.

When he has something to say, I listen.

Identified only as “KWN Source,” this trader was interviewed in a report posted on King World News on December 14.  You can read the whole interview at http://kingworldnews.com/kingworldnews/KWN_DailyWeb/Entries/2010/12/14_KWN_Source_-_When_That_Happens%2C_The_Game_is_Over.html.

The very first quote sets the tone for the interview.  The source said, “Last week Asian buyers let the price come in to them.  They were buying all day long, hitting all of the offers and they were not sending the price higher.  As much as the orchestrators were hitting the bids, there were some smart buyers hitting the offers.  The thinking was, I can pick up tonnage here, literally I can pick up tonnage here.”

However, the Far East buyers are having a problem finding live physical gold and silver to purchase.  So what they are doing is they are using their US dollar reserves (in the cases of central banks and governments) or US dollar holdings (for private sector entities) to sell short the US dollar and to buy paper gold or silver as a foreign exchange transaction.

Such transactions mean that the buyers have effectively hedged themselves by dumping US dollars and buying paper gold and silver.  The ultimate goal is to convert all of these purchases at the current spot prices into physical gold and silver as it becomes available.

Later in the interview, the source states, “If these guys converted all of their spot to physical, there would be massive default today.  No one in the US understands that, the Asians are laughing at these guys.  It’s a way to unload billions and billions of dollars into the market.  Looking at the futures markets gives you a totally false impression of what is going on, this is going to totally blow up.  Remember if you are China, your primary goal is to get out of trillions of dollars, that means purchasing hard assets such as gold and silver.”

He goes on to say, “It’s eventually going to blow because at some point these buyers will say, ‘I’m indexed, but I actually want to get all of this physical gold and silver now.’  When that happens, the game is over.”

I can guarantee you that no mainstream media source is reporting that the trading statistics from the commodity exchanges are almost meaningless, as they do not reflect the eventual strong demand for physical gold and silver.  They certainly are not telling you that there are buyers ready to snap up large quantities of paper gold and silver as quickly as those trying to suppress prices are selling short.  The longer this goes on before things “blow,” the higher that gold and silver prices will soar.

Because of this lack of news coverage, almost no Americans have any idea what is going on in the physical gold and silver markets. Although they may realize that prices are near all-time highs, ignoring the effect of inflation, they have no clue just how much higher prices could go in the next year or so.

A couple weeks ago, this source said he expected the price of gold to reach at least $1,540 by mid-January.  That is similar to my expectation that gold would reach $1,600 by the end of January.  Once we get past the end of January, who knows how high (or how quickly) gold and silver prices will reach.