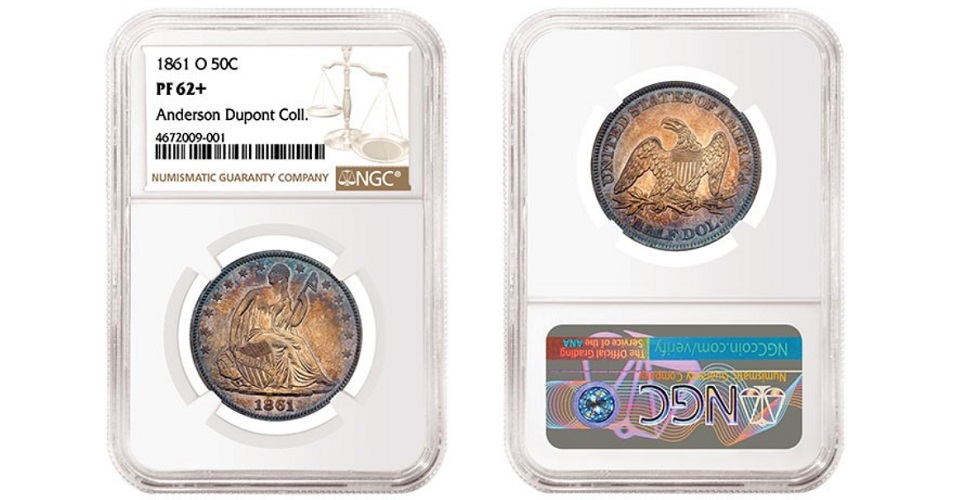 1861-O half dollar graded NGC PF-62+ and pedigreed to the Anderson Dupont Collection. Hover to zoom.

The fast-growing marketplace has a great inventory of rare coins available online.

Important rare coins certified by Numismatic Guaranty Company (NGC), including a Proof struck the year the Civil War began, are among the items available at MA-Shops. NGC is the Official Grading Service for MA-Shops, a leading numismatic marketplace whose sales have grown exponentially as interest in coin collecting has spiked in recent years.

Among the coins currently listed on MA-Shops’ website is a rare 1861-O half dollar graded NGC PF-62+ and pedigreed to the Anderson Dupont Collection. Listed at $937,500, it was struck in 1861, when the New Orleans branch mint moved from control of the federal government to the state of Louisiana and then to the Confederacy. Proofs struck outside of Philadelphia in this era are extremely scarce.

MA-Shops is also offering a Great Britain 1937 five-Sovereign graded PF-63★ for €10,500 (about $11,000). The coin’s obverse displays a portrait of King George VI, who reigned from 1936 to his death in 1952. The grade includes NGC’s Star Designation, which is used for coins with exceptional eye appeal. 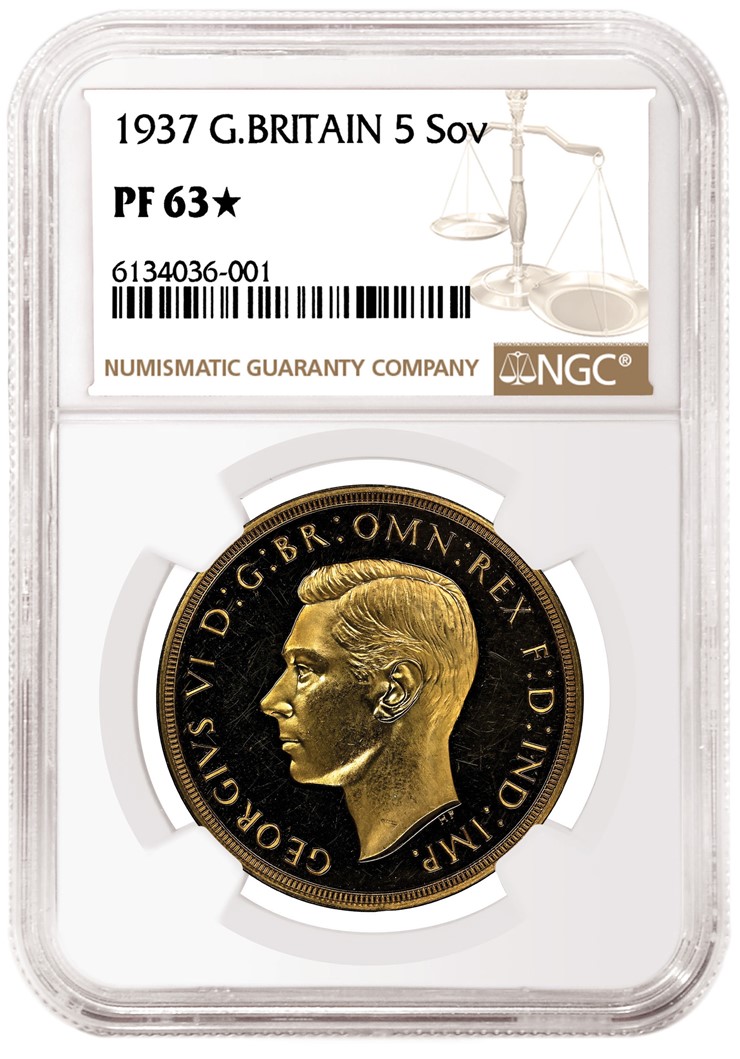 MA-Shops is also featuring an 1885 Quarter Eagle graded NGC AU-58 PL, listing it at $9,250. It includes NGC’s PL strike character, which stands for Prooflike, meaning the fields contain a higher-than-normal degree of reflectivity. 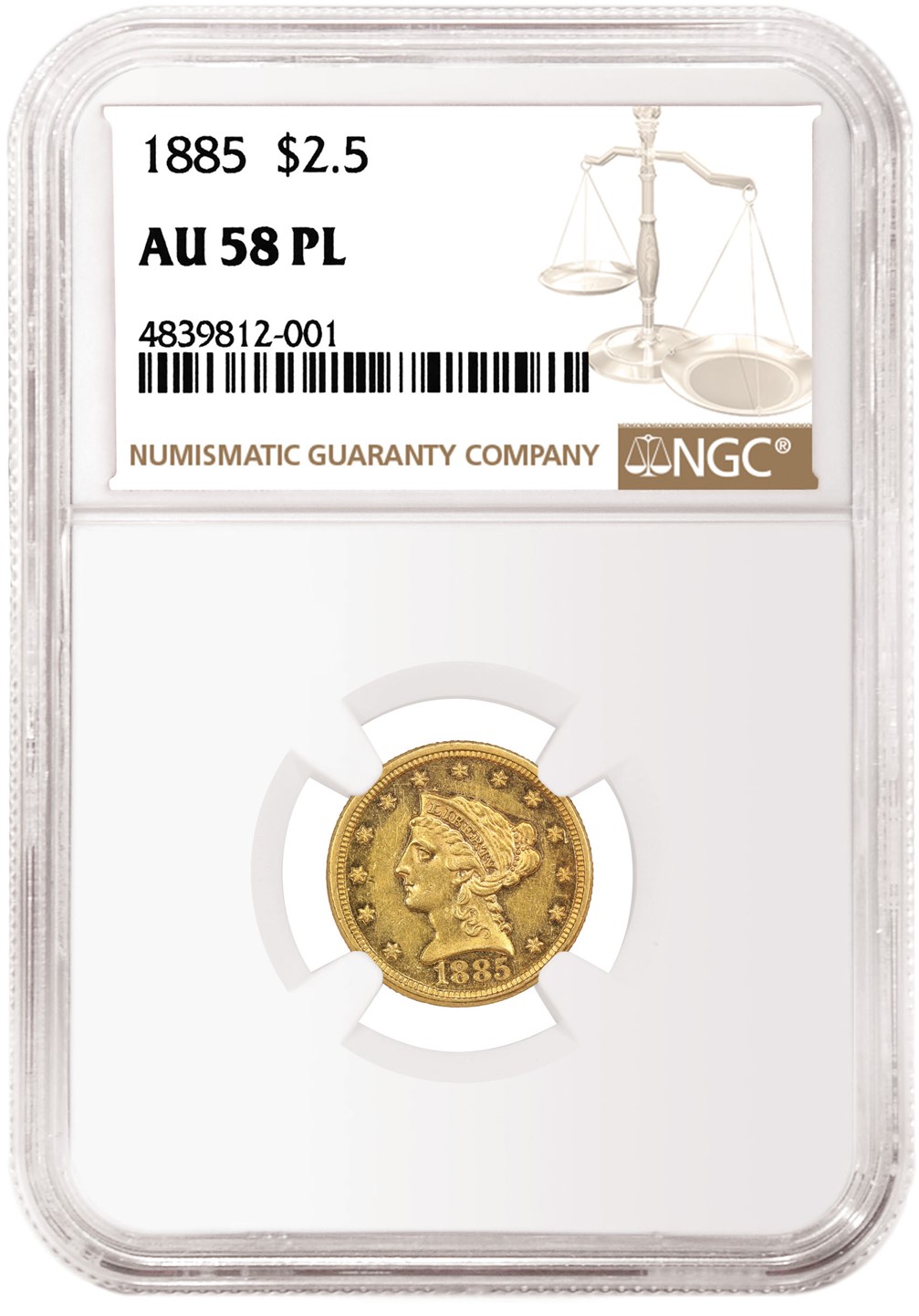 MA-Shops, with offices in Florida and Germany, says sales increased by more than six times from 2017 to 2021, during which interest in numismatics reached new heights. The company also sells banknotes, medals, and other items.

“We are very pleased with our U.S. revenue growth and the continuing momentum we are seeing in 2022,” said Joachim Schwiening, founder and CEO. “We have been strengthening our U.S. relationships and welcoming new dealers who are adding diversity and quality to our robust inventory.”

NGC is the world’s largest and most trusted third-party grading service for coins, tokens, and medals, with over 53 million coins certified. Founded in 1987, NGC provides accurate, consistent, and impartial assessments of authenticity and grade. To ensure impartiality, NGC does not buy or sell coins and its full-time graders are prohibited from buying and selling coins commercially. Every coin that NGC certifies is backed by the comprehensive NGC Guarantee of authenticity and grade, which has added confidence and value for collectors and dealers around the world. Learn more at NGCcoin.com.

MA-Shops.com, a leading numismatic marketplace, was founded in 2005 by Joachim Schwiening, MA-Shops CEO. Their collections of curated ancient, U.S. and world coins, medals, banknotes, militaria, and antiquities are offered by Certified Dealers.