I decided to submit these to PCGS because it rarely grades MS60 and MS61 anymore, seemingly believing that any such coin deserves an AU58. But that’s a subjective opinion.

These were premium-quality coins–so much so, in fact, that I believed the prooflike coins might come close to deep mirror, especially the 1880-S.

Here’s how the grades came back:

So much for prooflike! 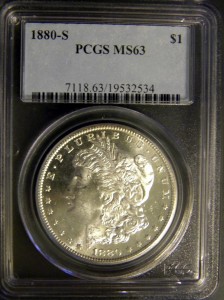 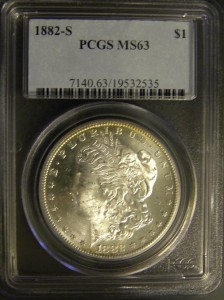 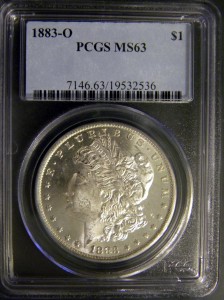 In the first grouping, I lost the prooflike but gained two points on the Sheldon scale. Those coins at MS61PL are worth $47, according to PCGS values. At MS 63, without prooflike, they are worth $75 each. Exchanging the OGH for NBH cost $26 per coin at Economy (all costs included), so at $47 plus $26, the coins increased in value by $2 each.

You can get different results, but my take on this remains Them Old Green Holders Ain’t What They Used To Be, even at low mint state.

POST SCRIPT: Then again, a one or two point difference on some Morgan dollars can spell a tidy profit, especially with rare Carson City and a few San Francisco and New Orleans dates. In those few cases, you might trade your OGH for a NBH … or just consider a CAC sticker and be done with it.