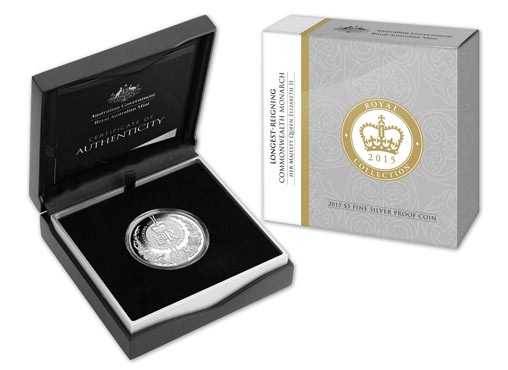 Australia is part of the Commonwealth of Nations and recognizes Elizabeth II as its official monarch. Queen Elizabeth II is also the only reigning Australian monarch to have visited the country since New South Wales was established as a British colony in 1788. The queen was actually due to visit Australia in 1952 on behalf of her ailing father, King George VI, but while on her way she learned of his unexpected death and rushed back to London, where she succeeded to the British throne.

Her first visit to Australia occurred on February 3, 1954, when she was greeted by tens of thousands of Australians who showed their delight in seeing their queen for the first time. The tour lasted nearly two months; the queen visited all six states, including the Australian Capital Territory. It was estimated that nearly 75% of the Australian population caught a glimpse of the queen, who officially opened her first session of Parliament on February 15, 1954.

Queen Elizabeth II was also present for the official opening of the Sydney Opera House in October 1973, as well as other international events, such as the World EXPO in 1988 and the Commonwealth Games held in Melbourne in 2006. Since then, the queen has visited Australia a total of sixteen times, the most visits from any member of the royal family. Her more recent visit occurred in October 2011, when she hosted and headed the Commonwealth Heads of Government summit in Perth. This was believed by many royal watchers to have been her last visit, due to Australia’s great distance from the United Kingdom.

Although there have been debates over the years regarding the continuation of the monarchy, many Australians consider the queen to be the personification of tradition and stability in an ever-changing world. The country stands alongside its fellow Commonwealth nations on this day to celebrate an exceptional milestone as Her Majesty Queen Elizabeth II becomes the longest-reigning Commonwealth monarch.

The three coins, including a gold, silver, and twelve-sided 50 cent piece, share a common reverse design featuring Her Majesty’s royal insignia, the Coronation Spoon, and an enchanting border consisting of the coronation oil’s ingredients beside Australia’s golden wattle. The obverse includes the effigy created by Ian Rank-Broadley, which has been used on Australian circulation, commemorative, and collector coins since 2000. 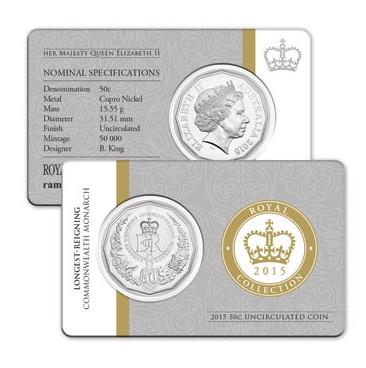 The Uncirculated 50 cent coin is presented in a custom coin-card. The silver crown coin is available either as a separate purchase or in a three-coin set that includes the collector coins from the United Kingdom and Canada. The gold coin is only available in the three-coin set with the gold coins from the United Kingdom and Canada. For more information on these and other coins offered by the Royal Australian Mint, please visit their Web site. Information is offered in English, with international orders dispatched where applicable.