The European Central Bank and the Bank of Lithuania – Lietuvos Bankas have announced that Lithuania, the last of the three Baltic States to join the Eurozone, will do so from the 1st January 2015.

The EU Council formally approved the accession of Lithuania to the euro area on 1 January 2015 and determined the euro conversion rate of the Lithuanian Litas at 3.45280 to 1 EUR (coinciding with the level of the current central rate of the litas in the exchange rate mechanism ERM II). The European Central Bank (ECB) and Lietuvos bankas agreed to monitor developments in the foreign exchange market of the Lithuanian litas against the euro until 1 January 2015. The Bank of Lithuania have been making the needed preparations since the beginning of the year in order to fulfill the needed criteria of the ECB and EU council and also distributed information and images of the 2015-dated EURO coins under production. 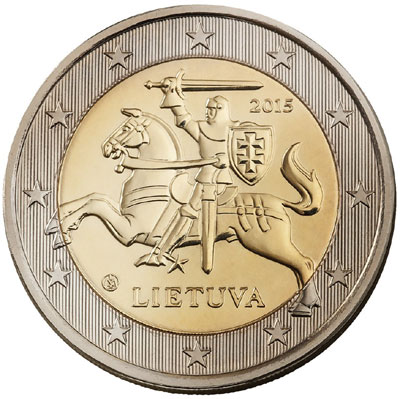 As part of Lithuania’s accession to the Eurozone, the ECB will take over direct supervision of the biggest Lithuanian banks in January 2015 as the country is also joining the Single Supervisory Mechanism. As requested by Lietuvos bankas, Lithuania has been taking part in the comprehensive assessment of bank balance sheets along with the 18 euro countries since January 2014.

Lithuania will become the 19th member state within the European Union to adopt the single currency at the beginning of 2015 and have been actively preparing in terms of producing EURO coins for the change-over since the beginning of this year, announcing that the UAB Lithuanian Mint in Vilnius will produce the coins needed in order to fulfill the demand for EURO coins by the 1st January 2015. 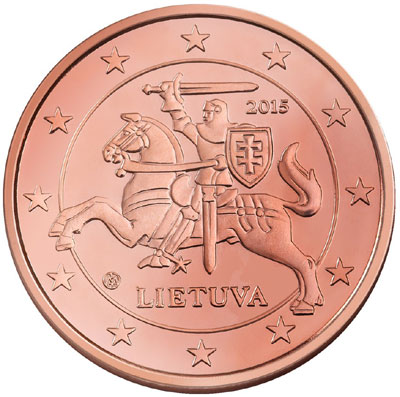 The Lithuanian circulation euro coins, whose design was finalized as far back as 2007 will all bear the national symbol which is the coat-of-arms of the State of Lithuania, the Vytis. The coins were designed by sculptor Antanas Žukauskas and depict the Vytis surrounded by 12 stars along with subtle differences on the surface rim denoting denominational differences. The Bank of Lithuania are also committed to preparing as many as 900,000 Euro-kits for national distribution, most likely in December of this year for the launch of the EURO in January.

For further information on the Lithuanian change-over of the litas to the EURO, please visit the Bank of Lithuania at: http://www.lb.lt/en_index.htm Information offered in English and Lithuanian.